The Queen Announces That, Age 93, She Can Still …

The National Institute of Agricultural Botany near Cambridge, England, an international center for plant science, crop evaluation and agronomy, was celebrating its 100th anniversary, and Queen Elizabeth, 93, had been invited to stand by for a ceremonial tree planting.

The Queen, wearing a pink hat, pink coat and a white dress with pink fritillaries, was having none of it.

“I can still plant a tree,” she said on Tuesday, handing her signature Launer handbag (by Royal Warrant) to a lady in waiting and grabbing the shovel with her long white gloves.

And so, at age 93, the Queen shoveled three loads of dirt into the hole and then stood back with a satisfied look. 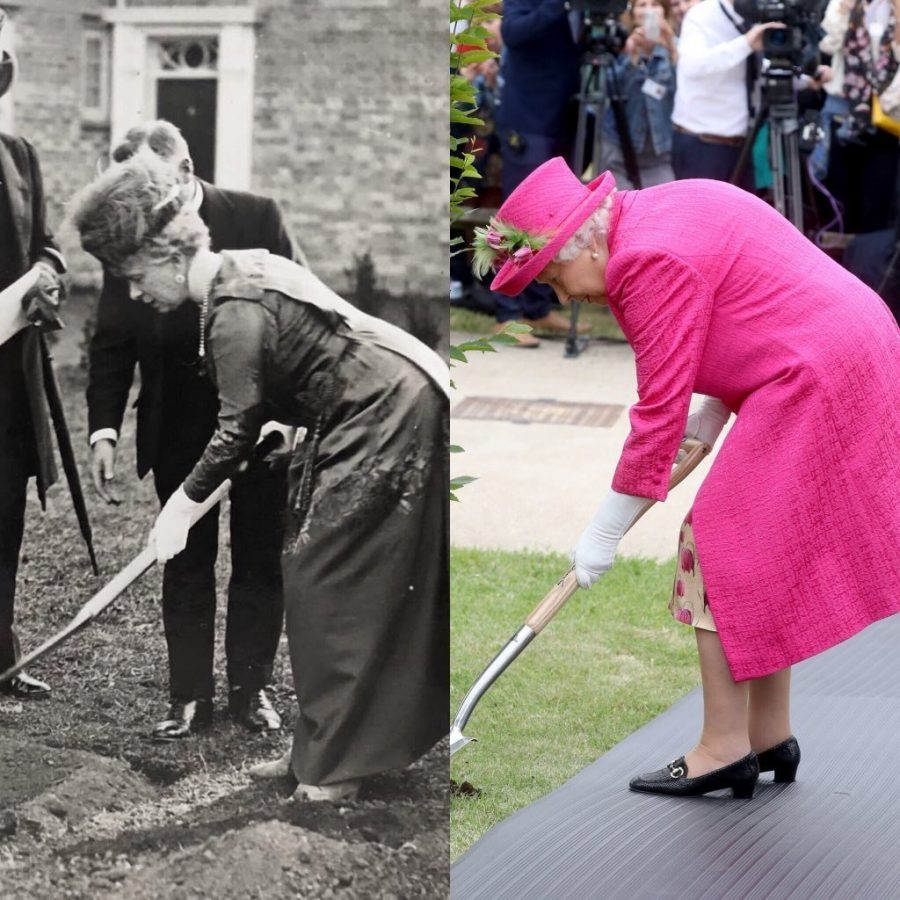 The hornbeam she planted replaces a mulberry tree that her grandparents, King George V and Queen consort Mary, planted when they visited the newly founded institute on October 14th, 1921.

“No, the tree,” clarified the Queen.

It was announced that a bowl made of wood from the mulberry tree was now to be presented to the Queen.

“It’s very nice, we’re very grateful for that,” she said, accepting the bowl and mumbling the usual pleasantries.