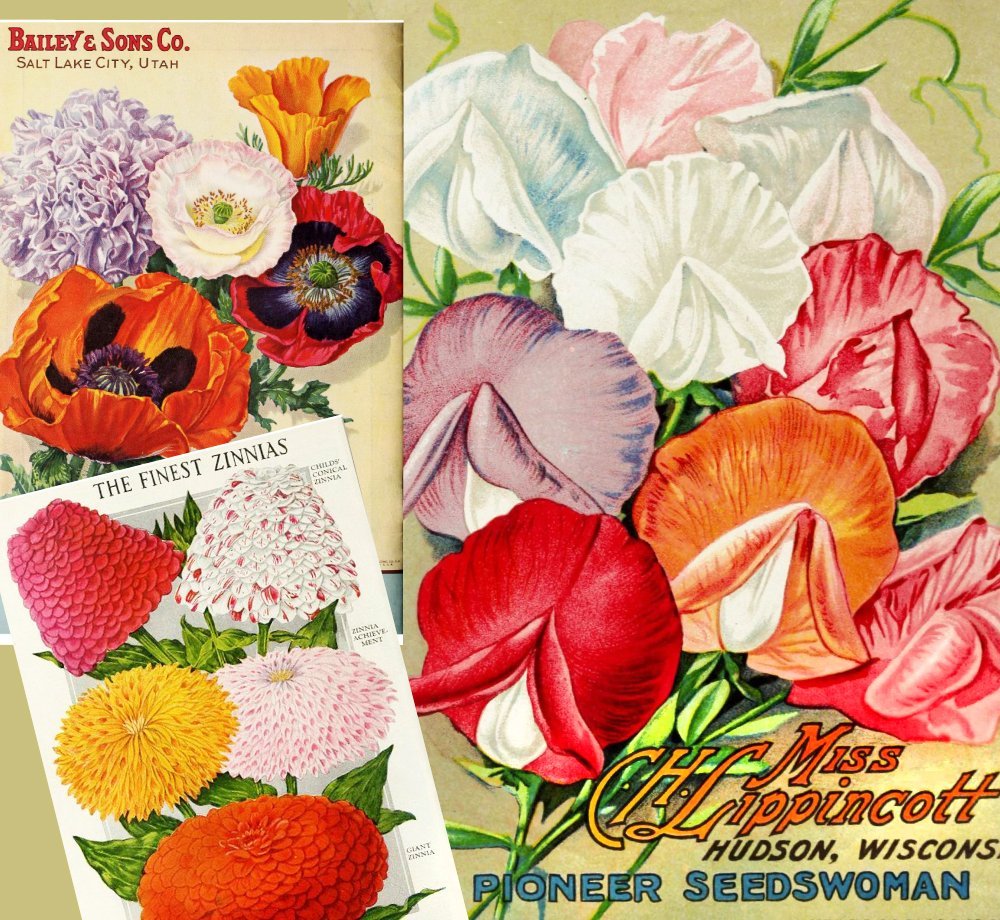 Thomas Jefferson once said that he wasn’t greedy. He just wanted his own land, and the land next to that. That’s the way I feel about flowers. I want my own flowers, and all the flowers I see next to them in the garden catalogs.

This hardly seems like a complaint, but I can barely yank the bills out of my post office box, because there are so many garden catalogs crammed in there. Gardening companies don’t ever seem to lose track of me, no matter how often I move, or how rarely I order.

They won’t get me with pictures of giant tomatoes. I want flowers and shrubs like roses and lilacs. I’ve got a perfect place for a climber called Eden, or Pierre de Ronsard, which is in the White Flower Farm catalog, a dangerous place for me to look. Eden has a lovely scent, lots of petals, is slightly cupped and blooms all summer. Pink and cream. What is not to love? All I need is to find a spot and build a fence.

White Flower Farm knows my weak spot. It also has blue perennial geraniums. Have I been so ignorant my whole life I never knew there were blue geraniums, and that you could plant them in the ground and leave them there? And they would come back the next year? And had I heard of the hardy amaryllis, the one that you plant in the ground and leave it there? Some people have done it in zone 6, in the right spot, and I’m in 5b… well, probably not.

But there’s the idea of planting a Mexican tuberose somewhere in the garden. I know florists like to sneak tuberose into bouquets, because people always think bouquets should smell good, and often they don’t. Once we’re past spring, there’s very little other than roses that offer up scent, unless you have jasmine. But just one tuberose…

At that point I am off to the races. Those geraniums, turns out they are called Cranesbill, $16.95 for one plant and they bloom from June to September. The photo shows an entire bed of them, what looks like about ten-years-worth of growing and spreading, if you start out with a healthy, shall-we-say ten plants? So that’s $170 worth of, well, bedding plants. And I’m not sure I have ten years’ worth of gardening and weeding in me.

Speaking of which, I saw a great deal on 100 gladiolus bulbs.

And then I remember how much trouble I had last year planting 50 glads. It didn’t seem like that big a deal when I bought the bulbs. But when it came time to dig into the heavy clay, well, I ran out of steam. I began dropping two bulbs into a hole.

Finally I gave the last ten away. They were pretty, those glads. I was happy to have them. But I’m not sure I’m going to plant another 50 this year. I know I’m not going to plant 100. 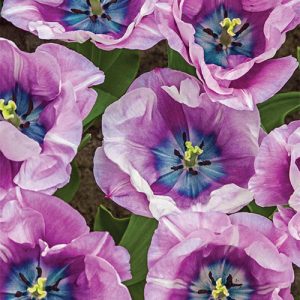 I know that because the K van Bourgondien bulb company seduced me with their gorgeous Triumph Tulip Carre last fall. The catalog said “Stunningly Unique!”  A welcome mid-season tulip that opened up as a real purple, then opened further and turned silver. And then, inside, was a steel blue with dark anthers.

I got 40 of them, then found myself on my hands and knees, on December 1, digging in ground that was almost frozen and cursing the bulb catalog (and of course myself).

K van Bourgondien just sent me a new catalog, with the most beautiful daylilies on the cover.

Also, I need a white lilac bush. A double white, with a strong perfume, but White Flower Farm doesn’t have one. Do they know something. Is it that hard to find a good double white lilac, one that smells like a lilac?

I look at another catalog, and suddenly notice something else I’d never seen before. Ground orchids.

Ground orchids? Spathoglottis plicata, the Philippine ground orchid, bearing up to 40 pink or purple upside-down flowers. Of course, it’s still an orchid, and you need to treat it like the princess it is. Not too wet, not too dry. Not too sunny. Certainly not too cold.

Once it flowers, you have to cut the dead flowers off at the next node. And of course, you need to dig it up and take it inside for the winter.

Sounds like a lot of pampering, for something growing in the ground. But then again, imagine someone sitting down on a garden bench, glancing over and saying… “Is that an orchid?”

Hey, I’m from Minnesota, and our state flower is the Lady Slipper, a wild terrestrial orchid that makes it through beastly winters. Not that I’ve ever seen one. And I believe it’s illegal to pick one. As far as I know they don’t even exist, but we had to draw them in sixth grade.

I don’t need another peony, or any more daylilies, but I’m always tempted by something new.  I once lived in a little house with more than 100 peonies, a complete imbalance. A mansion’s worth of peonies around what was, essentially, a shed. But perhaps that is my dream home, a shed surrounded by a mansion’s worth of flowers. And a bigger post office box.