The theme of The Philadelphia Flower Show, which runs this year, 2019, from March 2 through March 10, is Flower Power, a nod to the psychedelic summer of love in San Francisco, 1968, more than 50 years ago. 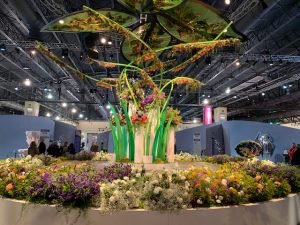 But for serious admirers of floral art, the big event this year was the FTD championship of champions. It was a bit like three-day eventing in the horse world, to test florists in different skills. First the 23 contestants, who had already won the right to represent their countries by competing against all others florists in their home countries, had to construct tall structures in their booths against the clock.

That winnowed the field from 23 down to a smaller group, who were then asked to create first a romantic centerpiece for two, and also a hand-tied bouquet that demonstrated a relationship between light and form.

That challenge yielded five contestants, once each from Australia, the Czech Republic, Germany, Hungary and Russia. 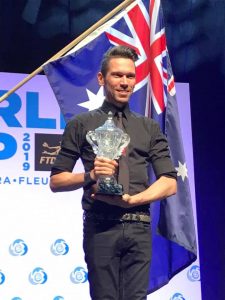 The winner was Bart Hassam of Australia, who claimed the $17,000 purse and the far-greater honor of winning the competition, held only every three or four years, and in fact for the first time at the Philadelphia Flower Show, the largest and oldest flower show in the United States.

Jill Brooke was there, and covered the excitement, which I think you can hear in her voice. 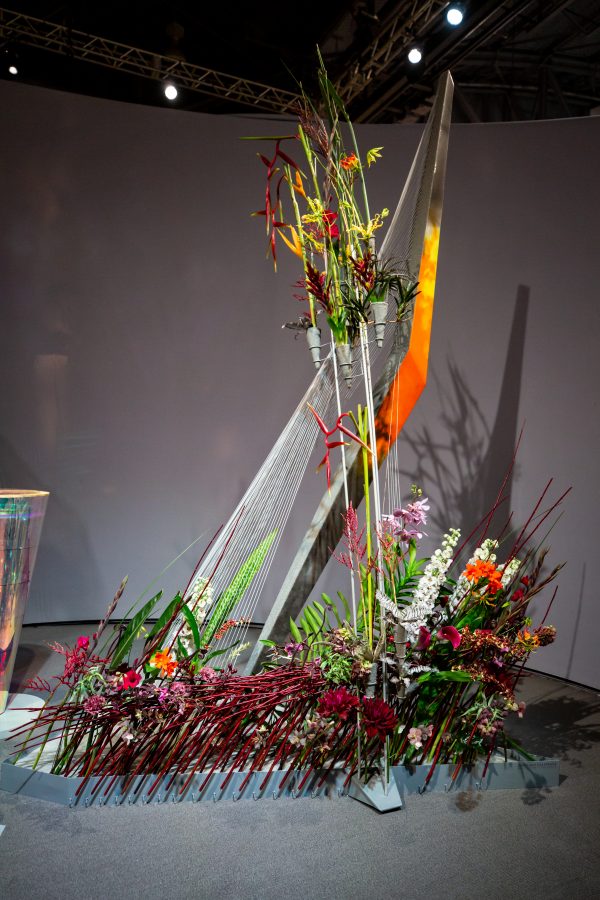 The first runner up is Natalia Zhisko of Russia, whose first construction is seen above; Tamás Mezőffy of Hungary, seen top, finished third.

For more pictures, check out our story on the FTD World Cup.