In honor of Queen Victoria’s 200th birthday, May 24th, 2019, the Royal Horticultural Society in association with the British Florist Association came up with a competition to create floral crowns.

The florists represented British Floristry to the more than 100,000 visitors to the annual Chelsea Flower Show. At least two-thirds of the finished design had to be fresh flowers and/or plant material. 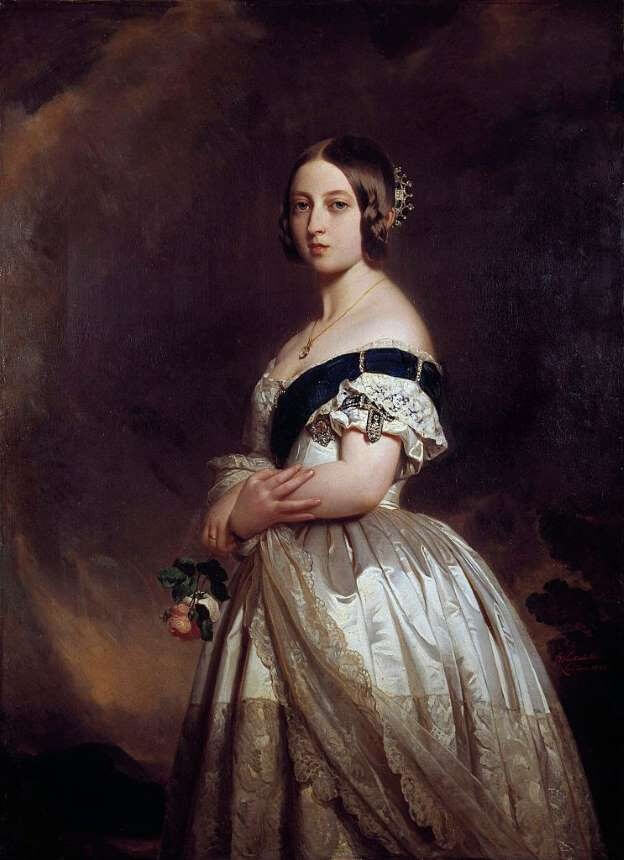 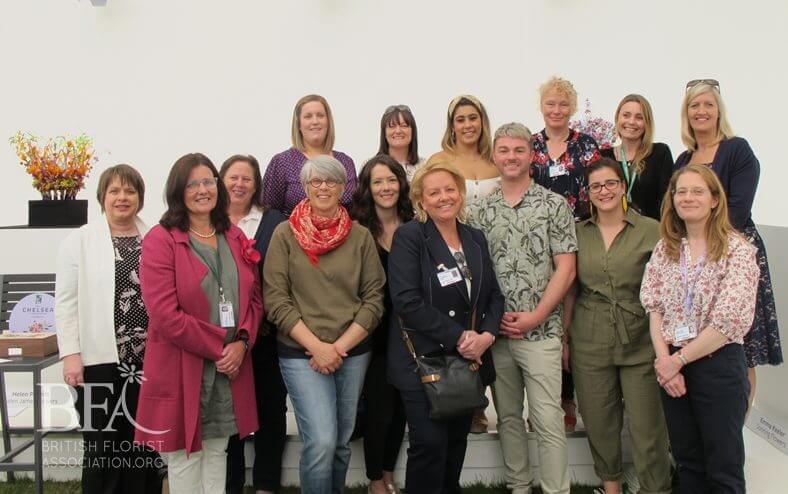 Finalists used a variety of flora to create serious and sometimes whimsical creations in honor of Victoria, who created trends by using live flowers in her wedding attire to Prince Albert.

Here are some of the selections.  Can you guess the winner?  We will share with you shortly. 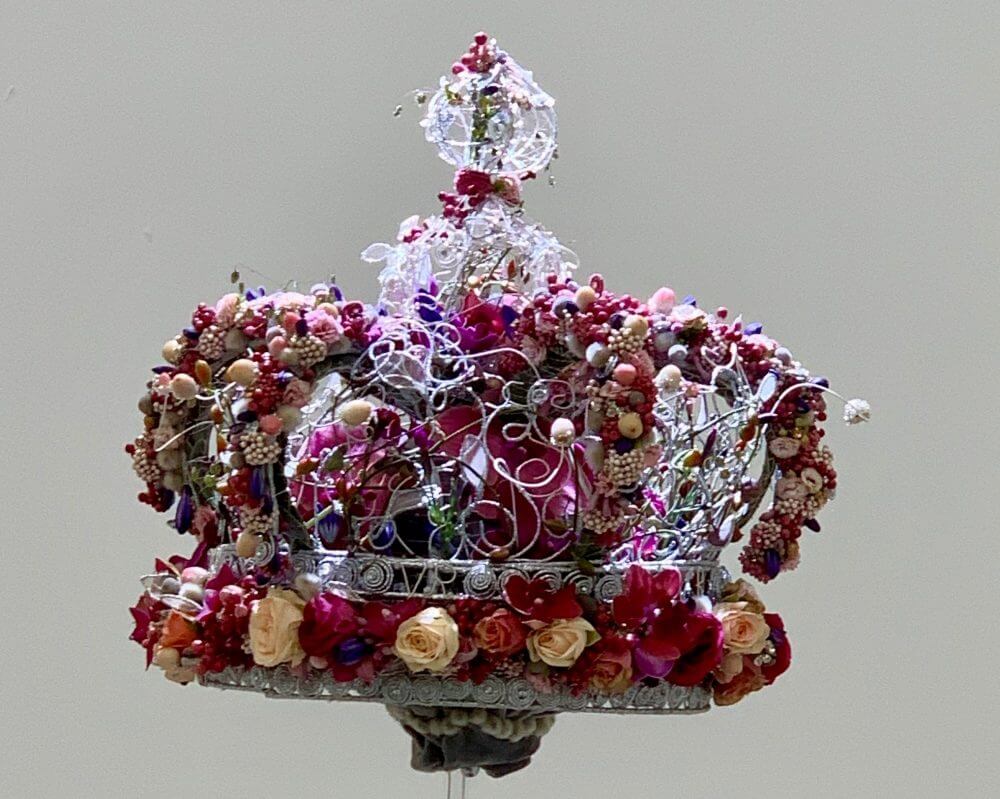 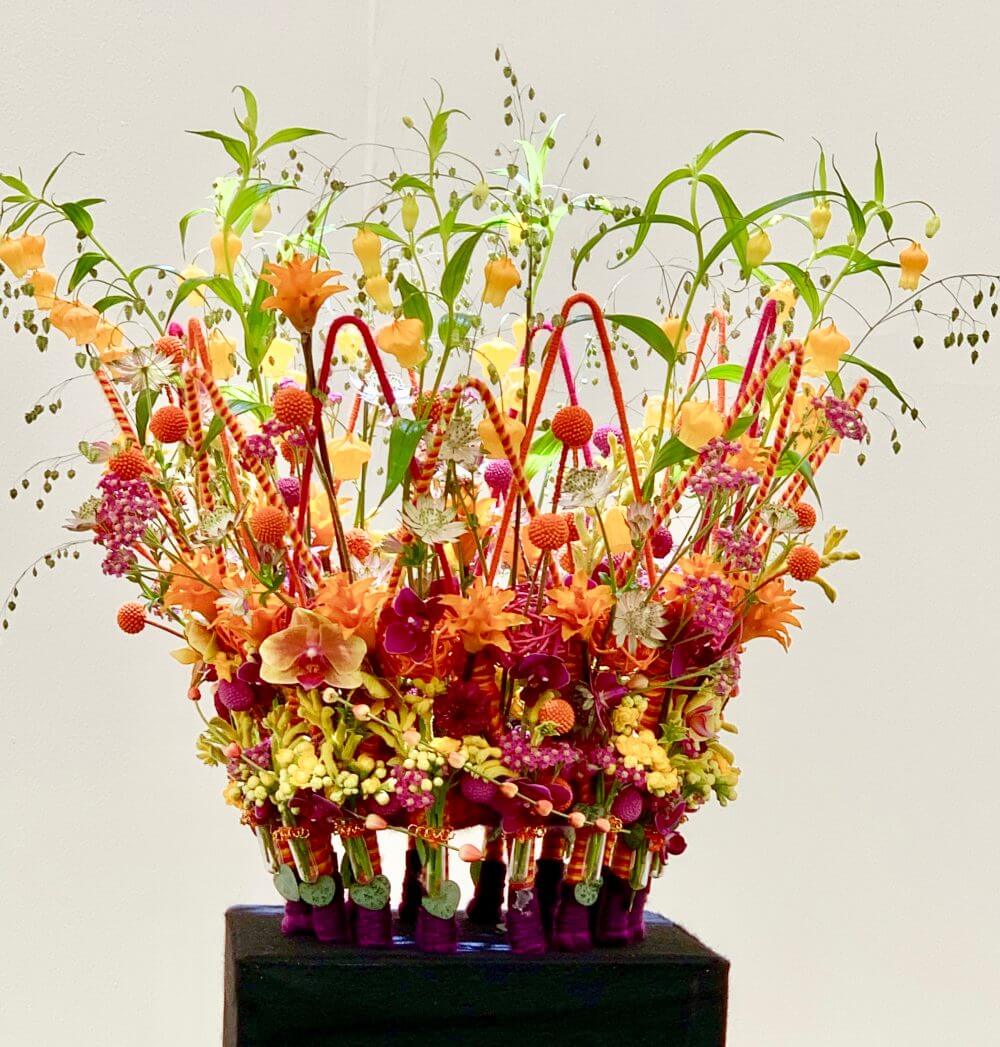 Lucinda Knapman, below, won the Bronze Award. Although her crown was fresh and airy, in my opinion, it needed more mature blooms. 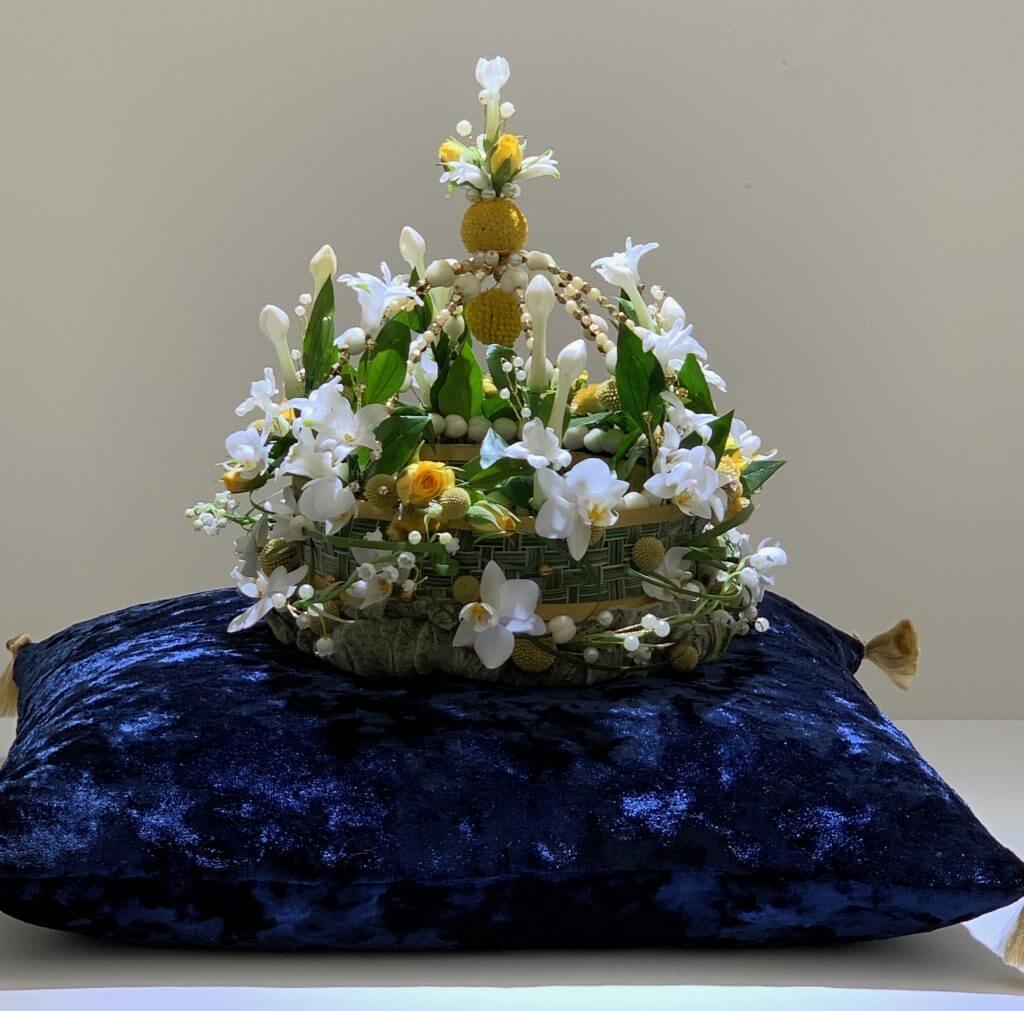 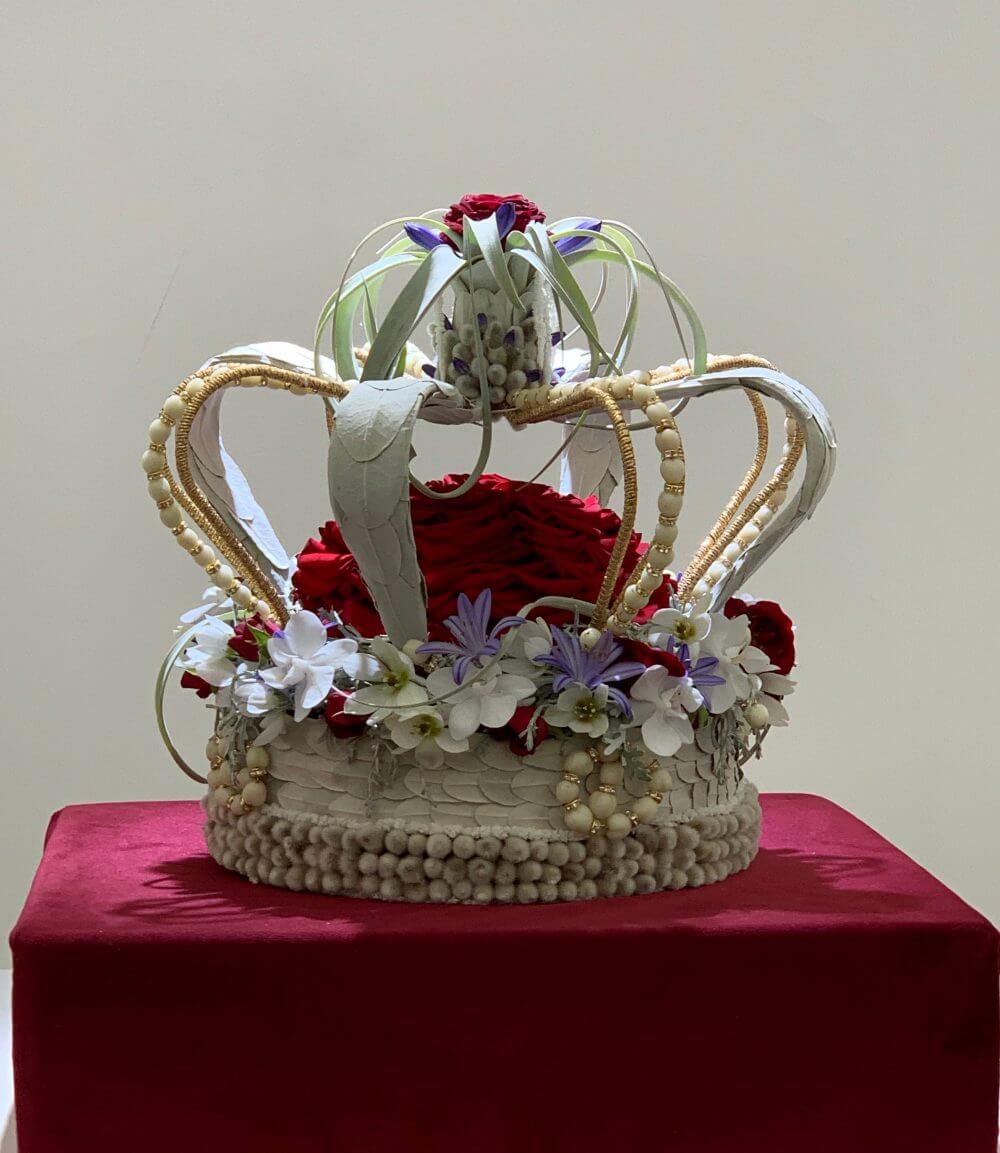 Emma Keeler won the Silver, which is a few points less than a Silver-Gilt. I thought it was a gallant attempt at abstract natural floral. It also was a smart choice to put it on this display with its seafoam green. It created a modern feeling. 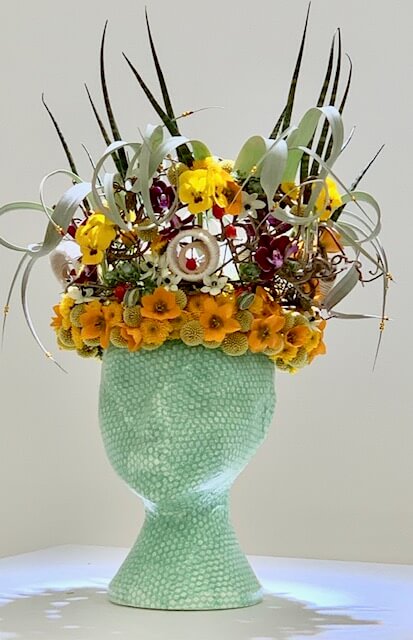 I really loved Ann Kirkwood’s creation, below, which won the Silver-Gilt Award. It was colorful and cheerful and tilted toward the natural theme with charm. It really is so happy, which Queen Victoria represented since she had not only a long reign but also a meaningful marital love. 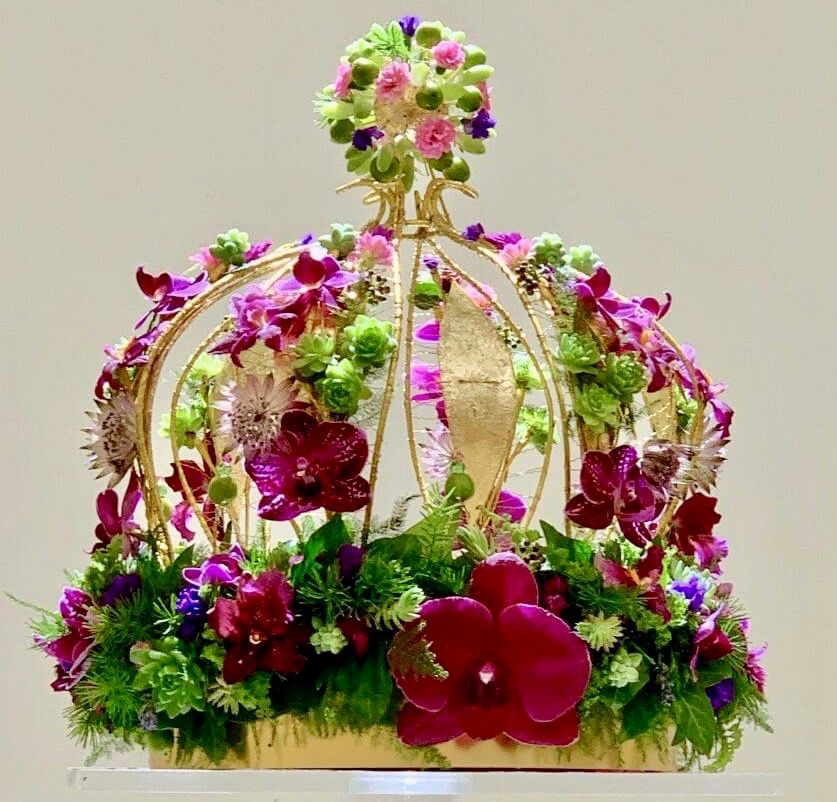 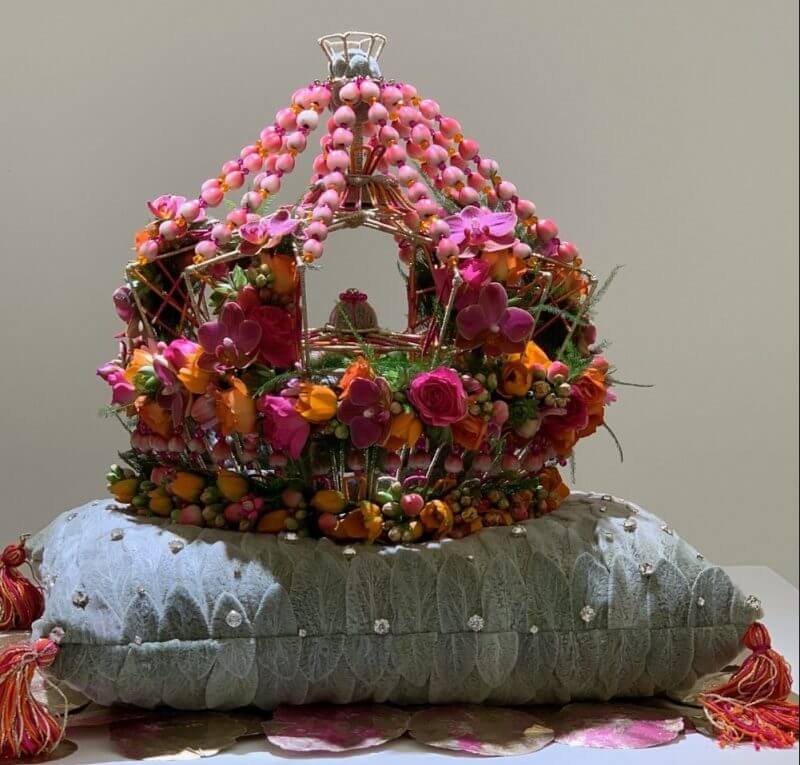 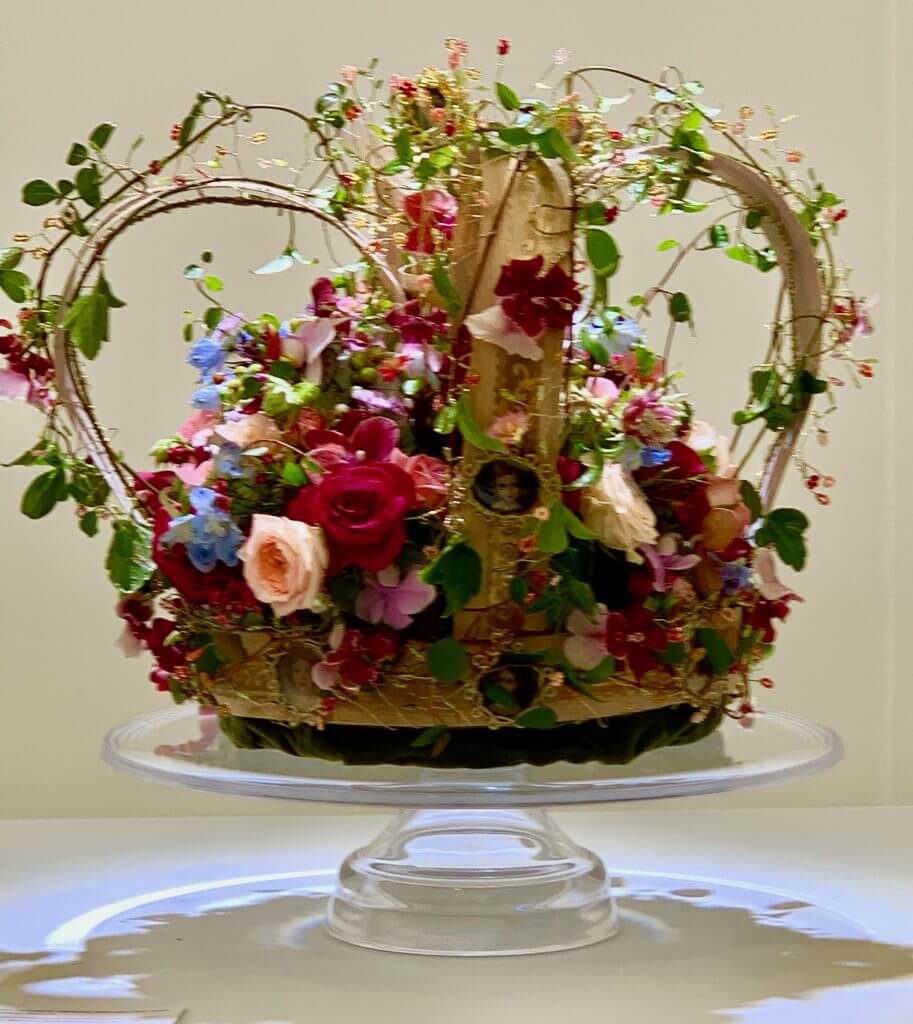 Jackie Le Jehan’s design, above, took inspiration from young Victoria’s dress fabrics and the idea of a floral fabric coming to life through flowers. Instead of the traditional jewel placements are portraits of Queen Victoria’s nine children, which were created originally for a bracelet given to her by Prince Albert.  This crown won the Silver award.

Trudie Easton’s creation, below, didn’t win any awards. This is an example where the plant material overpowered the flowers. Although her plaid staging was eye-catching, one should always make the flowers the star. 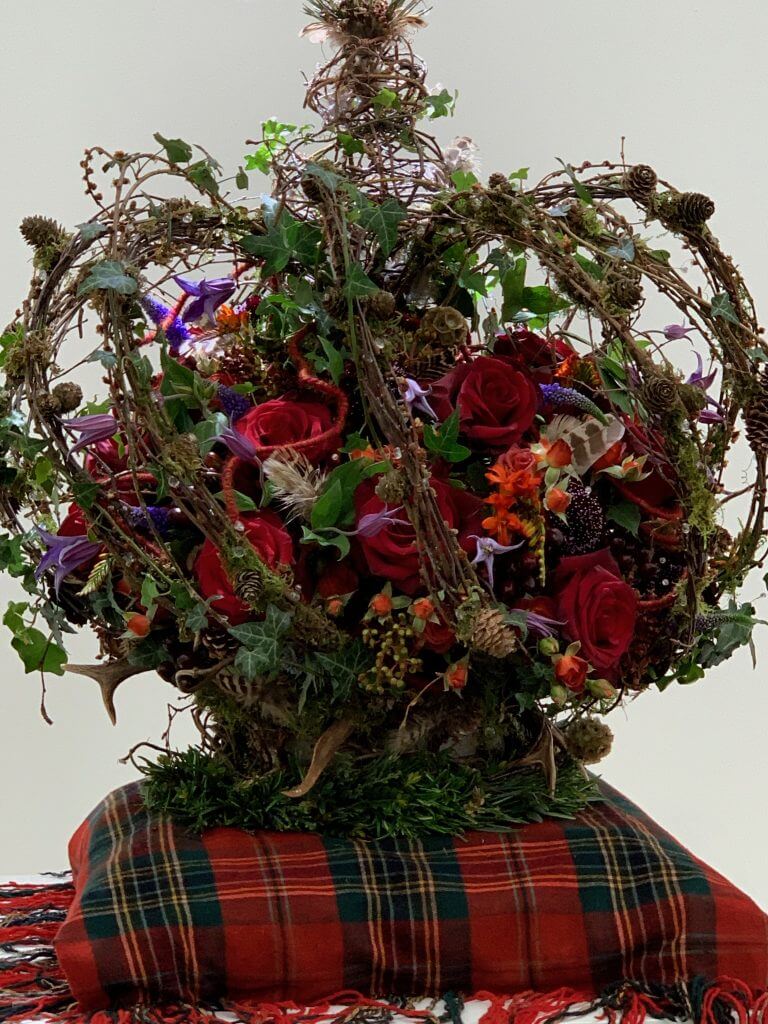 Drumroll, please. The winner of the RHS Chelsea Florist of the Year made the flowers the star.  Helen Pannitt of Helen James Flowers won the coveted award.  Helen James Flowers is located in Harrowgate, North Yorkshire, closer to Glasgow than to London. Her crown used colorful blooms as well as fit into the more natural earthy themes of this year’s show. 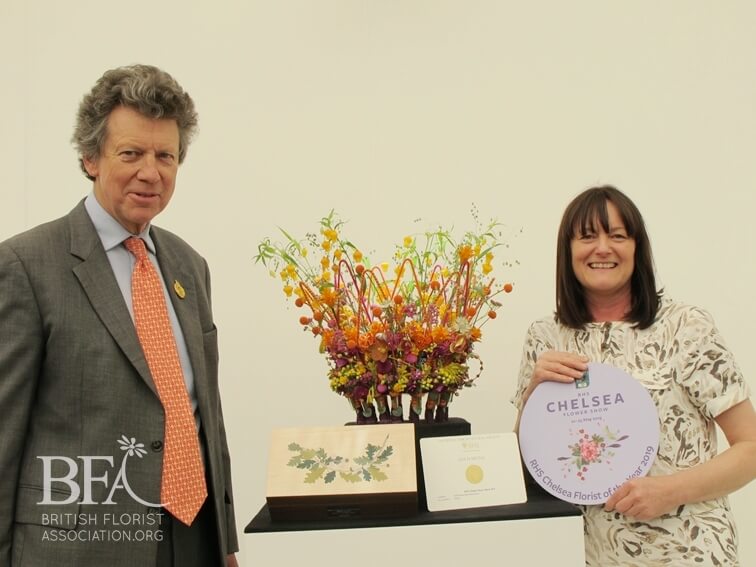 Pannitt opened her first shop in North Yorkshire in 2001. In 2017, she came in second at the UK Florist of the Year. The RHS Chelsea Florist of the Year award for 2019 will  be this talented florist’s crowning glory.  – Jill Brooke

The Duchess of Cambridge’s Back to Nature Garden

Primrose Hall Exposes More than the Beauty of Peonies