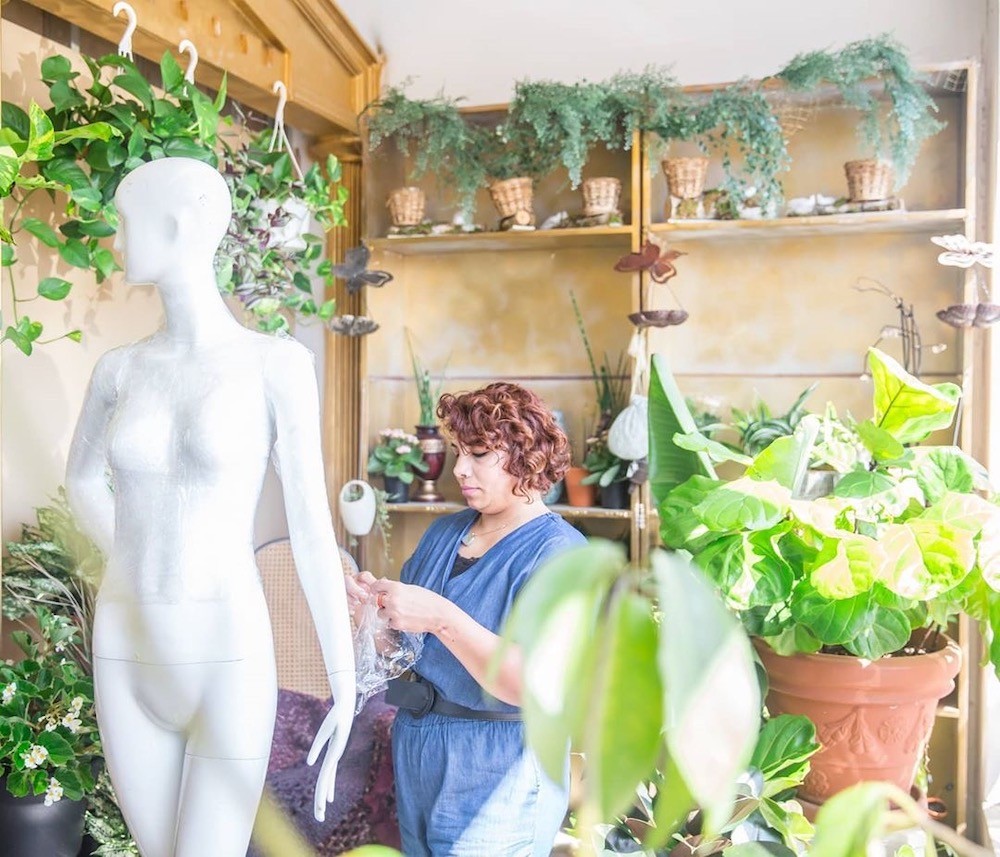 When you are a floral designer, getting a call from the Fleurs de Villes team is like being asked to be in a hit TV show.  These producers of pop-up floral installations are consummate pros who bring both publicity and megawatt credibility to the florists who participate in their roving global productions. Especially since along with the call comes prearranged sponsorship to help fund the florists’ dazzling displays that involve thousands of flowers.

For Rashida Tinwala, the owner and head designer for Toronto’s  Hana Floral Designs & Co, it was the validation she had sought for years.

“It’s a platform that provides breathing space to every designer,” says Tinwala. “I will let you into a little secret, I have been dreaming of being with this team for years now and I always knew that my first project would be dedicated to some special people in my life.”

That included her Pakistani family who had formed roots in Canada. She decided to create a bride who showcased the traditions of both Pakistan and Canada for the Bloor-Yorkville event. 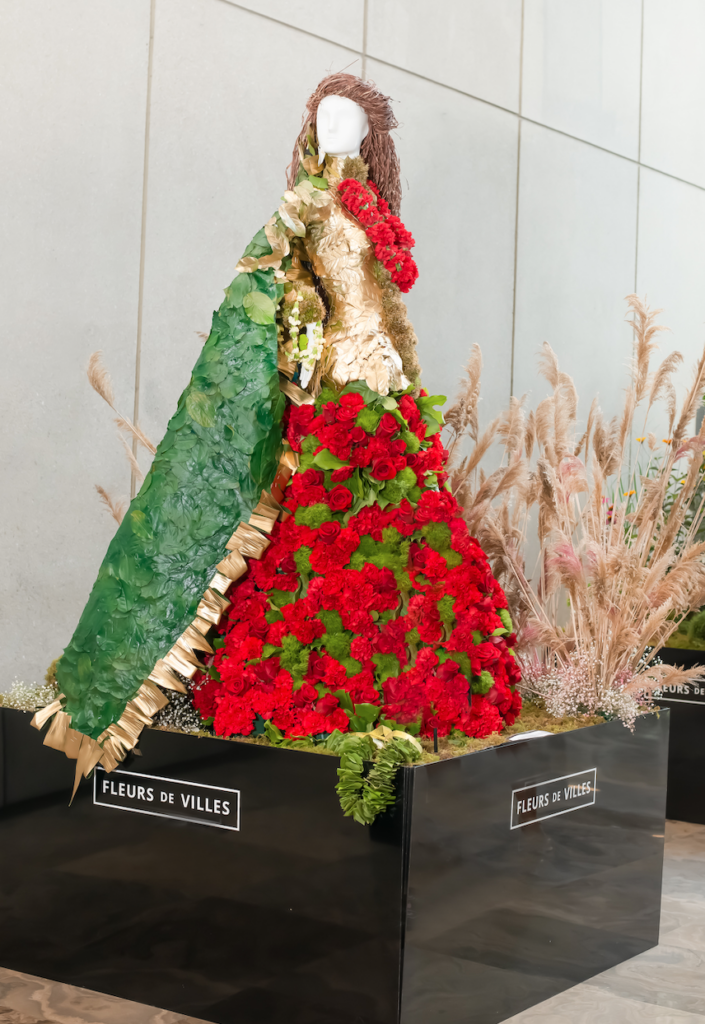 “It was an Ode To Love, which means the mannequin had to embody the epitome of beauty that a Pakistani bride projects on her wedding day,” she explains. “Gold is the metal of the earth which projects warmth and richness, and red and green are the traditional bridal colors often used by brides. Therefore, we were very clear that we wanted the bride to ONLY be adorned in these three important colors.”

“We used about 500 pieces of gold leaves to cover her entire arm and her bodice,” says Rashida, who trained in Dubai. “We wanted to make sure we brought drama and presence in her gown. To achieve that look,  we used 700 red carnation premium flowers and 200 red roses plus 100 green dianthus and leaves.” 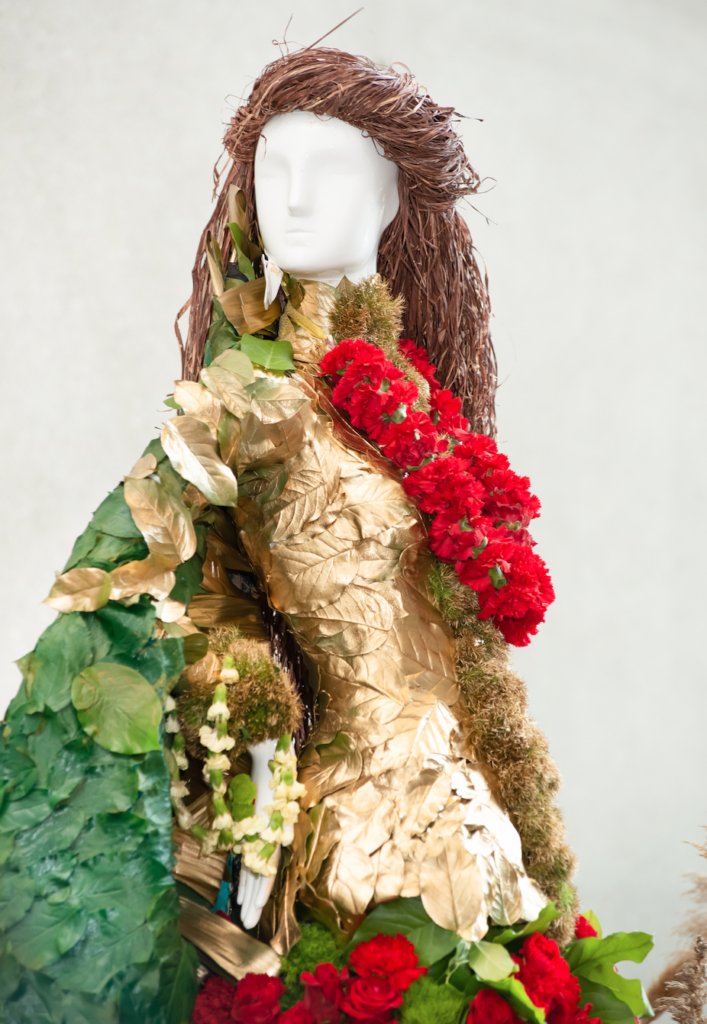 Like every florist in this show. which runs from August 5-9, they must decide ways to keep the flowers fresh for days since the designers leave after the opening.

“Therefore the skirt had to be produced onsite, while the blouse took us two days to prepare,” she says. “Her wig was made of raphia ( a derivative of a certain palm tree native to Africa). We first made a head cast and then with a lot of details carefully glued her hair sections to give it a natural flowing look.”

Satisfied with the results, she then had to name her very personal creation. On the brochures, this creation is called YA-BATZAIN. But what those letters stand for tells an immigrant story that spans generations that includes rerooting, planting new seeds, discovering new beauty while preserving old favorites.

A- AMATULLAH (MY DAUGHTER)

ZAIN – ZAINAB (MY MOTHER IN LAW)

As she pointed out, “For a special mannequin like her, she had to have a name that represents me, my thoughts my inspiration and everything around it.”

In fact, this is a Pakistani Dubai bride who married a Canadian and the blending of cultures created incredible beauty. 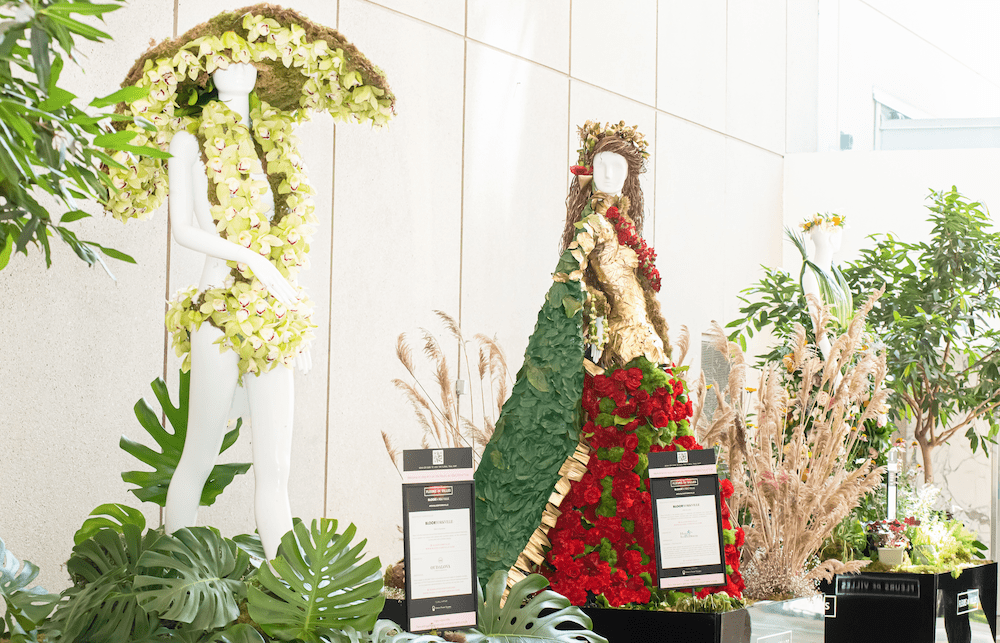