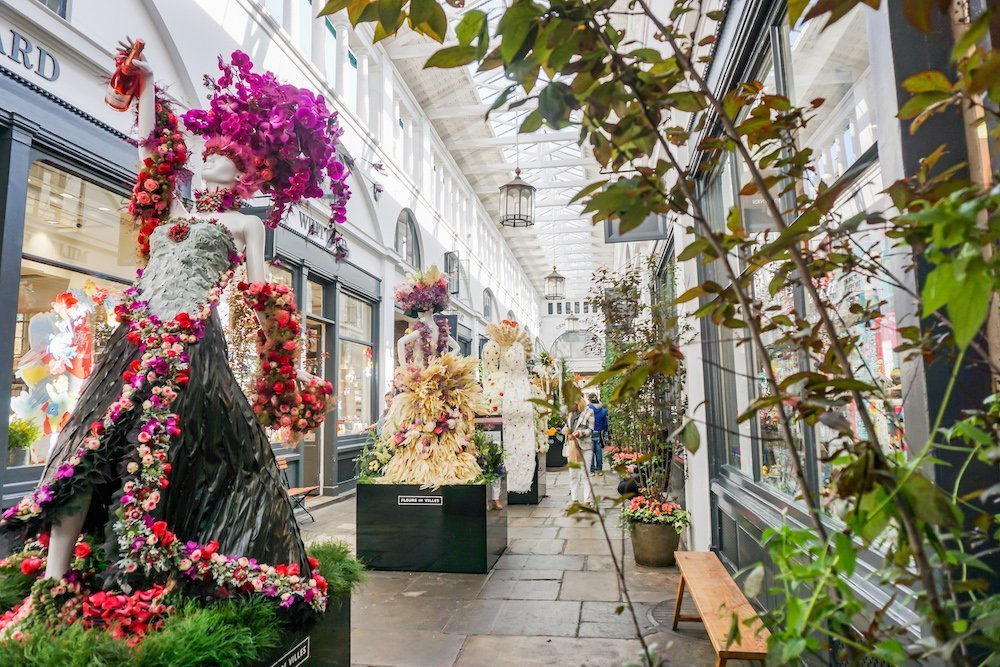 Karen Marshall and Tina Barkley, who launched Fleurs de Villes, have found a solution to a problem impacting the bottom line of many bricks and mortar retail stores.

Walk down any street and you will see an abundance of fashions with floral motifs no matter the season  – winter, spring, summer or fall.  What you won’t see often enough is foot traffic in many malls as retail stores are having a financial slump as consumers move towards on-line shopping.

Partnering with leading brands, they oversee their signature “Mannequin Series,” which has the top local florists creating elaborate and original works of art.

Launched in Canada, this team now has their phone ringing with requests from many cities around the globe.  “We just got a call from South Africa,” says Marshall. 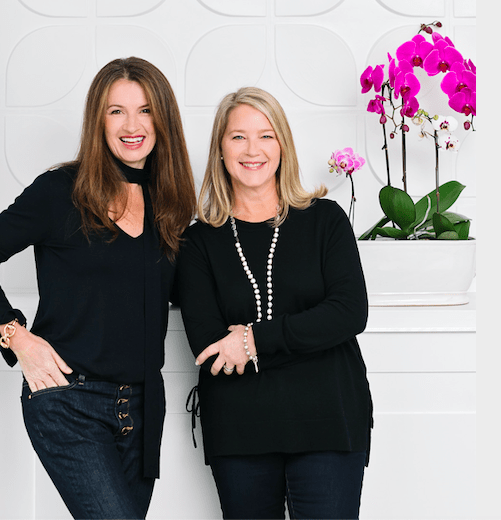 There will also be displays for the official prize sponsors for the event which include Jardin Blanc at the RHS Chelsea Flower Show and Visit Britain (designed by London florists Pinstripes & Peonies).

To celebrate the launch of the exhibition, models festooned in festive, floral headpieces will be on-site throughout The Shops and Restaurants and Public Square and Gardens on opening weekend. 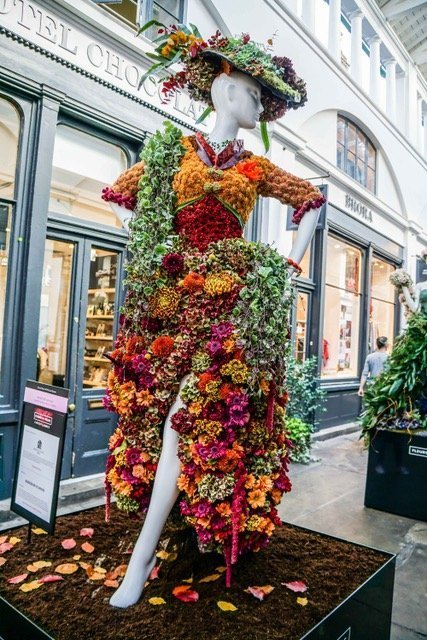 Furthermore, Flower Power Daily will be one of the judges, along with Adam Glassman (Creative Director of O, The Oprah Magazine) and Raul Àvila (President of Raul Àvila Inc.) at a VIP media preview event on October 25th, where grand prizes will be awarded to florists and brands.

The four award categories include Best in Show, Most Original, Most Realistic and Florist Favorite. 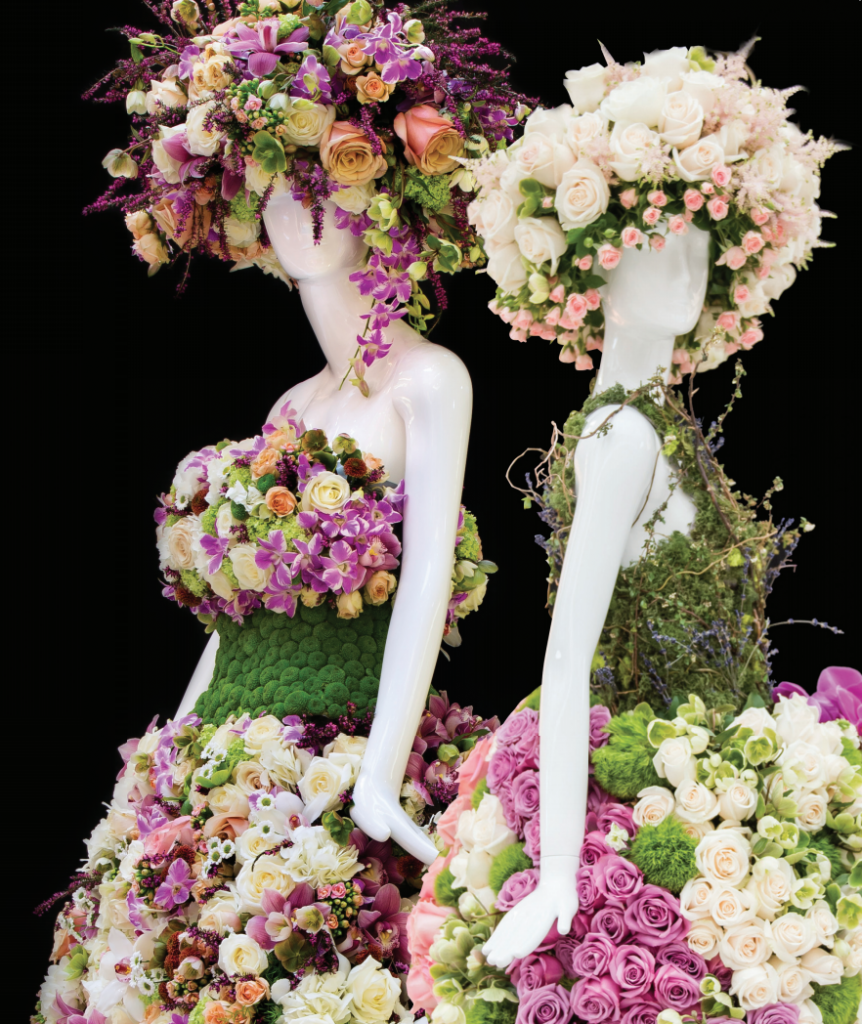 I would love to see you there to witness this fabulous event. 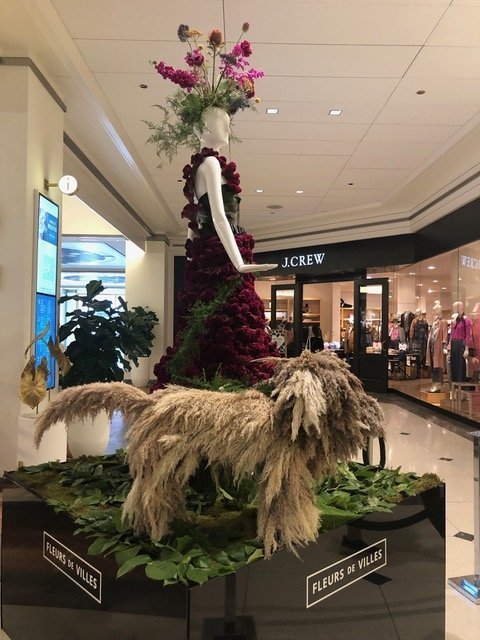 Attendees are also encouraged to vote for their favorite mannequin to enter to win a trip to London (including a 2-night hotel stay and airfare provided by Norwegian Air) to attend the Jardin Blanc at the RHS Chelsea Flower Show on May 23rd, 2020 and a tour of the English gardens with the National Trust through Visit Britain. 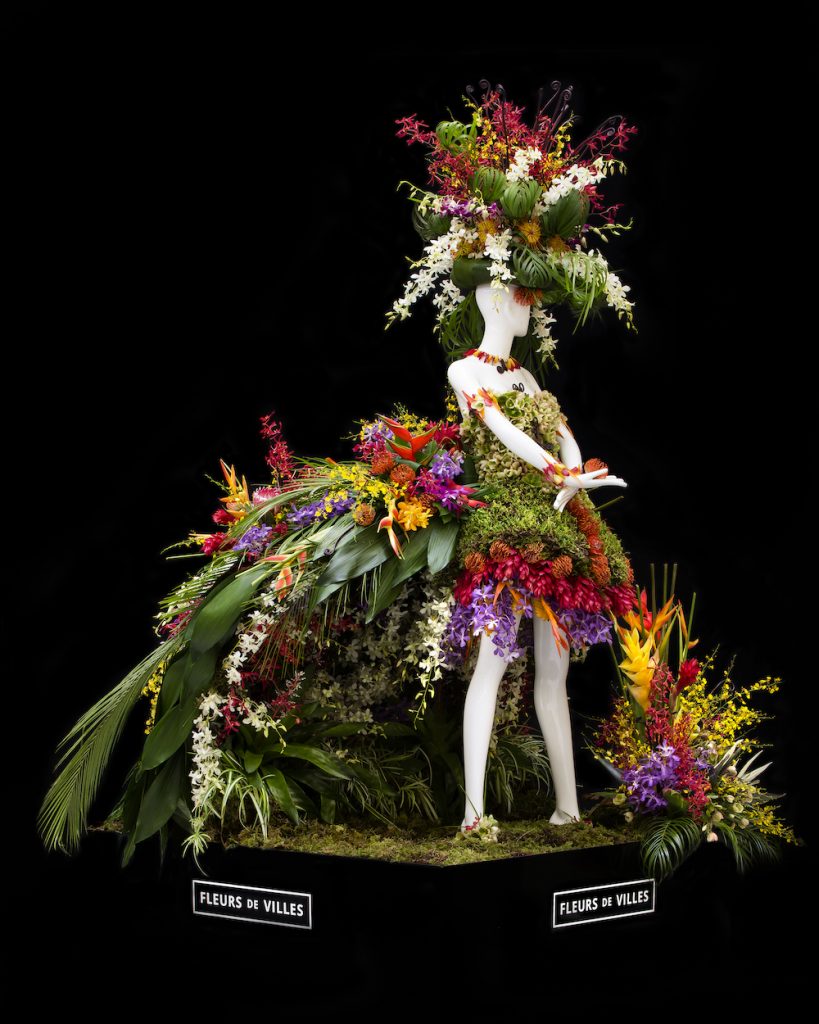 “This is the first time we will be on the East Coast,” adds Marshall who just came from a very successful run in Chicago.

After seeing the floral creativity of outside stores at the Chelsea Flower Show in London, Marshall thought about creating a similar experience for retail stores elsewhere. She soon connected with Tina Barkley, who she knew from being an executive covering stylish brands.  Now the idea has truly bloomed.

“Fleurs de Villes is a showcase for local, world-class floral design,” says Marshall. “Our pop-up shows are stunning examples of the artistry of flowers.” 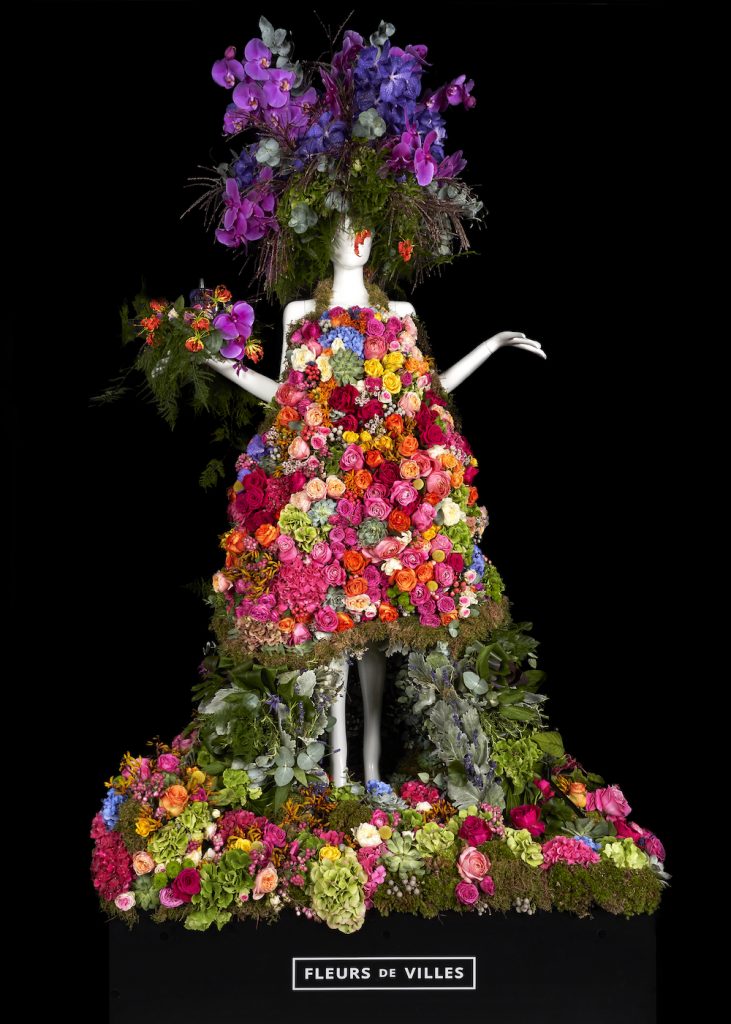 Indeed they are. In New York, Macy’s routinely does an in-house floral display centered around specific themes. Fleurs de Villes’ efforts expand outside one store and gather, like a beautiful bouquet, restaurants, luxury brands, teams of florists and partnerships to give a fully holistic experience.

Considering that millennials statistically pursue the aspirational goal of interesting experiences, these luxury flower events appeal to all age groups since these floral displays are both fun and memorable – Jill Brooke 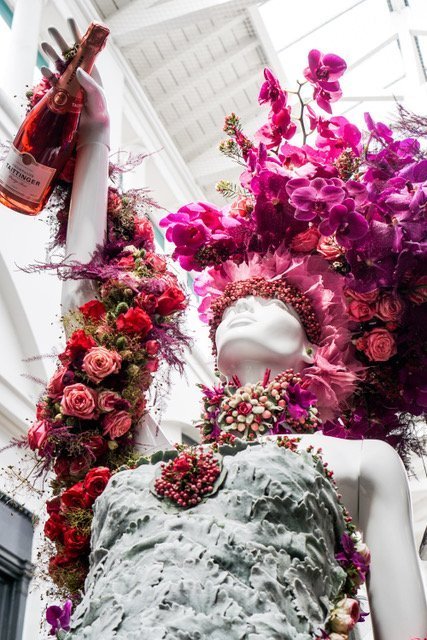