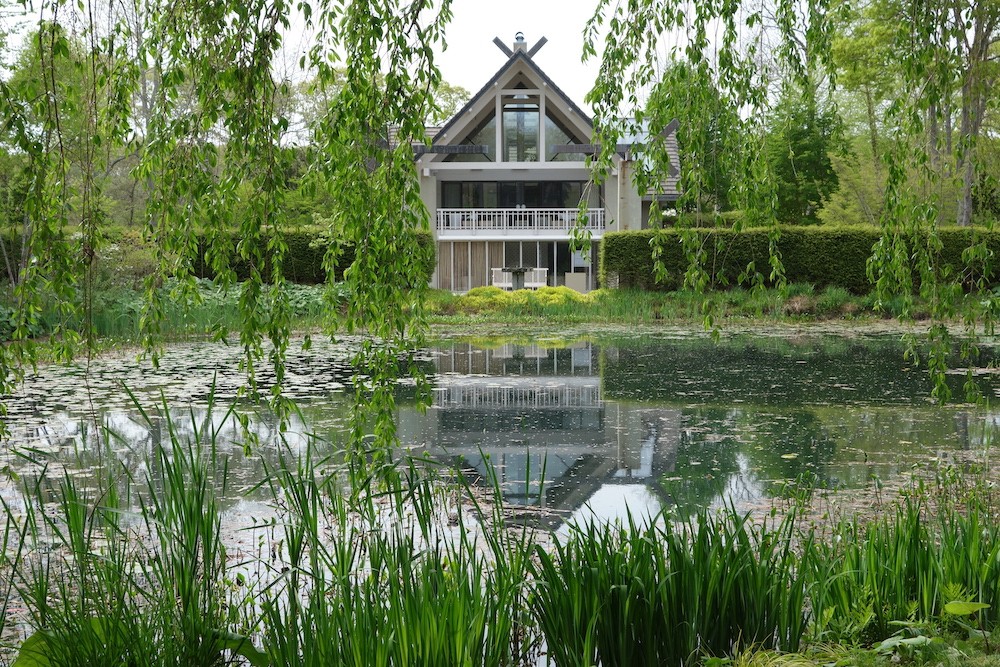 As we’re moving through spring and starting to think of summer blooms, who better to help us think through the process and offer guidance than Holger Winenga, the horticulturalist at Jack Larsen’s LongHouse Reserve, the 16-acre sculpture garden in East Hampton. Along with growing the vast and expanding collection of plants at LongHouse, Winenga also leads garden walks.

When it comes to protecting the plants and flowers in your garden from ravenous deer, Winenga, of course, has advice at the ready.

“The only reliable way to keep deer out is a very tall fence, but local zoning could be an issue,” he tells Flower Power Daily. “Two parallel four-foot-tall fences that are three to four feet apart can also work.”

But fencing aside, while deer are known to eat just about any plants or flowers, there are some that are less palatable to them than others (the poisonous and very fragrant, for example). And Winenga knows from experience, which ones they are more prone to find repellent. Without further ado, here, are the top nine plants and flowers he recommends as a “surefire way” to keep the deer away. 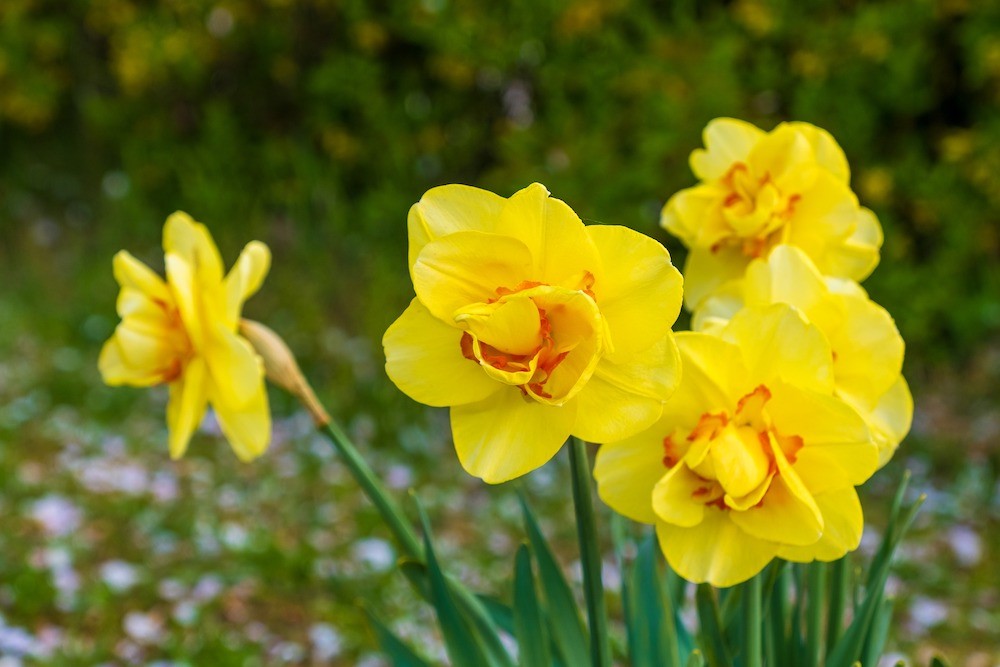 Of all the deer-repellant bulbs out there, the pretty and popular daffodils—with dozens of different species—offer the most options and are easy to maintain. They also contain the alkaloid called lycorine, which deer find unpalatable. And the plants return year after year. 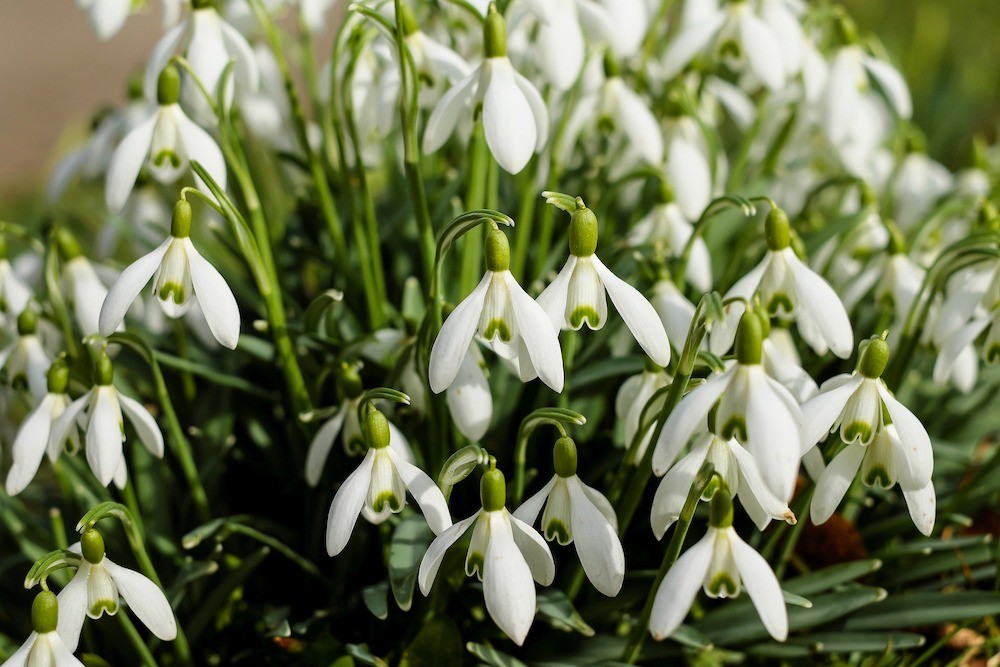 Snowdrops are among the first bulbs to appear each spring sometimes even when snow still covers the ground. And like daffodils, they contain the distasteful lycorine. 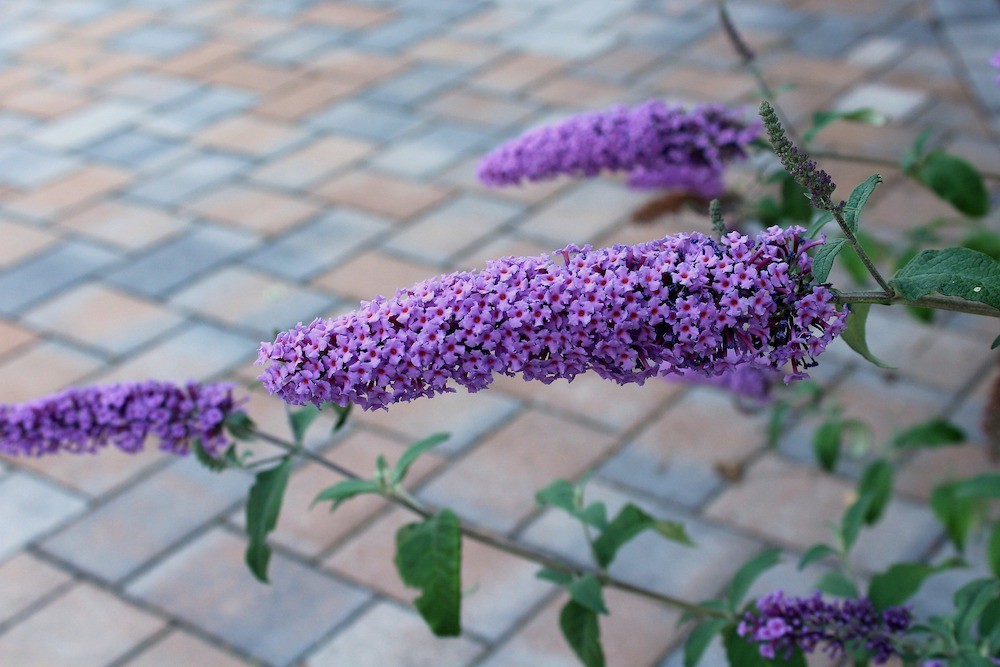 If you want to bring on the pollinators while shooing away the deer, the butterfly bush is your choice. The sweet scented blooms, which emerge from summer through fall attract the bees and come in shades of deep purple, pink and white. 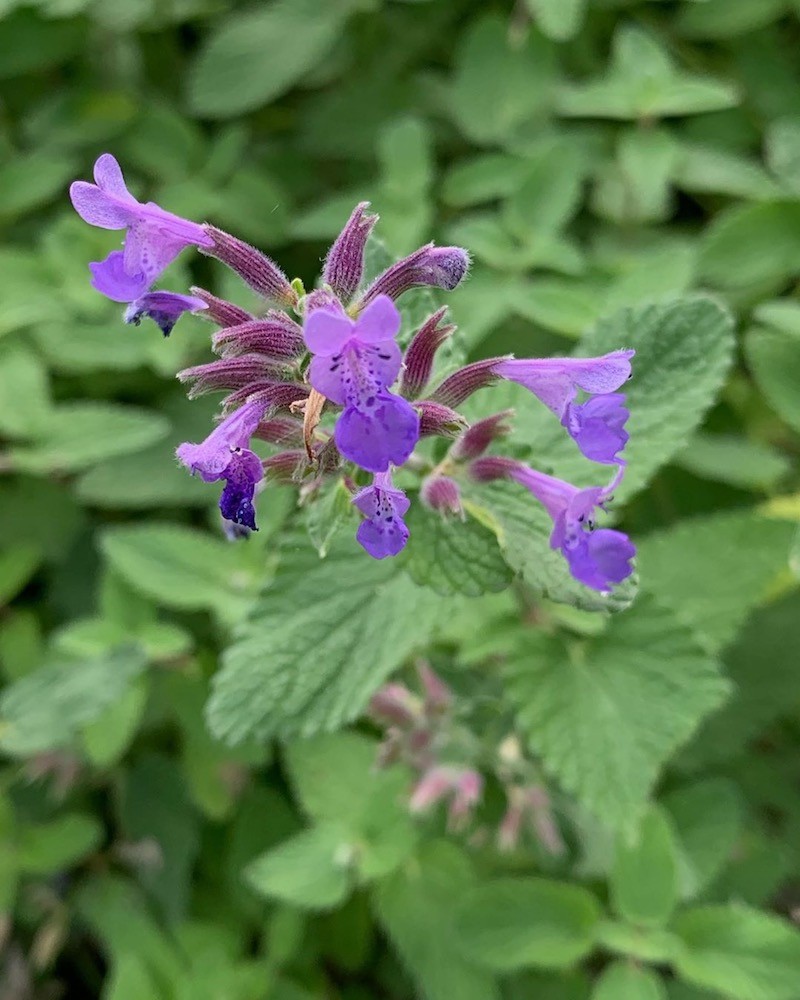 Nepeta is an herbaceous perennial with oval green leaves on square stems. In early summer, and sporadically throughout the summer, it gives off spikes of blue blossoms. And best yet, it has a wonderful fragrance that keeps the deer at bay. 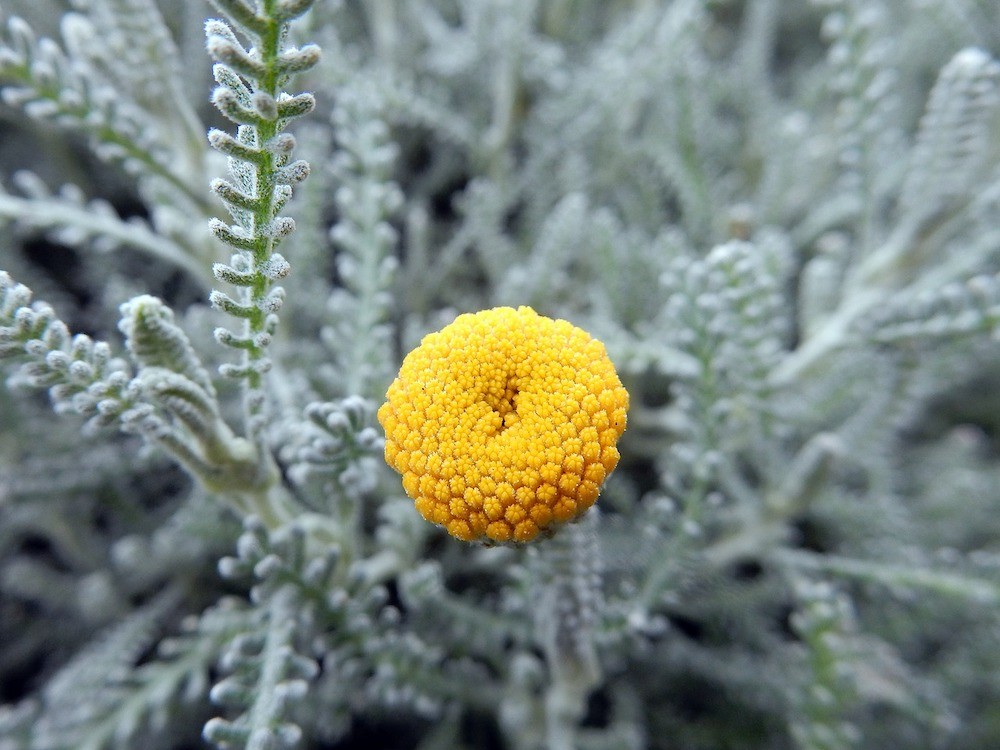 Favored in Mediterranean gardens, santolina or lavender cotton, is a shrub beloved for its dense silvery foliage that in summer grows button-like yellow blooms. It is known for being drought resistant and repellent to deer and rodents.

Recommended: Are Flowers Safe to Bring Home? You Bet and Good for You Too! 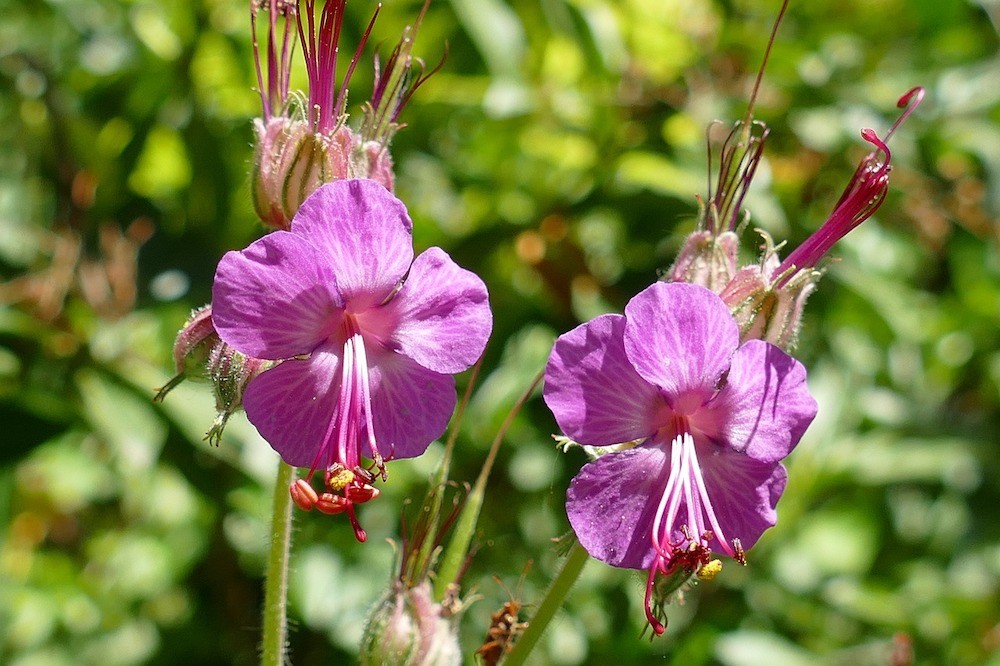 Commonly called bigroot geranium, this semi-perennial evergreen is a popular ground cover. Long-lasting purplish pink flowers bloom in clusters from late spring to early summer with some sporadic rebloom throughout the summer. 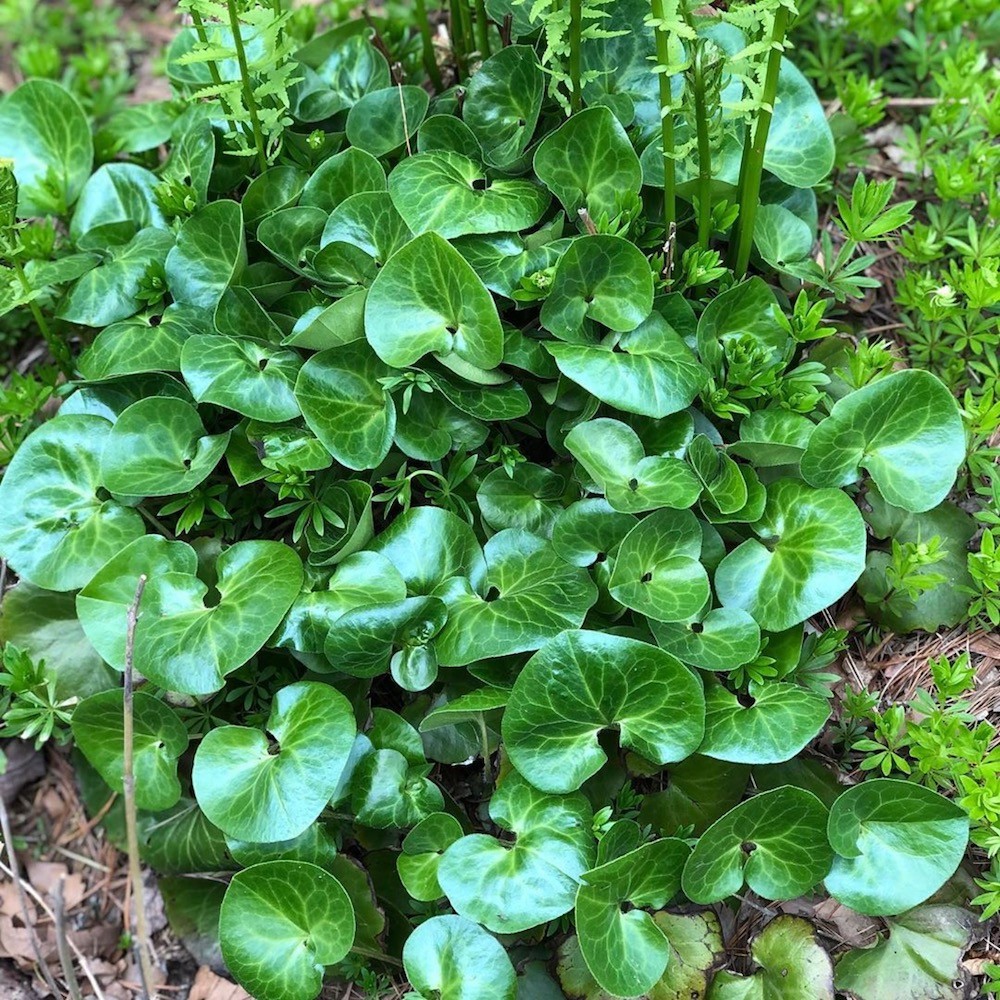 European wild ginger is known for its glossy, low-growing, heart-shaped leaves. In late spring to early summer, small bell-shaped blossoms will grow among the dense foliage. While it attracts butterflies, it is resistant to deer. 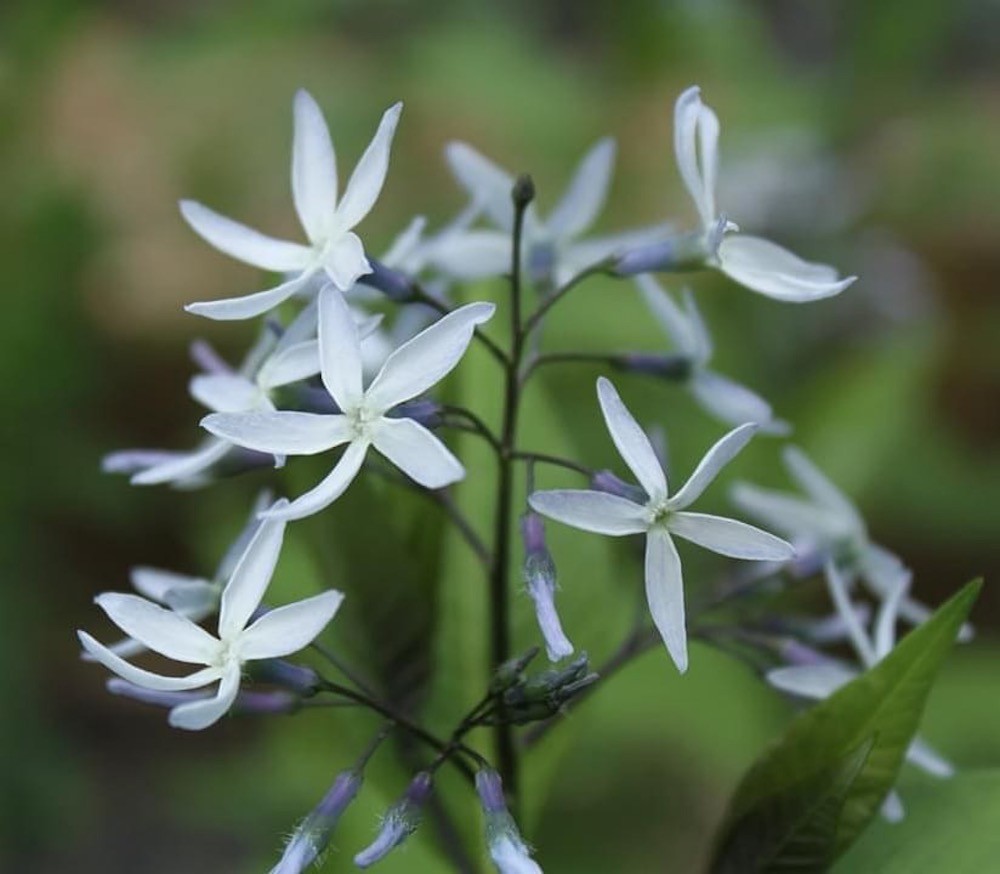 The willowy foliage of this North American native breaks out in spring in a neat mound. In late spring and early summer, the plant will be covered in blue star-shaped blooms, hence its common name, blue star. 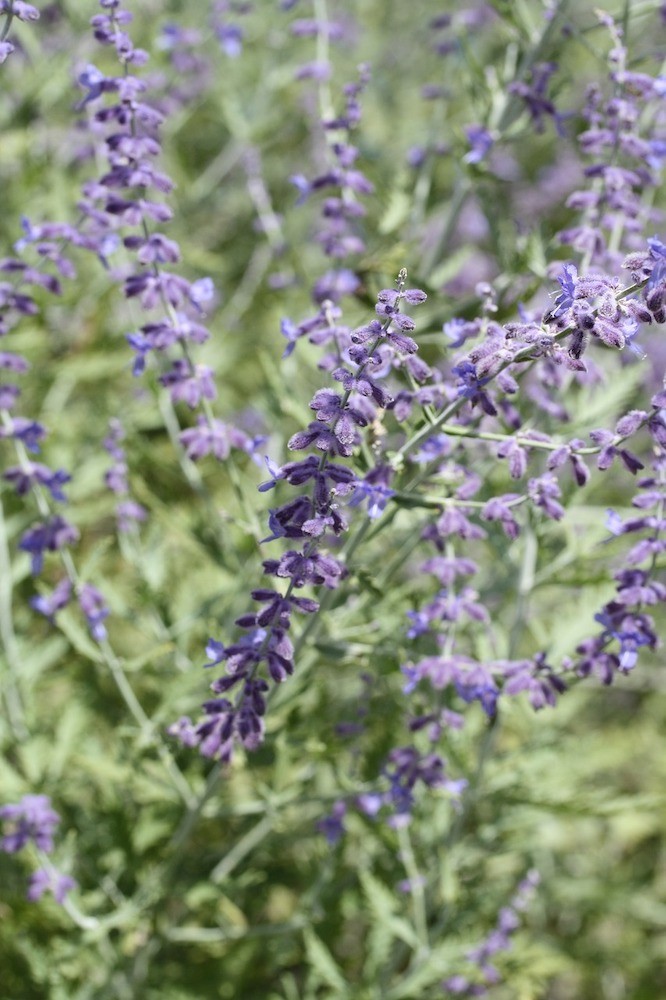 The grey-green foliage of Russian sage, also known as Perovskia, is reminiscent of lavender. The wispy foliage of the Russian sage are aromatic and attract pollinators during the summer. But the flowers and foliage also have a calming effect on the nervous system and are used as a tea.

Holger Winenga received his horticultural education in Germany, where he spent much of his childhood at his uncle’s perennial nursery in Leer. The well-known nursery man Ernst Pagels played a major role in Winenga’s interest in hybridizing and plant evaluation. After finishing a 2-and-a-half year apprenticeship at the well-known Georg Arends nursery in Wuppertal and two years of civil service, Winenga moved to Long Island, where he settled and started Garden Treasure Nursery, a perennial nursery focusing on unusual and useful perennials for 20 years. Garden installations and maintenance were a major part of his work for many years. Currently Holger is the horticulturist  at Jack Larsen’s LongHouse Reserve in East Hampton.

Photo credits: All photos via Pixabay