Lilacs for My Mother, and for Remembrance 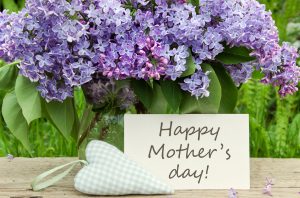 Along the dry creek beds in South Dakota, the straight roads laid out on a mile-square grid, the barns and farm houses may be gone. A lot of the farm families that homesteaded there in the 1880s, like Laura Ingalls Wilder and her husband, Alanzo, moved on.

Her house still stands, in De Smet, SD. And the house my mother was born in, 30 miles away, near Oldham, SD, is still there, and still in the family. But in between individual family farms have sold out.

What remains, however, besides some windmills, fence posts and chimneys, are the lilac bushes. Wherever people settled, once the bare necessities of life were established — land broken, wheat planted, a vegetable garden, a hen house, a hog pen, the milk cow, firewood chopped — “Well once you made it, right, you plant lilacs,” said Marta McDowell, an expert on the frontier landscapes that inspired Wilders’ “Little House on the Prairie” books.

“Lilacs were a biggie, so if you had a little money, you would want a lilac. Lilacs are tough, they like northern climates as well. So, why not have a lilac? Tough as nails and so beautiful, and so fragrant.”

That’s why those lilac bushes remain, some of them 15 to 20 feet tall, long after the farm houses are gone. And sure enough, the farmhouse where my mother was born, what she refers to as the Home Place, is surrounded by lilac bushes. Just the usual lilac bushes. 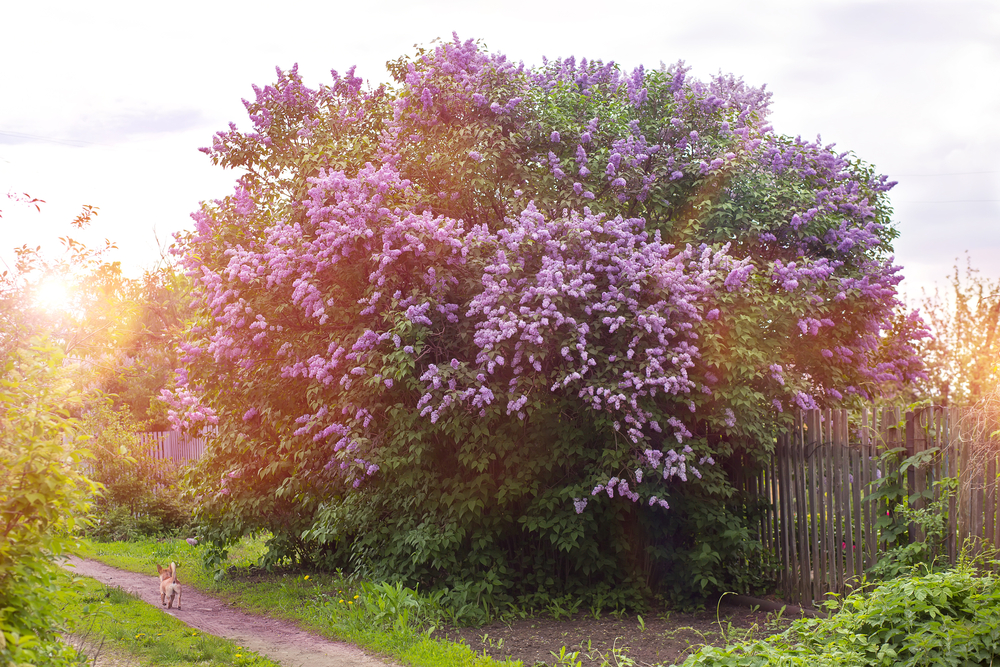 My mother married late, and had her first house of her own in Minnesota at age 39. But she had her hands full: a step son, and then pretty soon two babies.

Somehow planting a lilac bush didn’t rank high on her to-do list. By the time I was 10 years old, I was her lilac-rustler-in-chief. We would drive the dirt roads near our town, North Branch, Minnesota, looking for an abandoned farm, or lonely lilac bushes.

My mother was a Christian woman. As far as she was concerned what we were doing was “stealing” lilacs, even if no one owned them. But she couldn’t help herself. Back then, in our little farming town, population 800, you couldn’t buy lilacs. People would have thought you were crazy.

Buy lilacs? What? They were everywhere. Every yard had a lilac bush.

Except ours. Not even my grandmother, who grew everything, had a lilac bush. Our family had some kind of missing lilac gene.

So year after year my mother and I became lilac thieves.

Perhaps that’s why I began planting lilac bushes when I had houses of my own. Even when I rented a place.

My mom died years ago, but I think of her every time I plant a lilac. She would think the lilacs I plant are foolish, because they are “fancy.”

But if you are going to plant a lilac bush, why not make sure it is beautiful and fragrant?

Unfortunately, I’ve had to leave quite a few behind. That doesn’t bother me. I’m the Linda rootstock of syringa vulgaris.

There can never be too many lilac bushes as far as I’m concerned, and as Marta McDowell says, they are tough things, pretty hard to kill, although I’ve come close.

Right now, in Upstate New York, I am waiting to see if my white Beauty of Moscow, created in 1943 by a Russian plant geneticist, Leonid Kolesnikov, has survived its rough transplant. It is a mid-season lilac, with shell-pink pannicles that open to white, white flowers. And it is very fragrant. I grew it for two years in Pennsylvania. Then, when I moved last spring, I pruned it back.

But it had a rough summer. It’s alive this spring, but I don’t see any plump flower buds. So it looks like I’ll have to wait for year five to see a single Moskvy blossom.

Another lilac I planted in Pennsylvania had to be moved to make way for a new door. The builders had a rough notion of “transplant” and then two small dogs had fun digging up the roots. I was pretty sure the dark purple Monge, which blooms right about the middle of lilac season, holds onto its flowers for a long time, has huge flowers heads, and is, of course, super fragrant, was a dead bush.

But I visited it a few weeks ago and, despite its rough handling (and even though one of the dogs continued to gnaw on the trunk) it was full of plump buds. I won’t be back in time to see it bloom, or smell it. Darn!

And then there’s the lilac I want to plant next. Isn’t that every gardener? This one is fragrant and early. And pink. Now I’m not a big fan of pink lilacs. I’m kind of like my mother: old fashioned. I like lilac-colored lilacs, or purple, or white. I’m a little suspicious of blue. And I’m very suspicious of pink. Magenta? That’s going too far.

But a pale pink and very fragrant lilac that also manages to bloom early? I’m there. The one shown here doesn’t look so much like a Maiden’s Blush but a Hussy’s Rouge Pot. They really are more delicately colored than this, take my word for it.

So Mom, I’ll probably plant a Maiden’s Blush on Mother’s Day for you. I’d like to think it would make you smile like you are smiling in that photo on your wedding day.

But knowing you, you would probably just say, “Oh, that’s too much,” and go in the house.