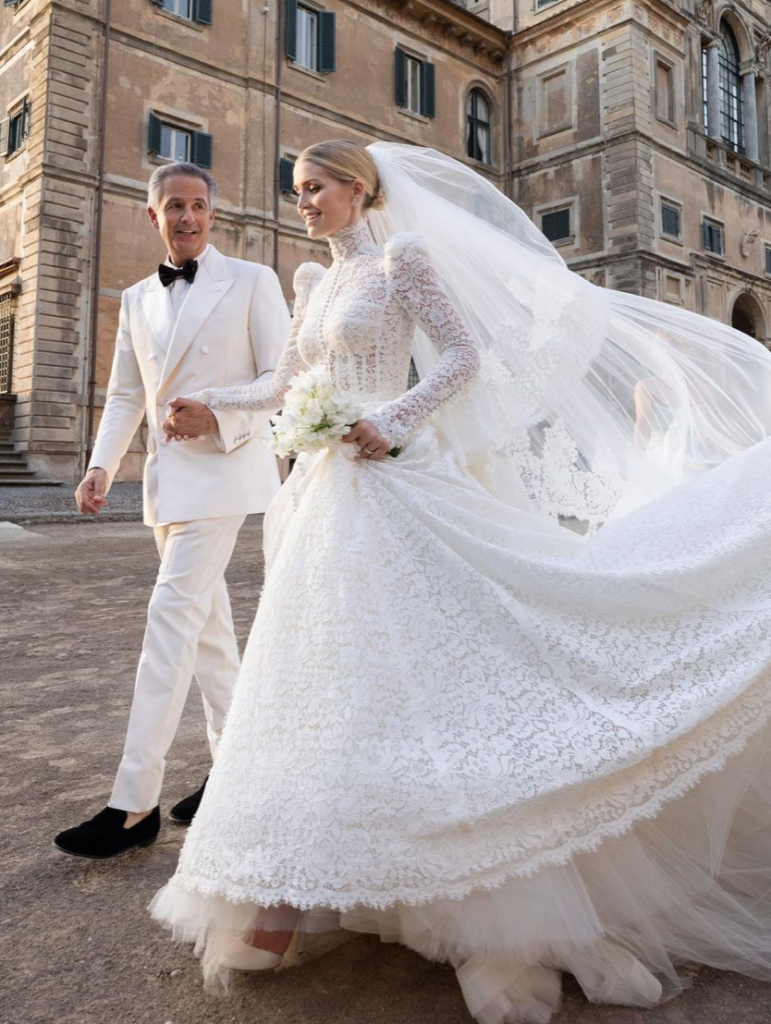 Princess Diana’s niece, Lady Kitty Spencer, made headlines around the globe for her eye-catching multiple Dolce & Gabbana outfits at her elegant wedding in Rome.

The 30-year model and daughter of Princess Diana’s brother Charles Spencer married 62-year old fashion mogul billionaire Michael Lewis at Villa Aldobrandini, which according to Vogue is a “stately Italian Baroque estate with expansive papal gardens that overlook the city of Rome.”

The bride wore multiple outfits that we are going to share with you here since Lady Kitty Spencer has often chosen floral fashions that are modern, fresh and just so beautiful. This girl has good taste. 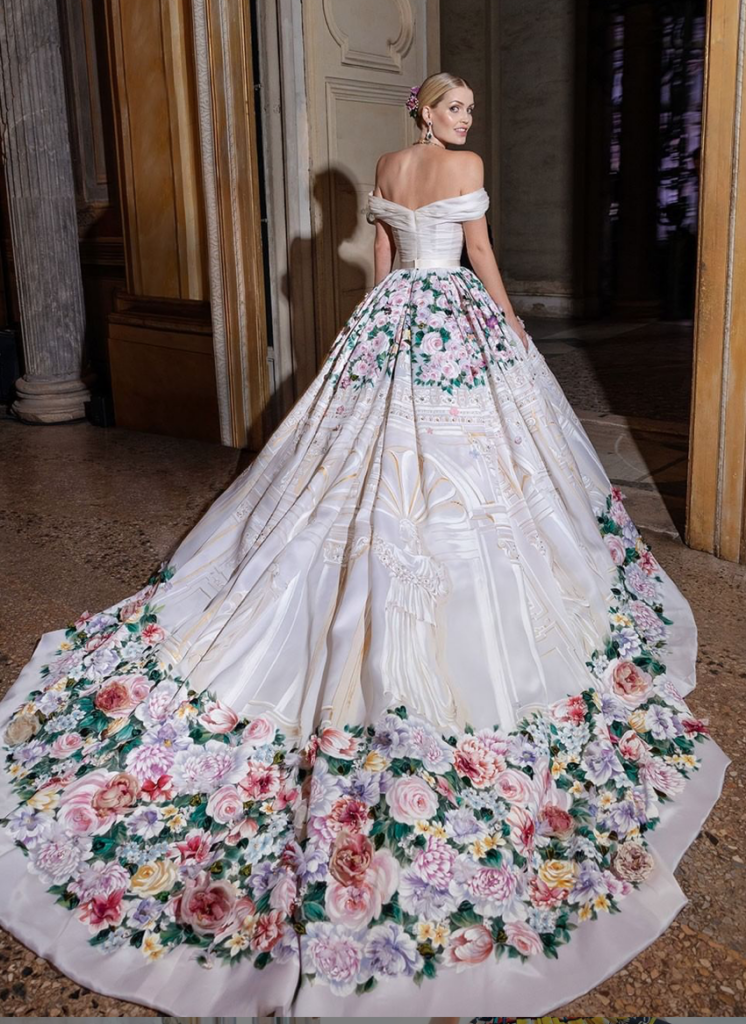 If I was going to get married again and could afford these gorgeous frocks, this would definitely be the dress I would choose if there were no financial handcuffs. I am swooning over this dress by the talented Dolce & Gabbana dynamic duo. The dress included “a double organza hand-painted silk gown embellished with flowers and crystals.”

Not the Victorian-themed official wedding dress – with the high sleeves reminiscent of Princess Diana’s 1981 wedding, but the choice that had all those embroidered flowers.

Meanwhile, Spencer took a cue from Meghan Markle – as well as Queen Elizabeth – in having flowers stitched into her veil. Markle had the flowers of all 53 countries of the commonwealth sewn into her veil for her 2018 wedding which is such a nice touch.

If you are wondering why Spencer didn’t use an English designer for her dresses, it’s because both Italy and Dolce & Gabbana are rooted in her personal story as well. Not only has she modeled for the flower-loving designers since 2017, but she studied in Florence for three years. 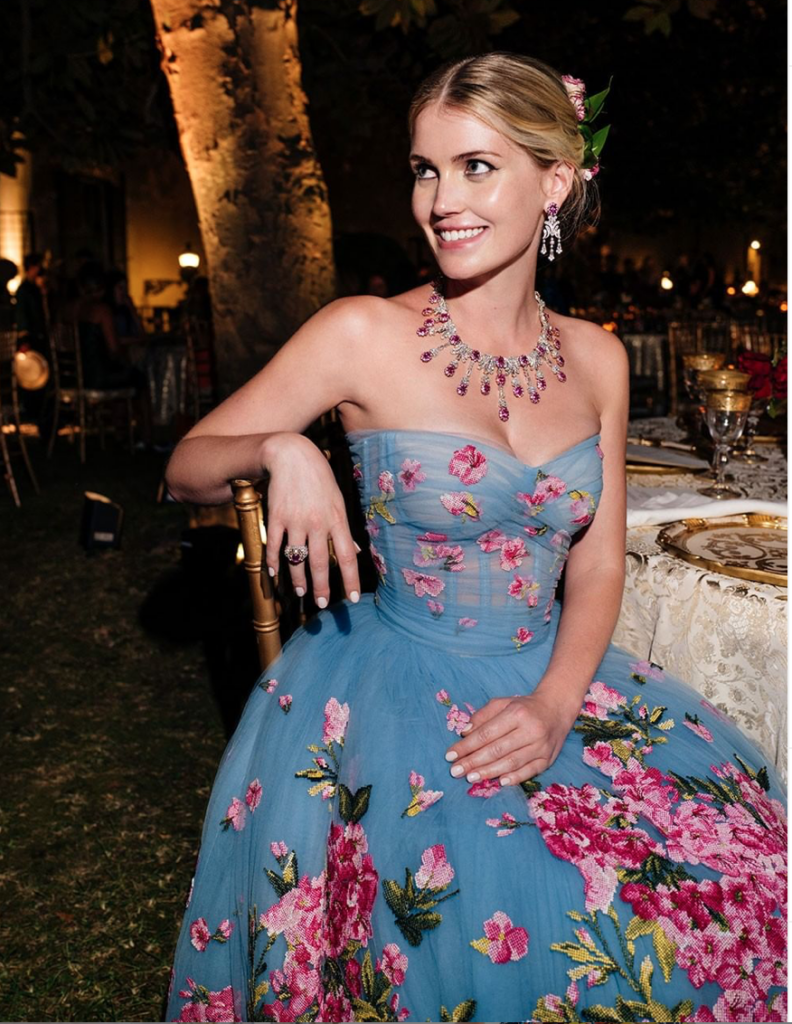 Here is another dress, an “illusion baby-blue tulle gown and cape embroidered with cross-stitched flowers.”  So pretty isn’t it?

Meanwhile, we hear that pink and white flowers were in abundance everywhere at the ceremonial palace.

And it looks like florals are blooming again in her future since the Daily Mail shared a photo shoot with her new hubby post-wedding that natch including beautiful floral detailing. 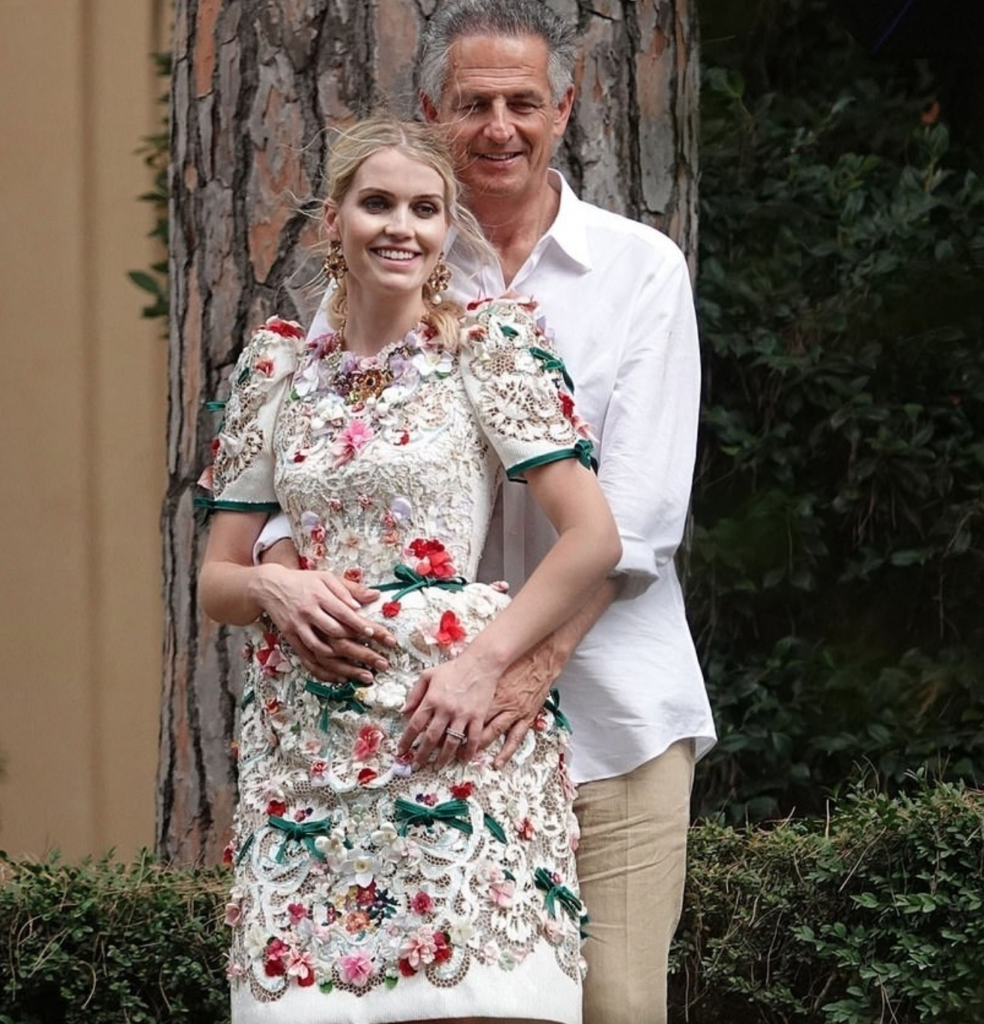 As we often report, wearing flowers lifts your spirits and makes you happy. Studies also show that when you resist the impulse to wear grey or black despite your mood or cloudy skies, it sends a boost of oxytocin to the brain and elevates your spirits. Make yourself, as we say, a garden of delights.