How to Grow and Care for Dahlias 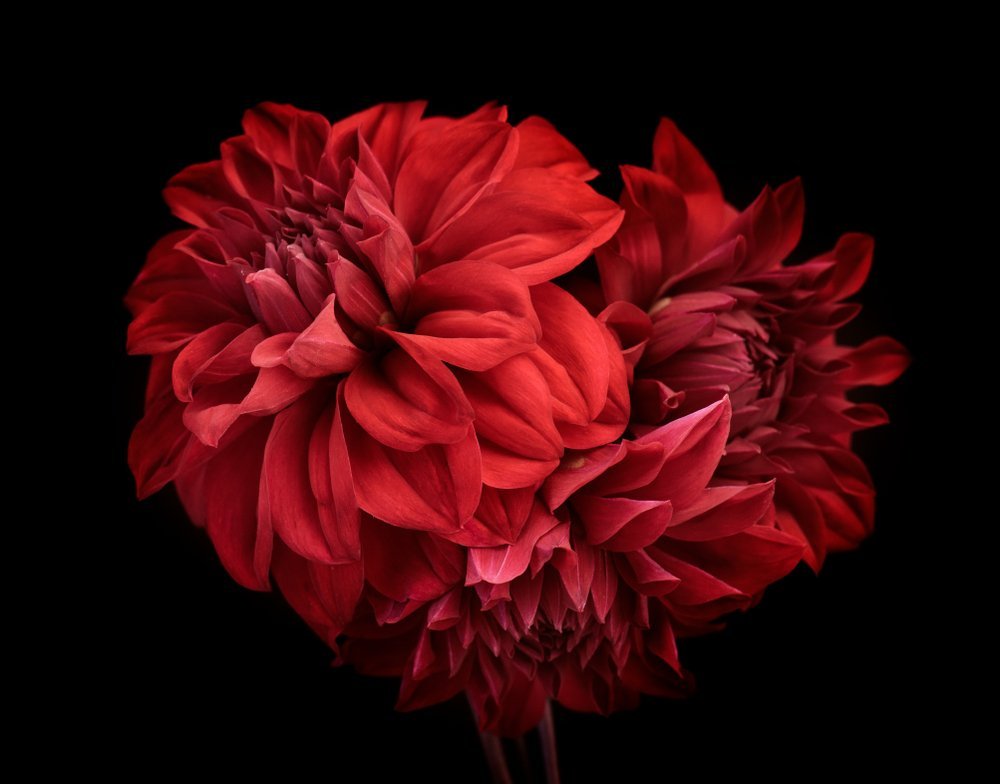 How to Grow and Care for Dahlias

When to Plant Them: dahlias grown from tubers should be planted in the spring; if growing from seed, start indoors in pots in cold climates, or outdoors in zones 8 and 9.

What Dahlia Means: Dahlias are Mexican plants in the daisy family, and the national flower of Mexico. Symbolism: staying graceful under pressure.

When they bloom: all summer long and until frost. In warm climates they will live and bloom for up to two years.

Where to plant them: dahlias grow in partial to full sun

How to Grow and Care for Dahlias, According to Dahlia.Org

In their native Mexico and Central America, dahlias self seed. And dahlias can indeed be grown from seed.

Most people buy tubers at nurseries, or order them online. Your tubers can go directly into the ground in the spring when the ground has warmed and there is little chance of frost. One good guideline is to plant in the same time frame as you would a tomato. If you want blooms as early as possible, you can start the tubers indoors in good light about a month before planting time.

You will then have a small plant ready at planting time. Dahlias can be planted as late as mid-June in most parts of the country.

Most dahlias need to be staked and you may want to plant a sturdy stake before you plant the dahlia. If you put the stake into the ground after the dahlia is growing, take care to avoid damaging the tuber or the root system. Tomato cages can also be a simple approach to staking.

Put the tuber in a hole several inches deep with the “eye” on the tuber facing up. The eye is the point on the shoulder, or crown, of the tuber from which the plant grows.

If you are planting a number of dahlias in the same location, they should be separated by about 2 feet to give each plant room to grow.

Small dahlia plants are susceptible to slug damage. It is a good idea to manually remove slugs early each morning or to protect them with a commercial slug killer.

Japanese beetles seem to enjoy eating dahlia blooms just when they are ready for a bouquet. One of the best methods of control is to manually remove the beetles into a bucket of soapy water.

Other insects can become a problem if you would like your blooms to be “perfect!” If that is the case, you might want to consider using an insecticidal soap or a commercial pesticide. Follow label directions carefully if you choose to do that. 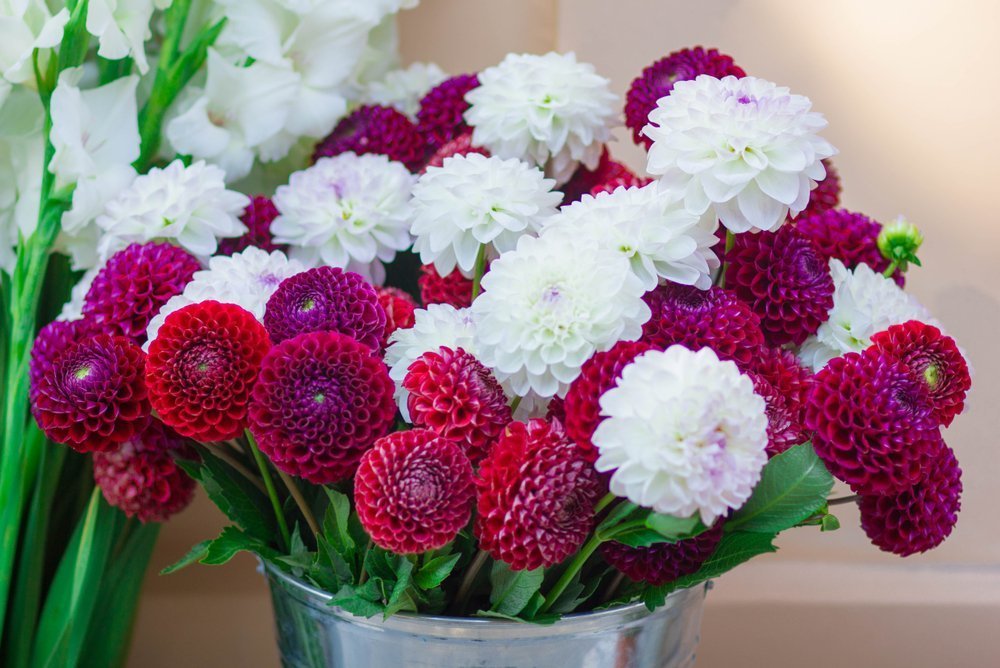 Young dahlia plants do not need a lot of water; in fact, excessive water can lead to rotting of the plant. For larger plants, a good rule of thumb is to water if the rainfall is less than one inch in seven days. Pots require more regular watering.

The best strategy for fertilizing is to begin with a soil test to determine pH and the specific soil needs. Lacking that information, the plants will generally benefit from regular treatments with a water soluble or granular fertilizer. Traditional wisdom for dahlias is to treat with a high nitrogen fertilizer through the middle of the season but minimize nitrogen at the end of the season.

There is a substantial regimen that can be used for maintaining plants for show blooms. For the simple enjoyment of spectacular dahlias in your garden, there are two relatively simple actions that will enhance the appearance of the plant. First is tying the plant to the stake several times as it grows. The first tie should secure the lower portion of the plant’s stalk to the stake. Subsequent ties should secure the branches. A simple alternative to tying is to use a tomato cage to support the plant. Then, no tying may be required.

Second is disbudding. Remove the outer two buds from the three that develop at the end of each branch. While that reduces the total number of flowers, many flowers remain and those show up well on the plant. If all three buds are left on the stem, the blooms will tend to be covered up and can be lost in the plant. You can also remove some of the shoots that form along the branch to have stems that can be used in tall vases for elegant bouquets. 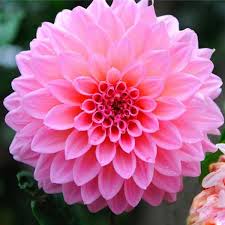 End of the season

Your dahlias will continue to bloom prolifically right up until frost. A heavy frost will kill the plant and leave you with a decision on your next step. You can do nothing with the plant. You will then need to plan on a visit to the local nursery for the following year’s plants. Or, you can dig and discover that the plant has produced a half a dozen or more tubers like the one with which you started.

If you wish, those tubers can be stored and grown by you and a couple friends next spring!