When Nancy Lancaster, the 20th century tastemaker credited with creating the English country-house look, visited a ballet in Sweden, she was struck by a snow-white flower pattern on the prima ballerina’s dressing room wall at the Drottningholm Court theater.

Because Lancaster was in the same social set as the King of Sweden, he later sent her a gift of the pattern she so adored. She asked her decorator, John Fowler, to reproduce it for her home, Haseley Court, in 1954. 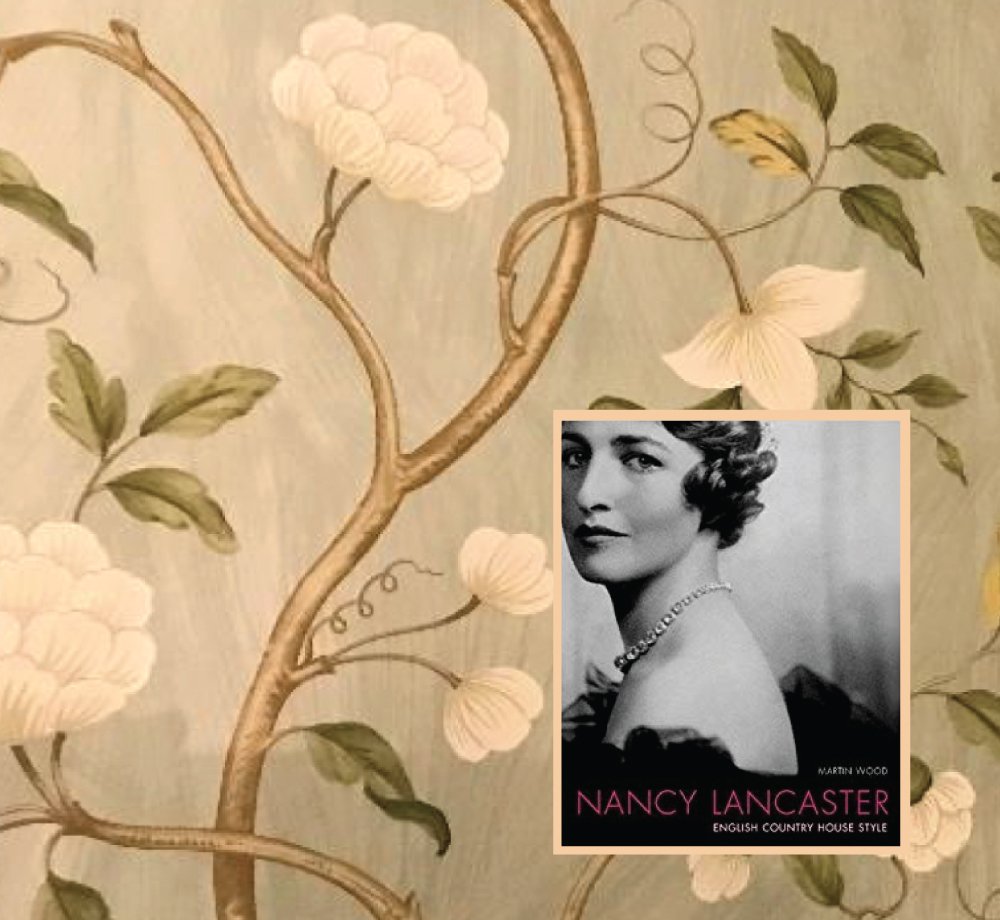 That pattern, called Snow Tree, became one of the most enduring patterns for Colefax & Fowler, the design company she bought from Dame Colefax in 1944 and helped locate in Mayfair. (She was Nancy Tree then, but that crowd got around. The Supermodel Penelope Tree became her ex-husband’s daughter with his next wife.) She became known for her seven rules of design, one of which was to always include fresh flowers in every room.  Even though she lived in places that were large scale she said “Oversize is better than undersize.” Remember that when considering a sofa.

Her yellow sitting room in her final residence in Mayfair was considered the epitome of style, including antiques, avoiding anything stuffy, allowing new fabrics to sit by a window until they were sufficiently “aged.” Fowler glued paintings (not fine art) to the doors. It was a sensation in 1958 and remained so. 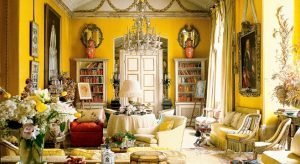 Despite producing hundreds of wonderful papers and fabrics since that time, Colefax and Fowler is still selling Snow Tree.

I so adore this pattern that even after a leak destroyed my guest bathroom, I chose to repair in the same pattern. Some loves are eternal.  Seeing this pattern makes me happy. It’s whimsical, has depth and the willowy vines and cheerful rounded blooms ooze relaxation and charm. Other people prefer it for their hallways.

Each season, artists create a variety of fabrics and wallpapers, many of them florals. Such designs remain popular because of the variety offered by nature as well as the symbolism and cultural associations of individual flowers. The trend for 2019 is bold floral designs infused with heavy washes of saturated color.

“These bold papers also complement modern furniture,” says Jennifer Slutter, an interior designer for Wallauer’s Paint and Design Center, noting that modern design can lack the warmth that florals create. So while furniture upholstery may be more neutral, floral wallpapers offer a splash of colorful creativity.

“There are also many designers creating more contemporary interpretations of flowers,” says interior design Deborah Spiro. “When you want to go bold, a guest bathroom is an ideal choice. It’s a place where you can have more fun.”

Another option that some style-minded clients are doing is wallpapering one wall in a bedroom for the bed to rest against. It creates immediate drama. Another advantage? Instead of having to buy art work, the floral print creates enough of a statement that art becomes optional.