How Flowers Inspire Music and a Let’s Rock Vibe 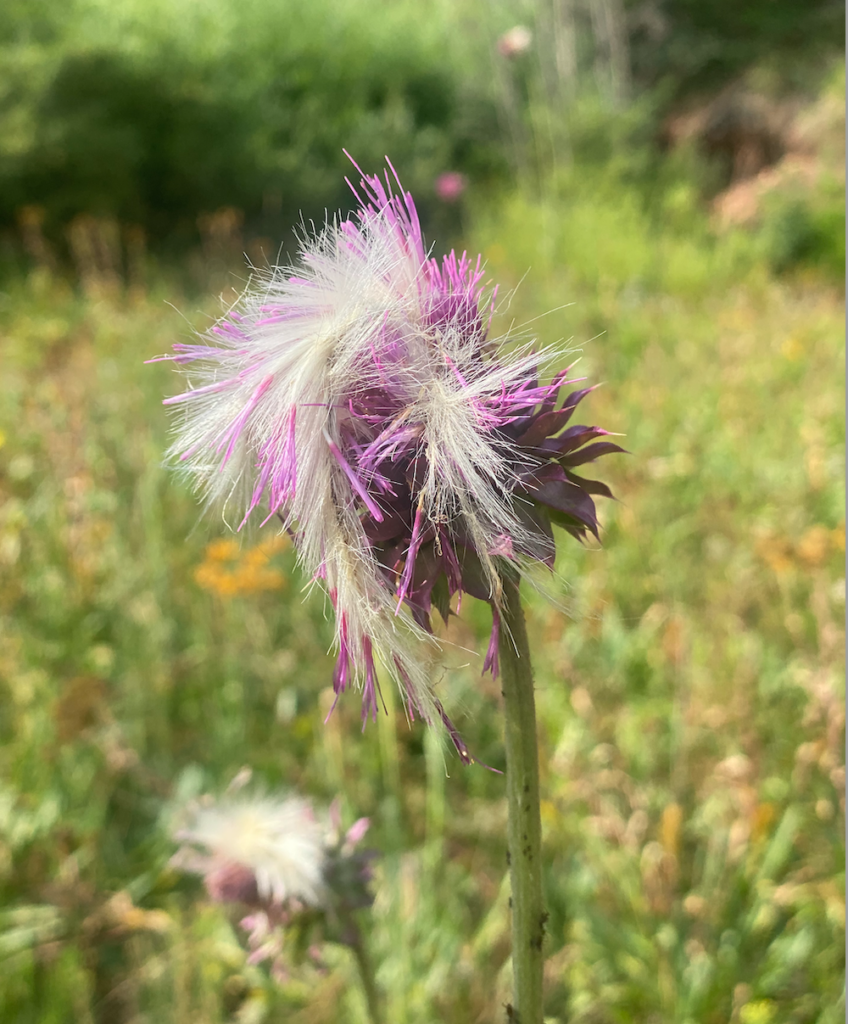 Looks like this Colorado wildflower has a rock n’roll vibe. What do you think it’s rocking out to? Maybe this is the type of flower that inspired Tom Petty’s iconic song, “Wildflowers.”

Over the centuries, artists have been inspired by the rich symbolism of flowers.

In a songwriter’s hand, flowers are reliable metaphors that can very efficiently infuse a song with personal, societal or cultural meanings. And what other entity outside of a flower can simultaneously trigger feelings that can evoke such a range of emotions including love,  loss, longing, celebration, revelry, remorse, remembrance  and of course joy.

“Everyone loves flowers,” says Wesley Schultz, the lead singer for “Lumineers.” “As songwriters, you want to relate to many people.”

Schultz’ song, “Flowers In Your Hair,” was actually inspired by questions he would have liked to ask his deceased father.

Expressions of loss are hard to find words for but since flowers are brought to comfort people in times of crisis, as well as death, songwriters have utilized their happy and sad duality.

Ed Sheeran’s song, “Supermarket Flowers,” was about his beloved grandmother’s passing and what it meant to his “mum.”  His grandmother was very ill during the time he was working on his record and subsequently died. He wrote “Supermarket Flowers” and was going to keep it private until his grandfather urged him to give that beautiful song with such nice memories for others to enjoy. And thus he did and it became a memorable hit.

So while loss is expressed through flowers in these two preceding songs, others have used flowers for completely different meanings.

Sting’s seminal song, “Desert Rose,” is a sultry song about longing. “It is about that desire and craving for someone you love,” he told me at a dinner we had with Shaggy.

“It’s just a great song that people love,” he says of “Desert Rose.” “Everyone can relate to longing.”  Shaggy used the image of flowers in his song, “You Girl,” linking sunshine and flowers in how he sees a special person in his life. Jack Johnson wrote how he noticed how his future wife had flowers on her bicycle.

Longing also influenced Bon Jovi’s “Bed of Roses.”  He was in a Los Angeles hotel room recovering from a hangover. The person he is addressing in “Bed of Roses” is a lover who is not with him at the time. Ah yes, flowers evoke wistfulness too.

Lady Gaga’s interpretation of “La Vie en Rose” was one of her personal favorites from “A Star is Born.” Although the featured song, “Shallow,” won the Oscar, she did share her affection for “La Vie En Rose”  by getting a rose tattoo. Of course, Bette Midler’s song about “The Rose” is almost as iconic as Lynn Anderson’s “I Never Promised You a Rose Garden” or Seal’s “Kiss From A Rose.” And then there is Drake’s “Sandra’s Rose” inspired by his mom who was a florist.

Beyonce uses floral imagery as well for empowerment and also hired the best florists in the world to create floral themed videos. Lizzo used the reference of buying her own flowers as a metaphor for independence and loving yourself first.

Songwriter Paul Williams, who is now president of the American Society of Composers, Authors and Publishers, (ASCAP), smiles when asked to remember favorite love songs he’s written that references a flower. Turns out that he only wrote one song with his brother.

“We were “both songwriters, both recovering alcoholics,” he recalls. “We decided we wanted to write something for our mother who had been widowed since he was six and I was 13. But we had a problem Her name was Bertha!”

Not only does the name Bertha not have many obvious words that rhyme with it, but the name also isn’t a melodic sound like Angie or Delilah or even Billie Jean.

“I don’t know who got the idea but we realized the best way to have her feel what we felt for her was to write about her mother, Rose,” recalls Williams. Rose, it turns out, was who had introduced her daughter – and hence her grandsons – to their mom’s favorite hymn, “In the Garden.”  From there, the two brothers wrote “Rose.”

Katy Perry even named her daughter Daisy and also had a song with the same title. For an obvious reason. Flowers make people happy and the name Daisy, like the flower, represents purity, new beginnings and cheerfulness.

Think about any musician you love and they will have visited a garden and picked a flower to inspire them in their songwriting or performances. In fact, I plan on having a weekly series for you called “The Songs of Flowers.” I will provide more details soon but here is Sting’s video to listen to this week.