Thanksgiving can be a lot like gardening a rose bed. Touch a flower the wrong way, and it can become prickly. You really need to navigate your family arrangements so you can appreciate the beauty and not get hurt by the existing thorns.

This Thanksgiving will be tougher for many families. Why? Well, you know why. Imagine what it will be like at Kellyanne and George Conway’s Thanksgiving table. Political passions and policy disagreements are trigger points even with those in the same political party.

This is why it would be very helpful to consider incorporating these flowers on your Thanksgiving table.

Flowers have ancient histories and healing powers that are surprisingly effective. Consider this. Flowers’ biology has evolved over millions of years – yes millions of years – to simultaneously attract without being attacked. That is a remarkable feat.

In his 1809 French-language “Dictionary of the Language of Flowers,” Joseph von Hammer-Purgstall gathered the passed-on wisdom from the Ottoman Empires as well as Greek philosophy, and noted that some species are designed to emit positive vibes toward behaviors.

So let’s discuss what flowers you should consider having scattered or gathered in a bouquet on your Thanksgiving table so emotions don’t scald and spill like overheated gravy. In fact, share with your family members why you chose these flowers and I promise you that your Thanksgiving will be more special and less heated.

These flowers are already on most people’s Thanksgiving tables because they bloom in the fall in a variety of harvest colors such as pumpkin, garnet and golden yellow. But knowing its symbolism helps spark interesting conversations. Chrysanthemums were thought to evoke positivity because they showed that beauty is still possible despite the oncoming colder months.

Cultivated in China as early as 15th century BC, these flowers were used as an herbal remedy – especially for headache relief,  which could be needed if a conversation veers off in an uncomfortable direction. Drinking chrysanthemum flower tea or taking supplements were also believed to help reduce high blood pressure which could be activated by insensitive remarks.

In Japan, this flower was adopted by the emperor’s crest and there’s even a day celebrating it which is referred to as the Festival of Happiness. The flower brings people together.

Live chrysanthemums, with their hundreds of clustered floating petals, also are a metaphor for many ideas to be gathered in one place and have a holistic cohesive beauty. 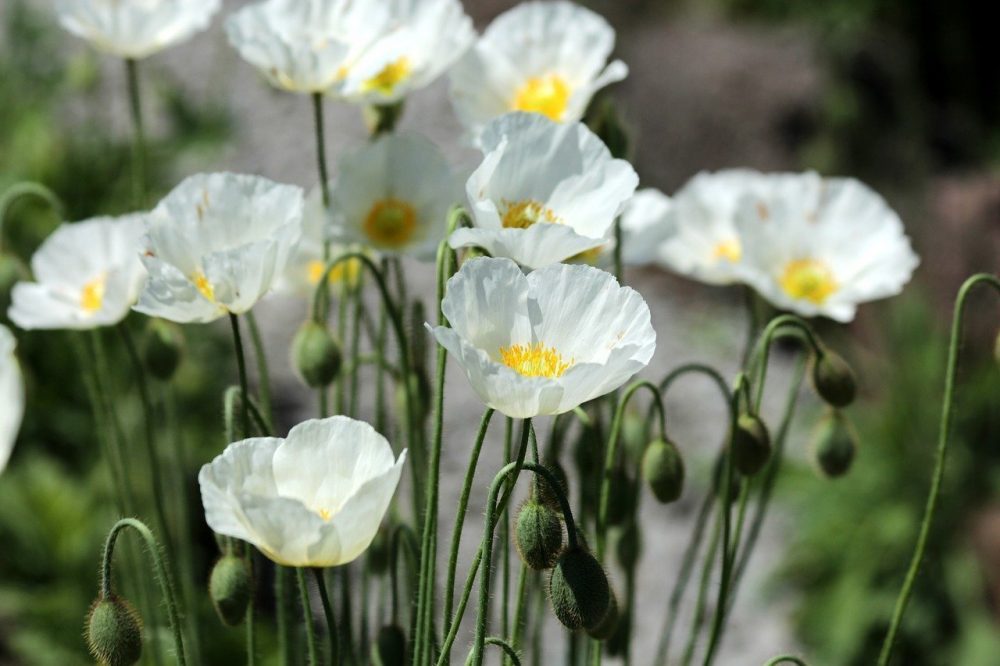 We know from Veteran’ Day that the blood-red poppy represents remembrance and appreciation of military service. But the white poppy has evolved in the language of flowers to symbolize the hope for peace and harmonious exchanges. In fact, in some cultures, the white poppy is worn to indicate disapproval of confrontation and a desire to find ways to stop conflicts.

Although these flowers are hard to find, you can get reproductions that can be put in the bouquet. Or buy faux flowers and give one to each family member as a reminder about the spirit of the holiday. 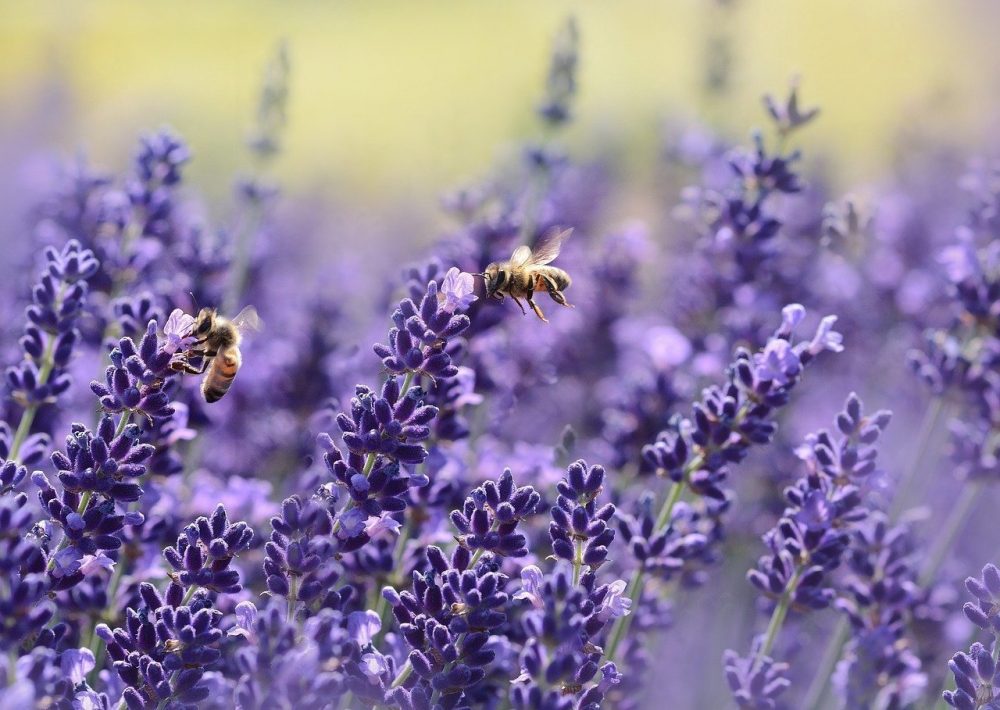 This herb that blooms with beautiful fragrant flowers has documented medicinal purposes. In fact, within its biology are similar components that mirror the effects of valium. Perhaps that’s why symbolically it is associated with bringing peace to interactions with loved ones. If it’s going to be a problematic dinner, keep sachets nearby or scatter some sprigs around the bouquet. It could be used as a modern-day version of smelling salts. 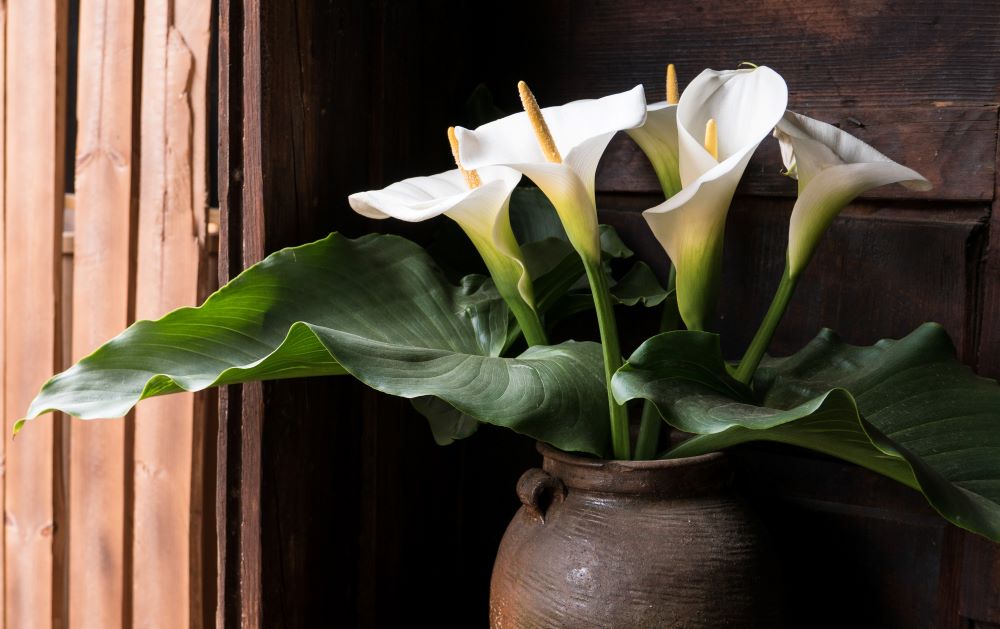 When first observed by European travelers, growing wild on the banks of a stream, with its spade-like shapes dancing in the wind, these flowers triggered memories of a white flag used to signal surrender.  While we are not suggesting that you surrender your beliefs, this flower simultaneously represents the focus on peace and clarity. You are getting together for the holidays. Try to find what connects you instead of focusing on what doesn’t. What you are surrendering is your desire to be right for the greater good.

The purple hydrangea represents the desire to be deeply understood. I would put this on the table vs. a pink hydrangea, which represents heartfelt emotion. These large globe-shaped flowers are beautiful both living or dried. Pier 1 also has beautiful reproductions that I bring out because they complement the autumnal color palette. Feeling understood is crucial for family relationships.

Perhaps take a page from the book, “I Think You’re Wrong (But I’m Listening)“  by Sarah Stewart Holland and Beth Silvers. They advise abandoning the idea of winning an argument or convincing other people of the wrongness of their positions. Instead, focus on trying to understand why someone holds a belief and seek to see the source of that perspective.

Ask, they suggest, what an ideal vision would be for the future. Push away judgments and embrace being understanding. In fact, another meaning of the purple hydrangea is someone having gratitude toward you for understanding. 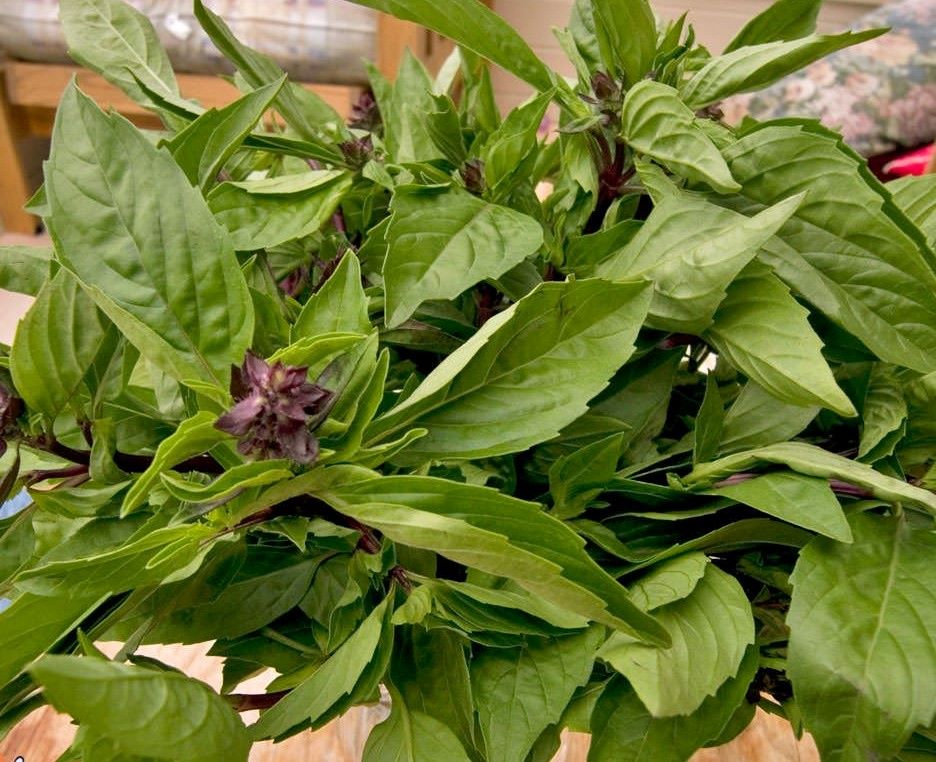 Not only does it smell good, but it has been used for centuries to ward off negative feelings. I often use herbs as greenery in my floral displays.  Another bonus is that basil is considered a symbol of peace for the home. 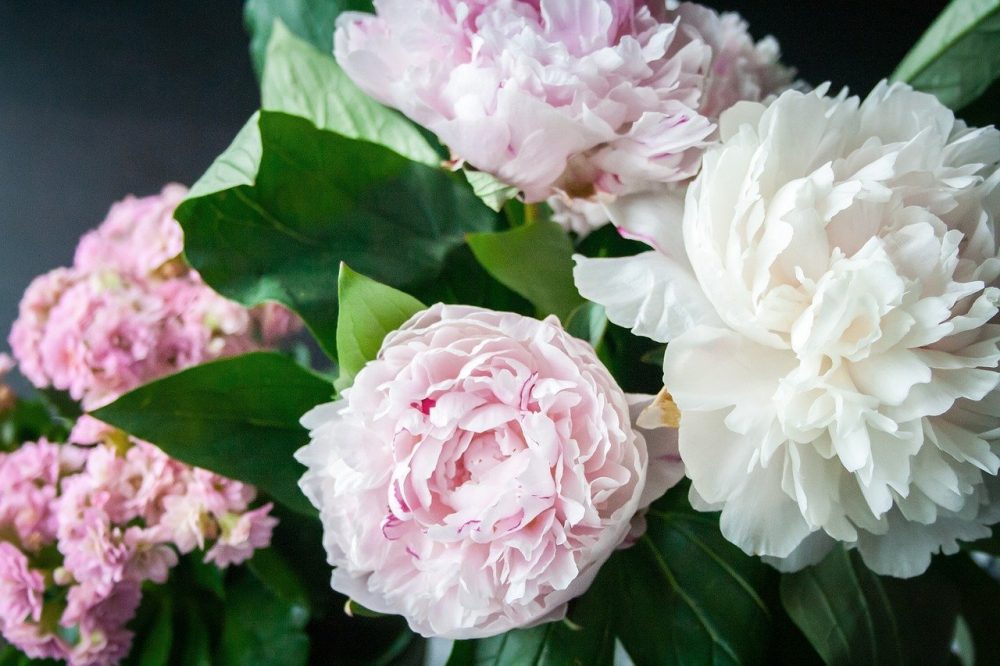 The Chinese believe the peony enhances a prosperous domestic life and evokes feelings of stability between family members. Its pillowy petals are soft and comforting, which is what you want to feel when at home. However, these are summer flowers and the color palette isn’t ideal for Thanksgiving. Perhaps put these – or faux versions – in the bathroom for people who leave the table so they can get back their groove and calm down. 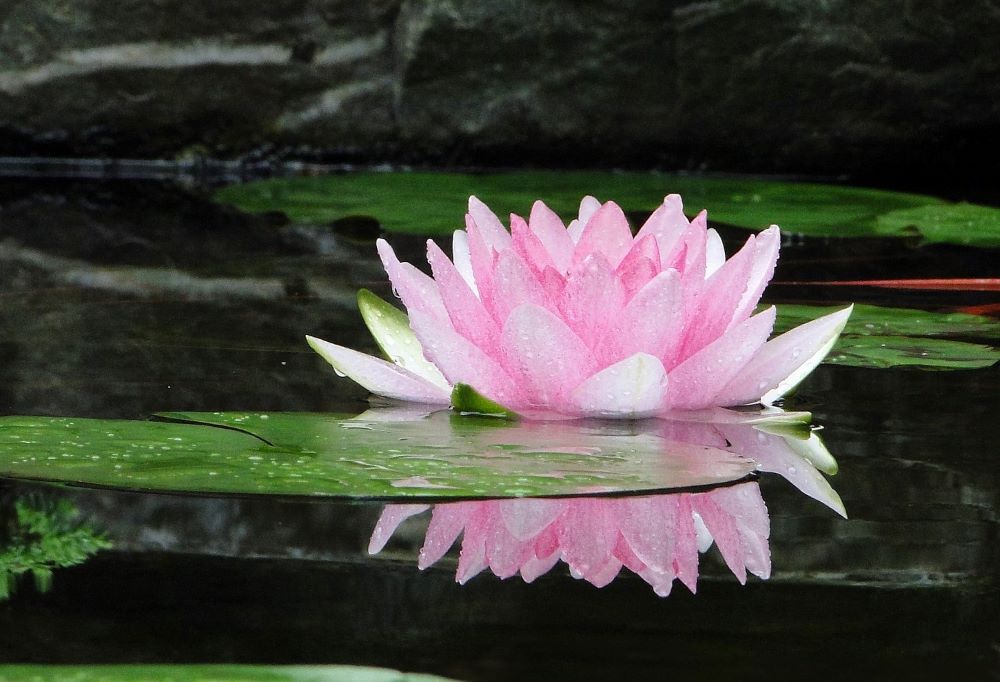 We know how in Asian cultures the lotus represents enlightenment and peace. Dig deeper and there are other meanings as well. Durability. The lotus can float above the water in rainstorms and mudslides. It is unperturbed by whatever frosty or murky weather surrounds it. The lotus is unaffected by what is happening around it or beneath it and just enjoys being in the moment.  Isn’t that what we should strive for in our family gatherings?

In conclusion, we are all tending a family garden of some kind. Find a balance. Maybe it isn’t a rose garden. Maybe it should be described as a bed of hybrids, something akin to what Luther Burbank, the divorced 19th-century botanist invented by mixing different seeds and creating something totally new. When families blend, relationships expand – they are no longer solely determined by biology or rigidity but made stronger by diversity, acceptance and sharing similar roots.

Find the love and the beauty wherever you are.

Jill Brooke is a former CNN correspondent, Post columnist and editor-in-chief of Avenue and Travel Savvy magazine.  She is an author and the editorial director of FPD.