F. Schumacher, that to-the-trade provider of wallpapers and wallcoverings, has looked into its 125-year-old archives and revived four floral patterns. 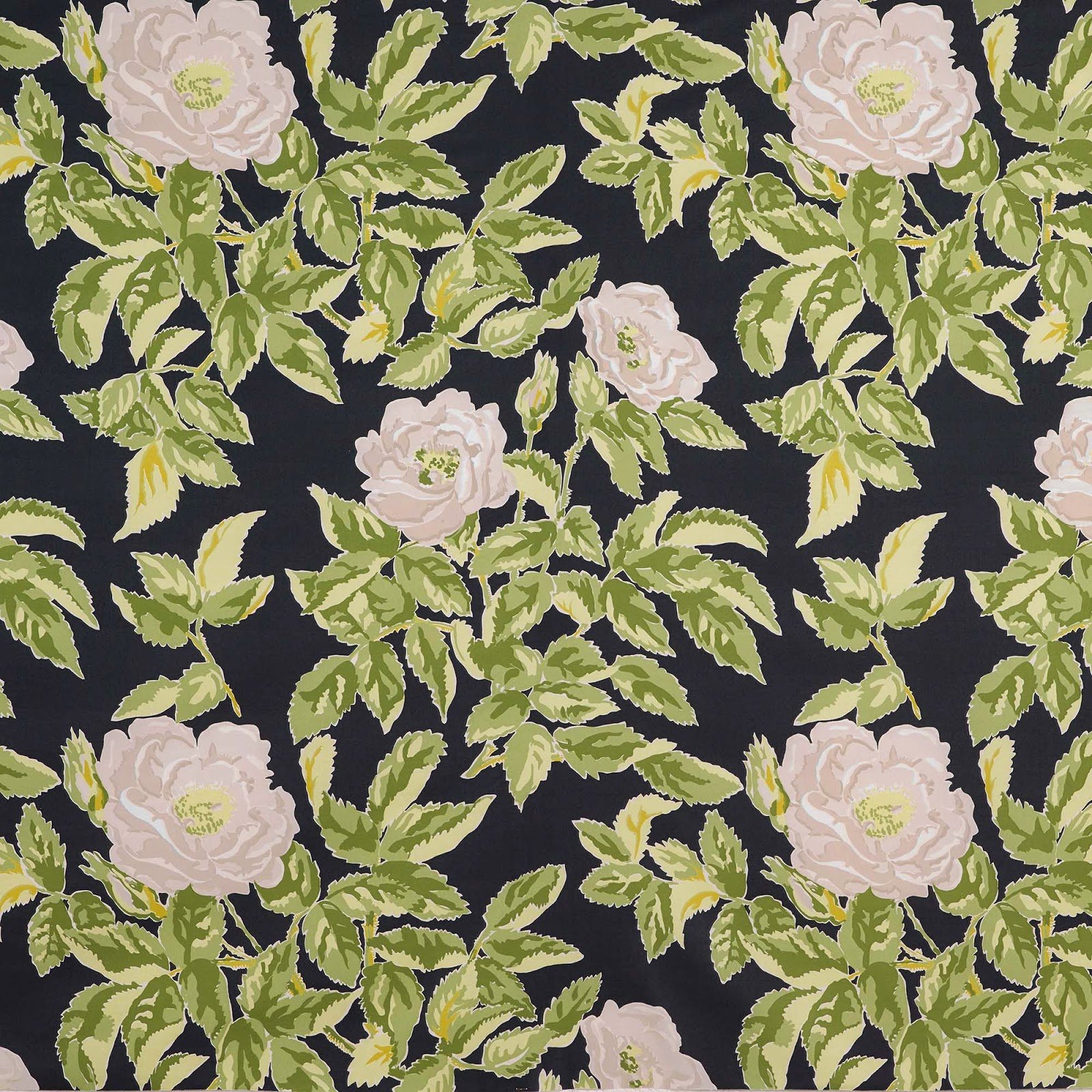 Manor House, by Dorothy Draper, in Nightfall, from Schumacher

They include one by Dorothy Draper, Manor House; Indian Arbre, which could inspire nightmares in small children; Song Garden, which has been blown up (or “rescaled” in polite Schumacher language) and the endlessly unrolling Boughton House.

Manor House, above, comes in Pink Lady, cheerful red roses on pale linen background; Breeze, an odd combination of clay-colored roses, almost brown leaves and a very pale turquoise background, and Nightfall, this dramatic pink-rose-on-black-background version, which we especially like. 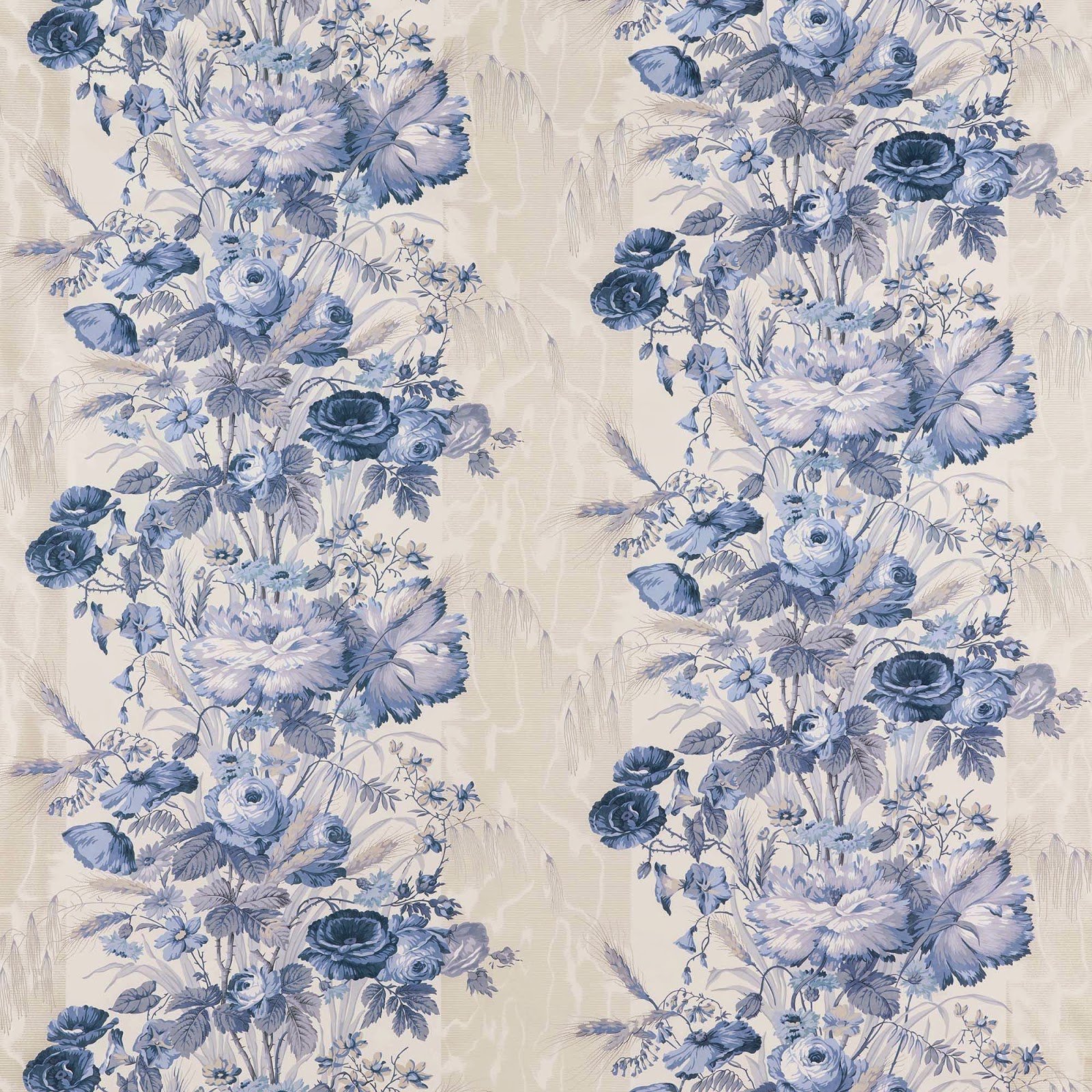 The pattern Schumacher calls Boughton House is based on what they call a “Victorian-era document from the Schumacher archive,” whatever that means, possibly a watercolor. They say it shows poppies, peonies and roses, but we are showing it here so sharp-eyed flower lovers can entertain themselves identifying more flowers than that, plus weeds and shafts of wheat, even without a color clue. Schumacher touts this as a nice accompaniment for, say, porcelain.

The color (we at FlowerPower refuse to say “colorway”) they call “Gris” is actually a much nicer combination, with green leaves and pale mauve flowers. If someone is looking for pretty, that is the solution we would suggest. 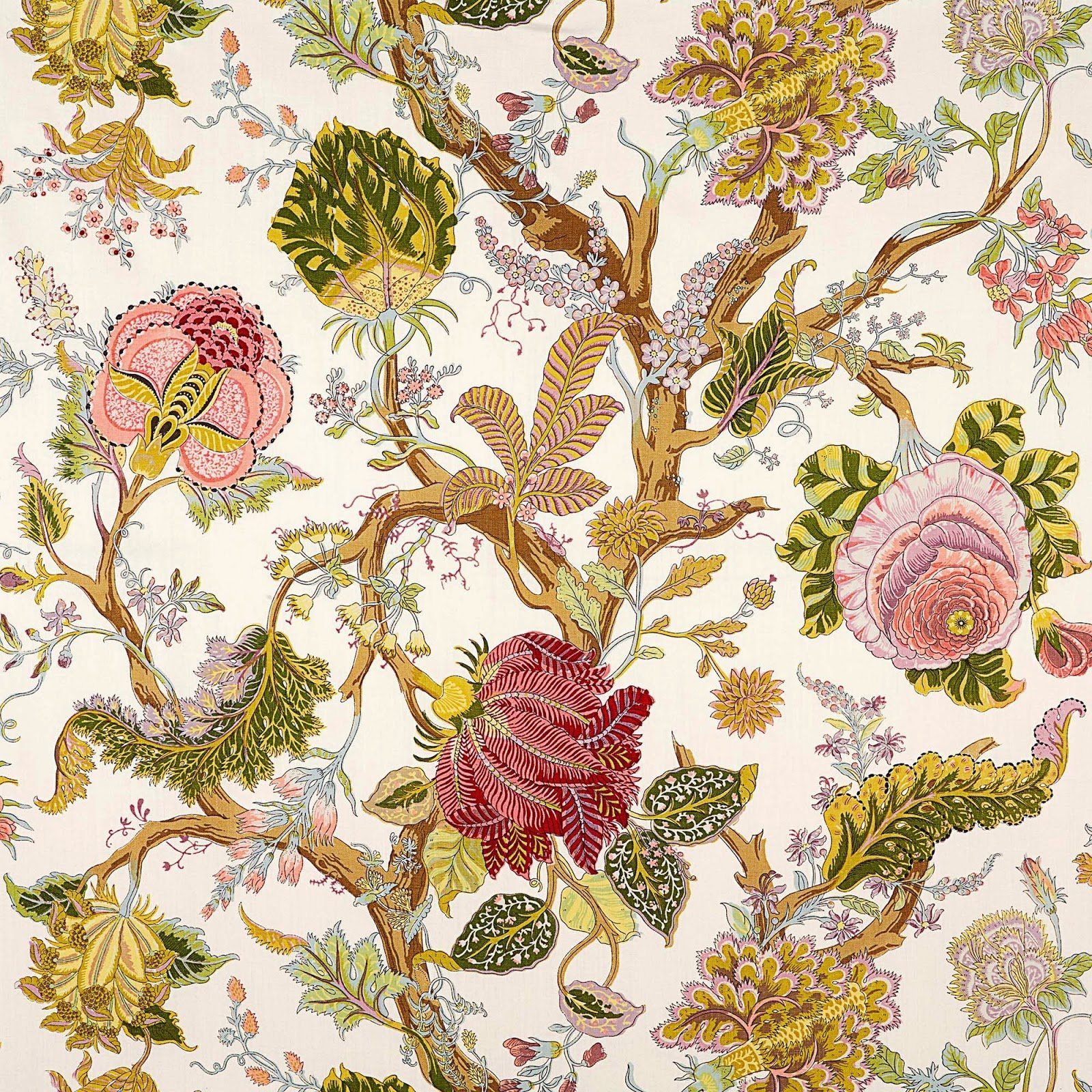 Indian Arbre? This pattern from the 1920s (were people doing opium then?) reminds us of “Little Shop of Horrors.” Perhaps this is best confined to adult precincts, a smoking room, study, billiards room. It is definitely a grown-up pattern, in any of its colors: Hyacinth, Tea or the least oppressive, Spring.

And finally Song Garden. This pattern was based on an 18th-century French document, which does not explain why it looks like it should belong, in the red color, which Schumacher calls Lacquer, in a Chinese restaurant.

Why a French document from the 1700s featured pagodas, and exactly what kind of document might have those flowers, and what exactly are those flowers meant to be, and, seriously, people drew like that at that time? might be a nice subject of conversation.  We suggest the Greige, as shown, or the fine-looking cocoa. For those into intense sensations, look up Song Garden in Chartreuse.