The Elusive Sweet Pea – Will This Be the Year You Grow? 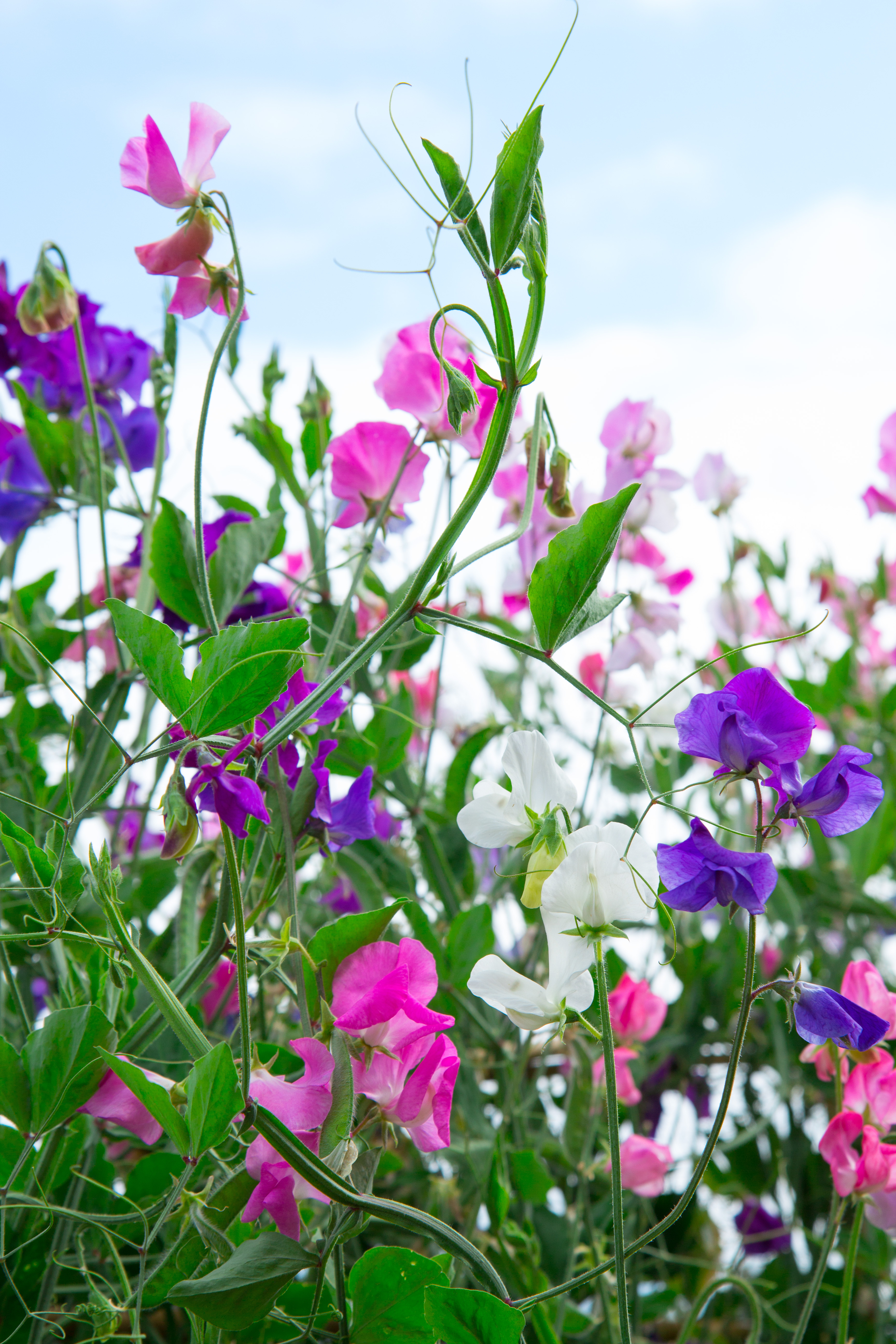 I grew up in Minnesota, where we gardened in sand. Planting was easy, and it stayed cold late in the spring. The sweet peas were everywhere. 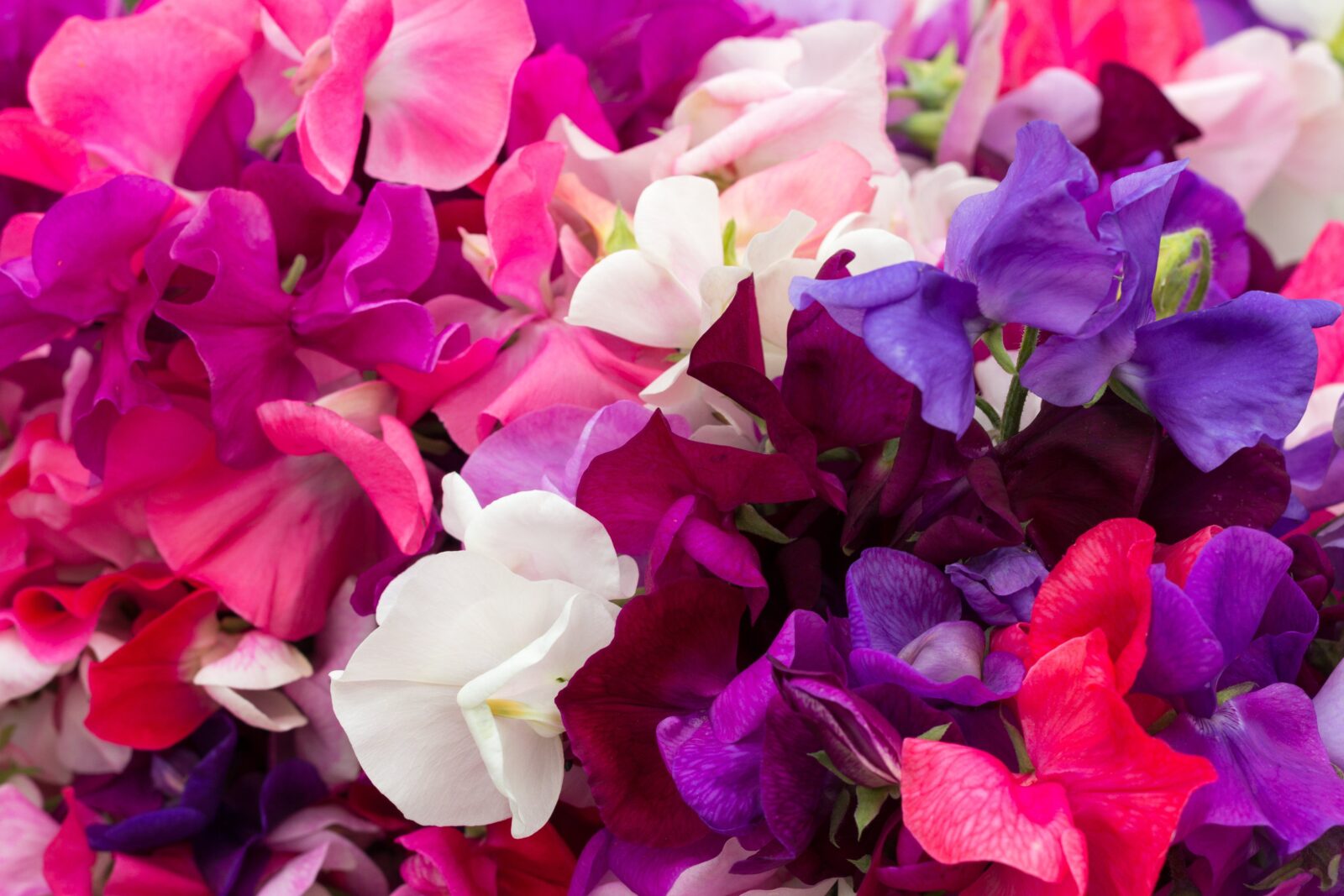 Maybe my problem is fleeing Minnesota.

I live out East, where I garden in clay. Maybe it’s Global Warming. Maybe I start too late. I have a friend, Mary, who has sweet peas in her garden, in Upstate New York, but she also has a gardener. I am jealous.

I have never in my adult life gotten a sweet pea to bloom.

Let’s consider the meaning and history of the sweet pea.

But first off, why is the growing season so front loaded with sweet smelling flowers? Right at the beginning we get lilacs, hyacinth, peonies, tulips. violets, cherry blossoms, apple blossoms, peach blossoms, iris, lily of the valley and sweet peas – the most delirious of the European and North American scents. apart from the rose and stray oriental lilies. The rest of the year’s flowers are, to humans, so devoid of scent. Daisies: nothing. Dahlias? Nope. Straw flowers. Chrysanthemums? Hydrangeas? Are you kidding?

Now let’s think about the glorious sweet pea, the flower of the month for April. Up north we should be on our hands and knees in the mud in April – the COLD, CLAY mud – digging around in the squishy ground, hoping that a sweet pea seed, any seed, might find a home and grow. Note that peas like water to sprout, but they don’t like to be too wet, or they will rot. So clay soil is already a problem.

Meanwhile, I’m planting tiny seeds of arugula, regular peas, kale, lettuce, all those early crops. We stick them in the ground. Hope the weather gods don’t have a sub-zero surprise for us. And scurry back indoors.

Wouldn’t a hot tub be nice?

Let’s talk about the history of the sweet pea. Who knows? That’s the thing. No. One. Knows.

It’s called Lathyrus odoratus and the “odoratus” is the same meaning as the “odorata” in viola odorata (with the Latin agreement switched from “us” to “a”), in other words “sweet pea” and “sweet violet.”

The sweet pea is not even the same family as the pea we eat, and, note, it’s poisonous.  Not poisonous like strychnine, but poisonous like you lose the ability to walk, and become incontinent. Poisonous enough, right?

It’s called “lathyrism,” and is the result of eating any form of the “grass pea,” of which the sweet pea is one. Grass peas are common in India, so that would seem to be a clue, but no one noticed sweet peas until a monk in Sicily, Father Francisco Cupani, discovered sweet-smelling flowers in his garden and sent some seeds to friends in England and Holland in the 1690s. So sweet peas came from: Sicily? India? Divine intervention? You see the problem… 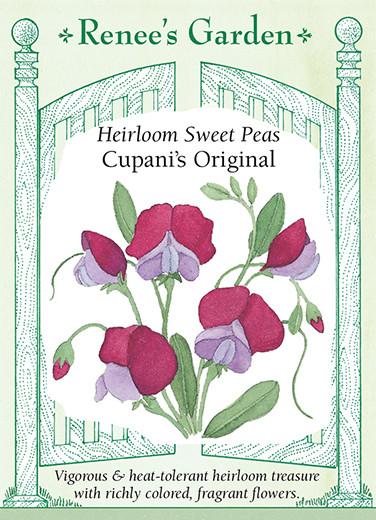 One look at the botanical drawings of sweet peas will tell you that the flowers, besides smelling sweet, also conveyed more than a mere suggestion of female sexuality, both with their color and form. They were the essence of spring, of fertility. They signified renewal and according to the somewhat sober record books stand for “pleasure” and “gratitude.”

So there they are: Cupani’s original sweet peas. It did not take long for sweet peas to inspire hundreds of cultivars in the botanically competitive gardens in England, Scotland and Holland, and of course those seeds traveled to the Colonies. Once in America, they became a sensation, and in 1811 Thomas Jefferson, our gentleman farmer, was eagerly soliciting lathyrus odoratus seeds from a friend in France. It is said he grew five kinds of sweet peas at Monticello, including Painted Lady.

A chicken farmer and seed dealer in Pennsylvania, Washington Atlee Burpee, bought some land in Lompoc, California, just before World War I, and began growing sweet peas experimentally. Within a few years the US package sweet pea seed market was born. America being a little more up tight, the sweet peas looked frilly. but far less sexual. 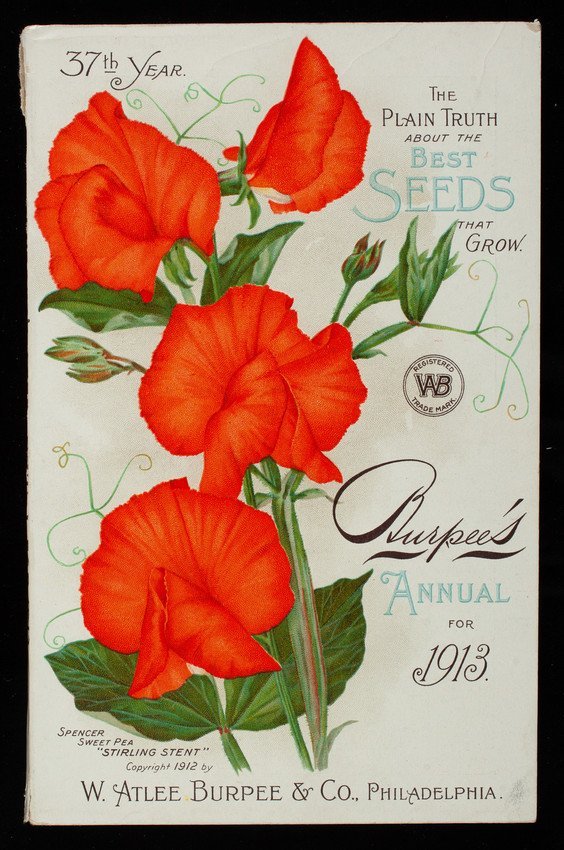 And I still could not get sweet peas to grow.

This year I’m going to cheat. I see White Flower Farm will sell me three pots of already started sweet peas, for “only $26” and I will get three varieties: Cupani’s original, Sweet pea Jewels of Albion and Sweet pea Cheri Amour. The write-up says I should keep cutting the flowers and the sweet peas will keep coming, right up until June.

It’s ridiculous. I could buy a bouquet of sweet peas for less than that. But I am determined to see them growing six feet tall along my own fence.

September Update: I did not buy sweet peas in pots. I bought three different kinds of seeds, made a chicken wire fence, planted early, fertilized, soaked, weeded, tended… And was mostly disappointed by the usual store-bought seeds. But the frilled Spencer sweet peas from Johnny’s Seeds were spectacular performers. They never got very tall, but they bloomed – wait for it – through September. It was not a cold summer, but somehow these sweet peas kept going. I did mulch the roots to keep them cool. So next year, more sweet peas from Johnny’s Seeds. In addition, their seed count was generous.