Carrie Underwood: Just a Dream in Celebration of Her Birthday

Over the centuries, artists have been inspired by the rich symbolism of flowers. A single flower can evoke stories of courtship, marriage, hardship, remorse, happiness or joy. In an artist’s hands, flowers are reliable metaphors to infuse a song with personal, cultural or religious significance. We will share some of our favorites where lyrics about flowers are scattered throughout memorable songs. 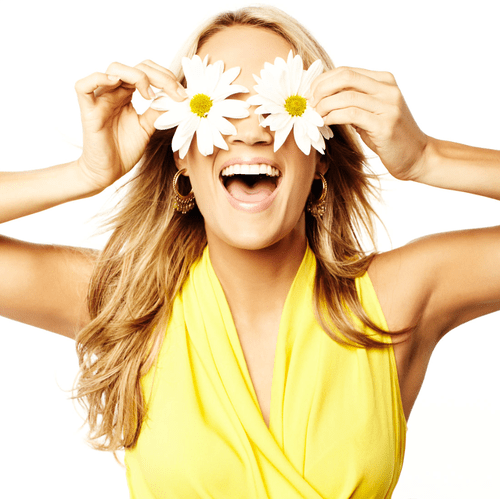 Birthday girl Carrie Underwood has a lot to celebrate this year – including the birth of her second son, Jacob, who joined brother, Isiah. The talented singer is now on tour promoting her latest CD  – and hit –  “Cry Pretty.”  She has sold over 65 million records and is considering the Queen of Country.

Carrie’s single #LoveWins will also be featured on the soundtrack for #BreakthroughMovie, in theaters April 5th.

Her debut album, Some Hearts, was released in 2005. Sparked by the success of “Before He Cheats,” it became the best-selling solo female debut album in country music history. Ever since then, she continues to excite fans with her range and relatable songs and is considered the most successful female country singer of all time. She also excites us with all her beautiful floral dresses.

This song, “Just A Dream,” was from her “Carnival Ride” album and sold over a million copies. Although her birthday is March 10th, we’re going to keep this on an extra day.