8 Weird and Wonderful Flowers to Discover

When I first got my iPhone, I began “spying” on nature, specifically, flowers. I was amazed at the intricacies, the astounding variety, sheer creativity and the wacky, unusual qualities of some flowers, which you can see well using the macro capability of most smartphones.

So when Flower Power’s Jill Brooke asked me to spotlight some of the “weird but wonderful” flowers I’ve come across, I put together the following group of “weirdos”—which I think are an absolutely joy to see. 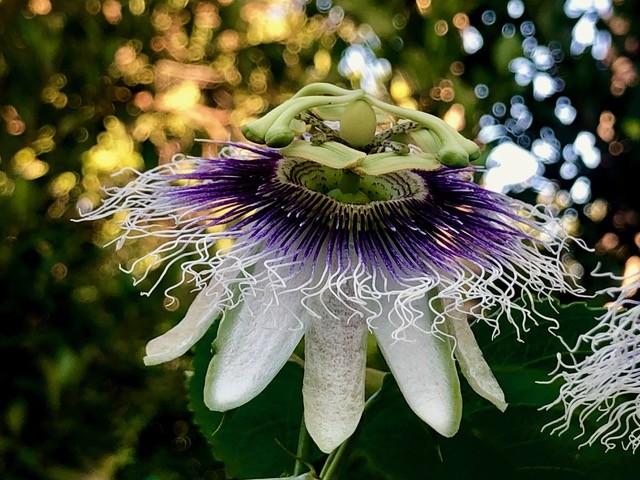 Passion flowers got their name sometime around the 1600’s when Spanish Roman Catholic priests saw the unusual centers of the flower as representing elements of the Crucifixion of Christ.

There are about 400 different species of these exotic looking flowers, which emanate from fast growing, tendril bearing vines. Some species produce edible passion fruit.

The leaves of passion flower plants are also widely used medicinally as a relaxing, sedative tea. But please do your own research and check with your doctor before trying! 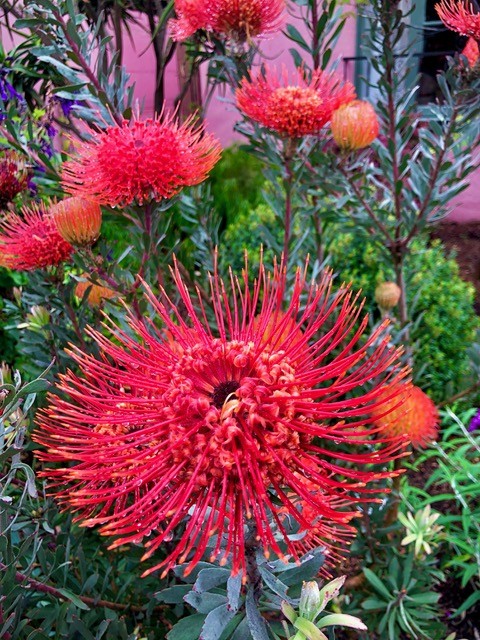 The bright showy pincushion flowers got their colloquial name because they look like pincushions filled with colorful pins of orange, red, or yellow.

The flowers grow on shrubs which are native to the South Coast of the Western Cape Province in South Africa. A couple of months after flowering, their ripe fruit falls to the ground and gets carried by ants to their underground nests.

There the seeds are protected from rodents and birds. It is not until the vegetation has been cleared by a fire that the rain and chemicals from the charred wood seeping into the ground promotes germination, thus reviving the pincushion. 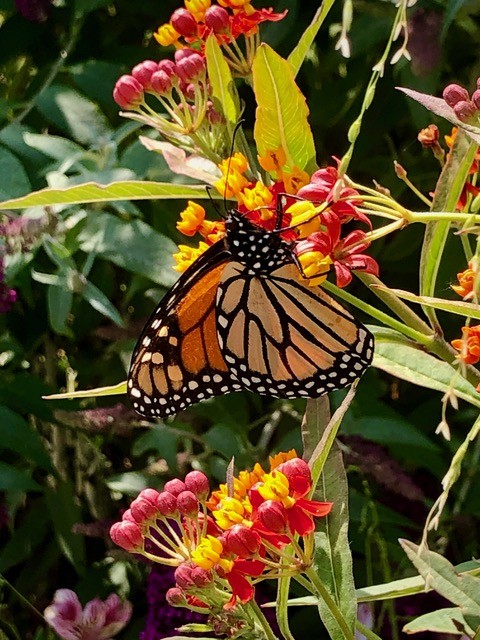 Bloodflower milkweed have red-orange flowers with yellow hoods. Without this type of milkweed, monarch butterflies would not survive, as it is the only plant which monarch caterpillars eat and the only plant on which monarchs will lay their eggs. As adults, monarch butterflies do widen their diet to include the nectar of other plants, but it is thanks to milkweed that the monarchs live through their early phases.

Recommended: These Extraordinary Flowers Show Us How Weird Can Be Beautiful

Milkweed nectar also nourishes other types of butterflies and bees as well, but this is definitely not edible for humans as the plant contains toxins to any would-be predators of the monarchs and other pollinators. 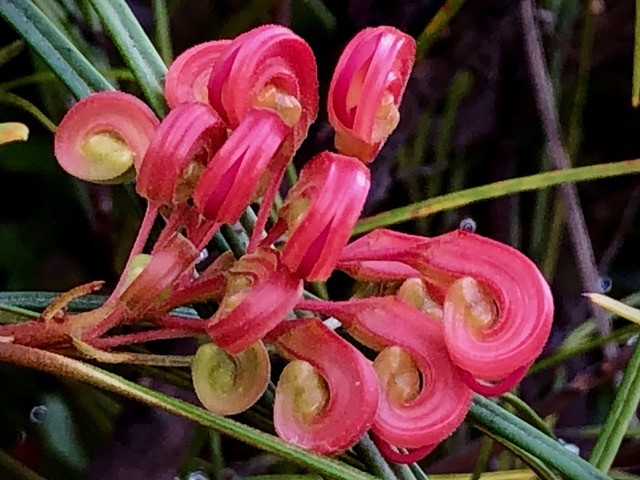 Native to the rainforests of Australia, New Guinea and some Indonesian Islands, grevillea plants attract many birds, especially hummingbirds, because of their sweet nectar.

This particular type—grevillea “Long John”— produces dazzling clusters of large coral flowers, grows on a shrub, blossoming throughout much of the year.

Grevillea grow in well-drained soils in full sun and are drought tolerant once established and are virtually disease and pest free.

These shade loving plants originated in Central and South America and were discovered by the French monk and botanist Charles Plumier on the Caribbean Island of Hispaniola around 1696 to 1697.

These two-toned, pendulous flowers are tubular to bell-shaped and come in shades of red, purple, pink and white.  Their outstretched petals look like a skirt and their stamen look like little legs with ballet slippers on their tiny feet.

An added bonus of fuchsia flowers is that the berries that follow the blossoms are edible with a taste ranging from tart and lemon-like to peppery or sweet. 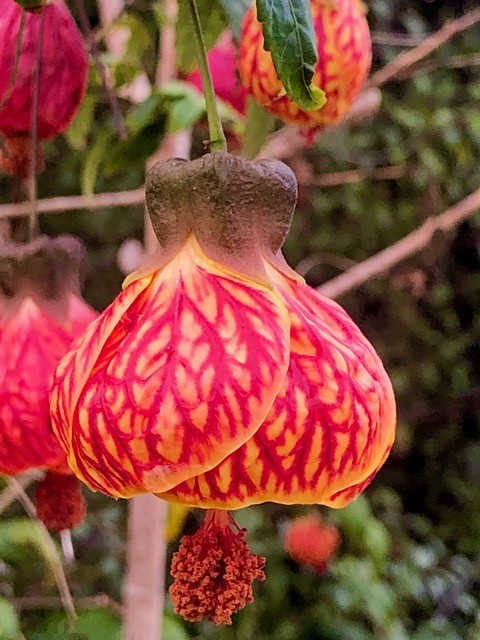 Originally from Brazil, Argentina, Paraguay and Uruguay, abutilon can bloom almost the entire year in areas that are frost free, while colder areas still have a long blooming period from spring to fall.

These beautiful blossoms are also edible, raw or cooked, and its sweetness increases as the flowers mature. 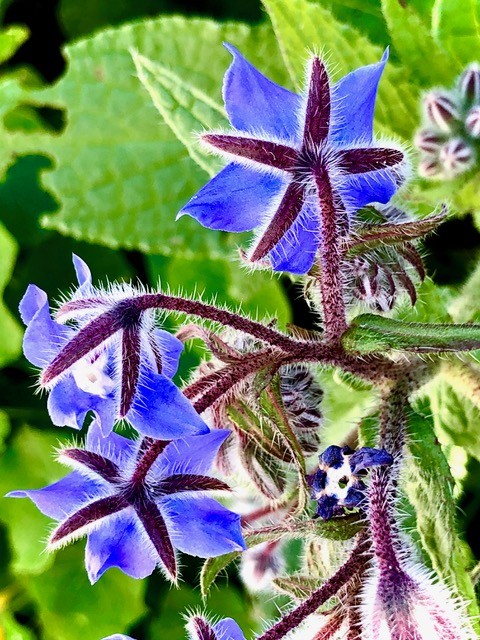 Borage is sometimes called starflower, because of its fuzzy star-shaped blossoms or bee bread, because it attracts pollinating bees.

The flowers start out pink then turn to a rich, vibrant blue, hanging in downward facing clusters.

Recommended: 10 Annuals for a Garden That Blooms All Summer

An easy growing annual herb plant, the leaves and flowers of borage are edible with a mild cucumber-like flavor. Make sure to harvest younger parts of the plant, as the older borage gets, the more it becomes covered with its prickly fuzz. 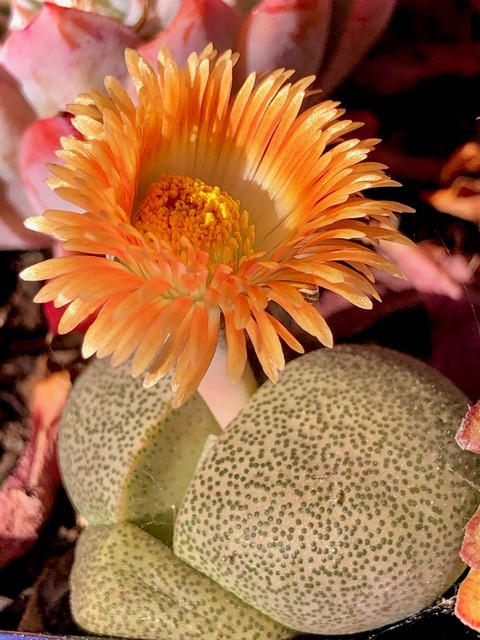 Lithops are nicknamed “living stones” because these unusual succulents look like little rocks, unless they are blooming. Originally from South Africa, these tiny plants only have a stem while flowering and are otherwise just a pair of rounded leaves, which eventually split to make way for a new pair of inner leaves.

When ready to bloom, lithops send up a single yellow, white or pink flower from the fissure between the pair of leaves. Although the blossoms are rare, each one can last a week or two, closing every night and opening during the day.