Like many places around the globe, October is the month for breast cancer awareness since this insidious disease is the most frequently diagnosed cancer among women in 140 of 184 countries worldwide and the second most common cancer.

As we know, flowers heal and provide comfort which is why I like the efforts of Bloomex, a company that donates 7,600 pink carnations for the “Canadian Cancer Society CIBC Run for the Cure.” 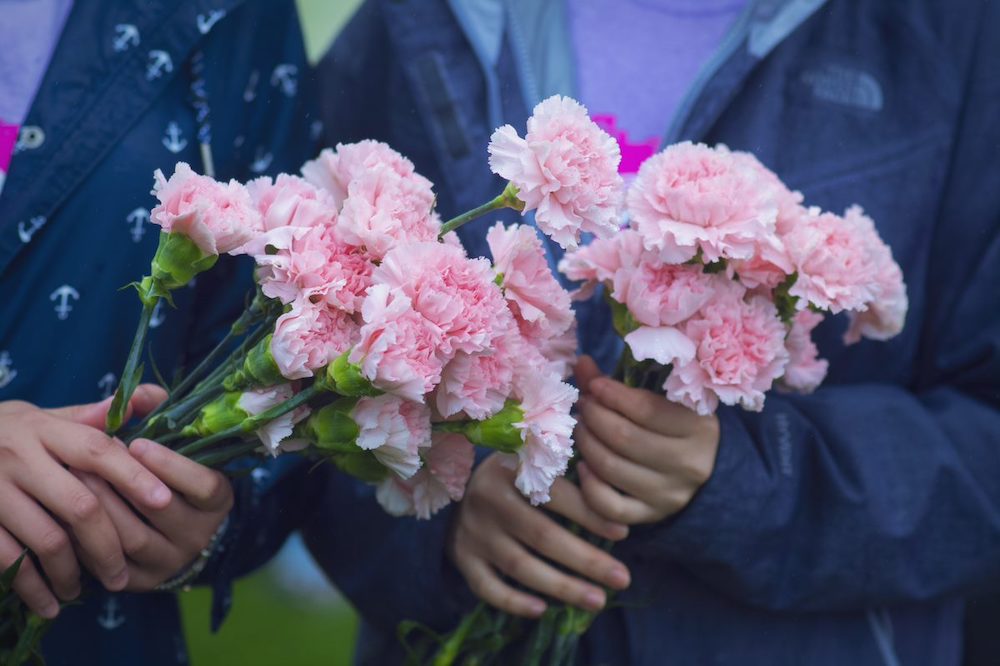 This event, which takes place on October 6th, is Canada’s largest single-day volunteer-led fundraiser. Started 20 years ago, the run will be held in 57 sites across Canada. The pink carnations are given to all breast cancer survivors and those who are navigating treatment. The pink carnations are handed out during special ceremonies at each participating site. 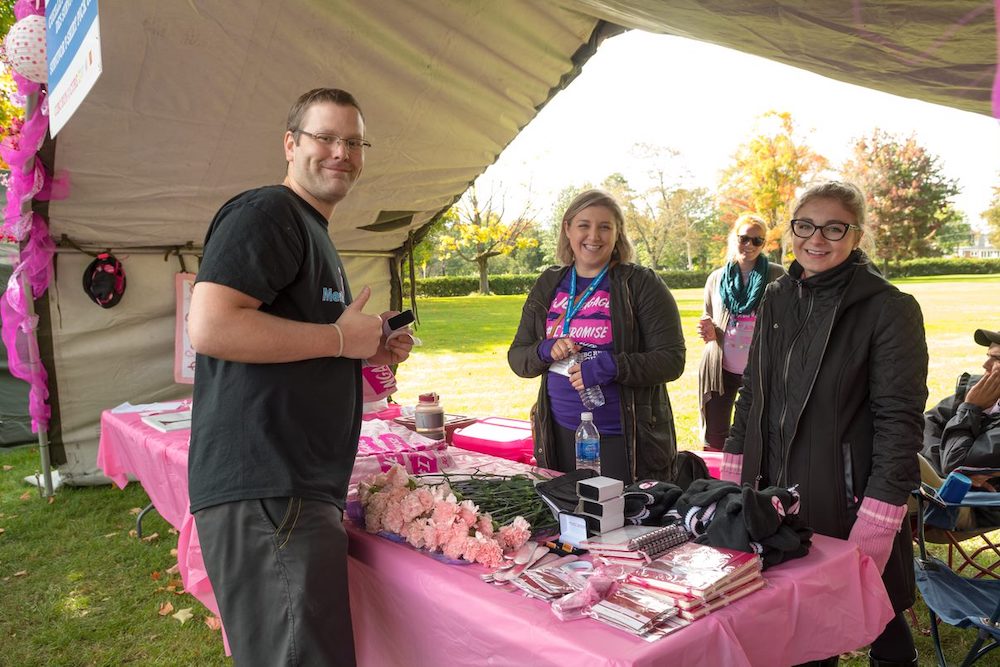 As Sue McDonald, who runs corporate partnerships at Bloomex told me, everyone knows someone who has been touched by breast cancer.” She says Bloomex, which is the largest florist in Canada, donates to this cause because it promotes the goal “to create a world where no one fears breast cancer.”  Funds raised help research which already is diminishing fatality rates.

“Flowers are an amazing way to share positive thoughts, caring and support,” she adds. “Something as simple as receiving a flower that shows ‘we see you, and we care’ can have a very positive impact on the recipient as well as their family, whether it’s to celebrate the recovery or to support the journey through breast cancer.”

Isn’t that true? Sometimes we feel helpless when those we love have this randomly happen. Often people don’t want to “talk” about what’s going on and let the disease dominate so much of life conversations. Flowers have many many meanings, and giving them to loved ones is a way to let them know without saying anything that you care about them.

I have two friends navigating treatment right now and my heart aches for each of them. My best friend Barbara is a survivor and thriver.  I prefer the term “thriver’ because anyone who manages this disease has had to summon an awesome warrior spirit and self-advocacy.

In fact, inspired by this event, I plan on giving all my friends who are “thrivers”  a special pink carnation this week. Maybe you will too. 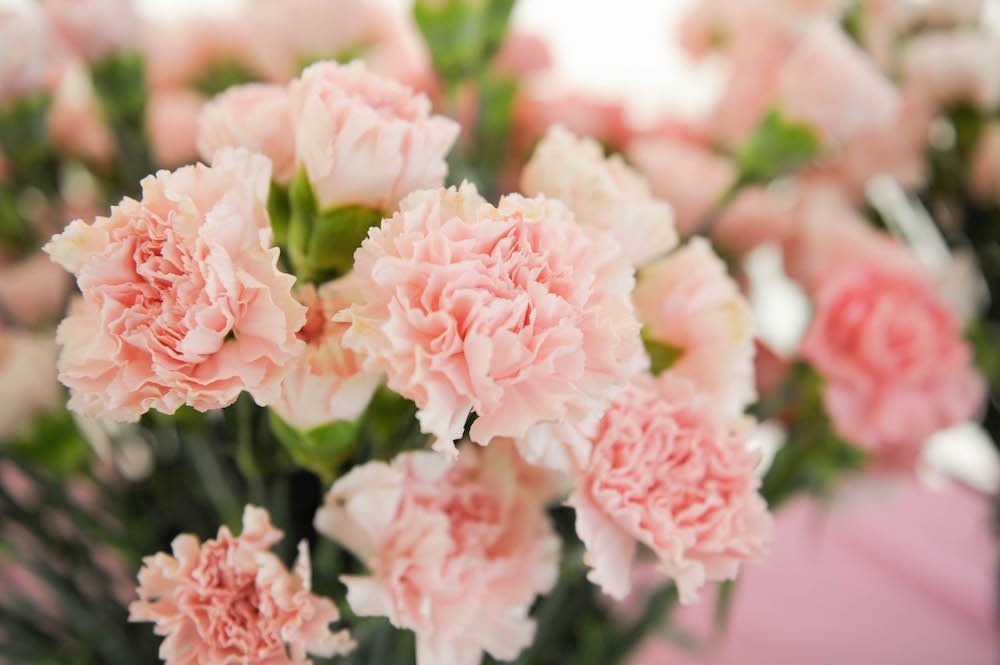 The pink carnation is symbolic for many reasons and an ideal choice for this sentiment.

First, it means being unforgettable.

Not only is the experience an unforgettable life event – because you do see who is there for you and who isn’t – but the pink carnation also simultaneously symbolizes love, particularly maternal love.

Legend has it that when Mary saw her son Jesus carrying the cross to his crucifixion, she broke down and cried. Those tears that fell stirred the soil and pink carnations sprung up from the earth.

This is also why pink carnations are so popular for Mother’s Day and also represent the sentiment of appreciation.

Giving someone a pink carnation to anyone who has had to deal with breast cancer is the trifecta:  representing appreciation, being unforgettable to you as well as the love you have for them.

Oddly enough, the leaves of pink carnations are poisonous to pets. It is a minimal amount but as someone who delves deeper into symbolism, this association makes it also more interesting for breast cancer thrivers. Even though there is some poison attached to breast cancer treatment in the form of chemotherapy – from it springs beauty, life and growth. That’s a nice message to also promote and share.

The beauty in the pink petals, clustered together like soft ruffles, represents fullness after the growth. Ask any cancer survivor and there is a feeling of growth and appreciation for life that comes from the experience. 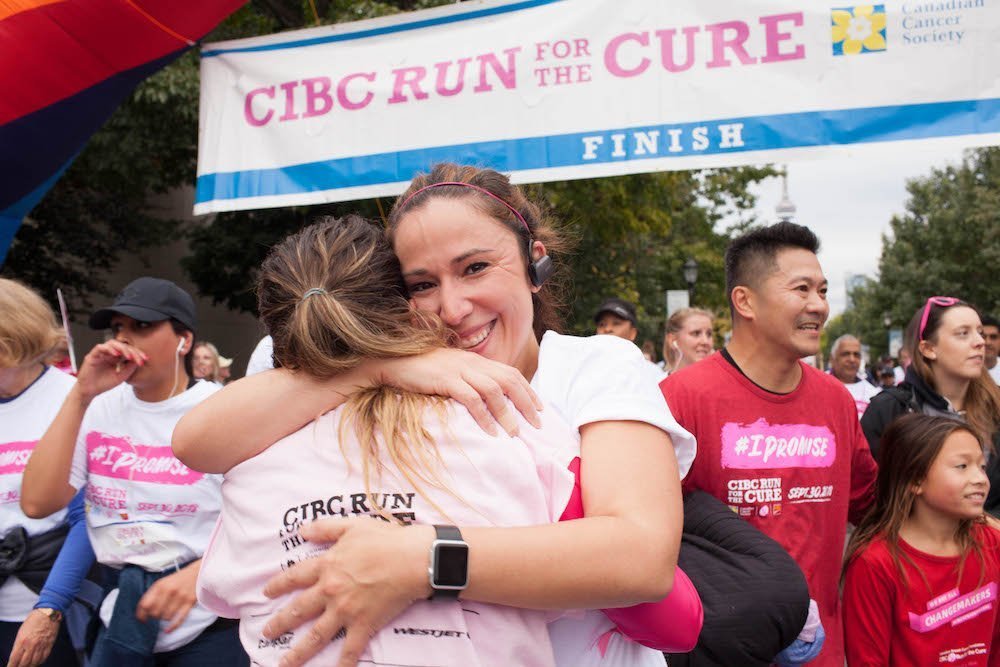 In the United States, pink ribbons have been used as a symbol vs. pink carnations. In 1993, cosmetic heiress Evelyn Lauder founded the Breast Cancer Research Foundation and reinforced the pink ribbon as its symbol. This was two years after the Susan G. Komen Foundation handed out pink ribbons in its New York City race for breast cancer survivors.

Now if you decide to give a pink carnation to a friend or family member,  try to get one that is totally pink. In Victorian times, if the carnation was striped – and there are some pink and white striped versions – the meaning would shift to a refusal to accept the love that is being offered.

However, being the optimists we are, an effort to give a pink carnation to someone who is missing someone who died from breast cancer or is navigating the disease, will likely be very much appreciated. As we say at Flower Power Daily, no act of love is ever wasted.