Floral Dresses Are as Rare as Ghost Orchids at the Oscars

The Oscars didn’t have a host, nor a crop of great floral dresses. However, there were some notable exceptions: actresses wearing floral, either as an embellishment or a full-on display.

Maya Rudolph took flower power to an eye-catching level with a pink frilly voluminous dress with matching cape for dramatic effect. This choice looked more like someone had gone into their grandmother’s attic for some curtains. This wasn’t channeling Scarlett O’Hara, but it did grab attention. It was one of those dresses they lament in “Bridesmaids.” Fashion critics have already pounced on it, but we were happy to finally see some florals.  If it had been a little more tailored, the dress would have been better received and the wispy belt cheapened the dress rather than enhanced it.

Sofia Vergara’s dress at the Vanity Fair party, where she was escorted by her husband, Joe Manganiello, is an example where a belt can enhance an outfit. The “Modern Family” star’s black-and-gold feathery dress was cinched with a matching gold belt with a flower detail. It was elegant and also showed off her assets up on top. 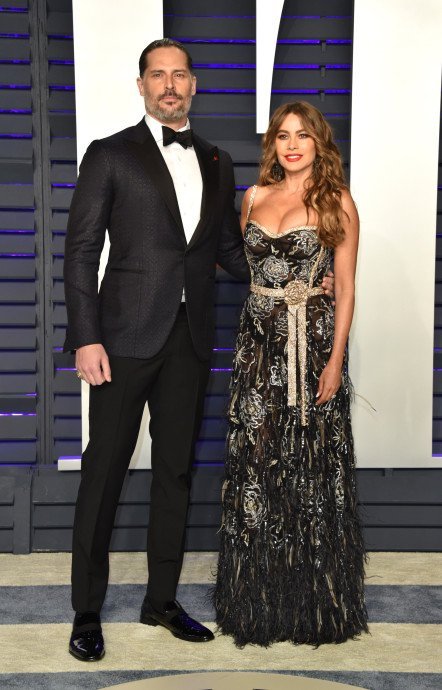 Michelle Yeoh always stuns and we appreciate how she often chooses floral motifs in her dresses. This shimmering off-the-shoulder dress with floral embroidery was subtle and beautiful. The threads creating the floral swirls were exquisite. 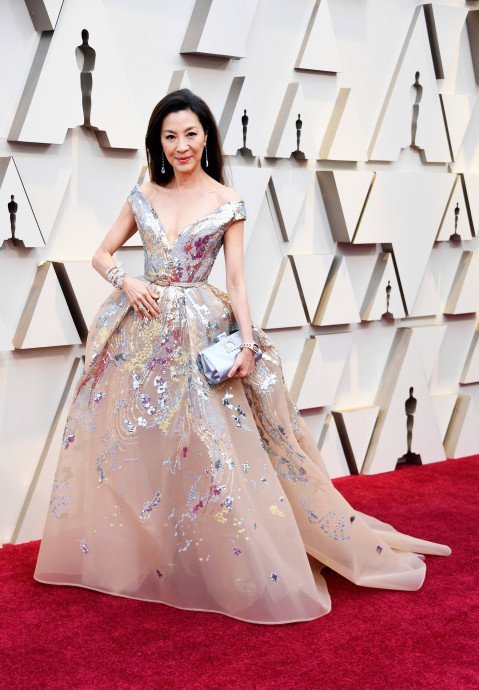 We also liked Sibi Blazic’s black and white dress. Christian Bale’s wife looked lovely in this bold but elegant choice. The flowers were modern and sumptuous but didn’t overwhelm the dress. it’s all in the details. If the flower motif would have continued draping down on the right, it would have been too much. But the fact the designer cut it off on the right made it modern and interesting. 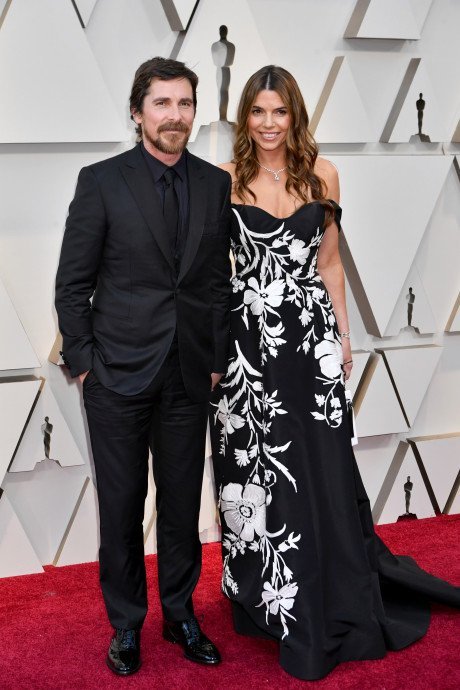 We also want to give a shout out to Adam Lambert for wearing a flower in his tux jacket lapel. Also noticed how many men in previous award shows were wearing tux jackets with floral motifs sewn into fabric and we didn’t see any this go-around.

There’s always another awards show around the corner.