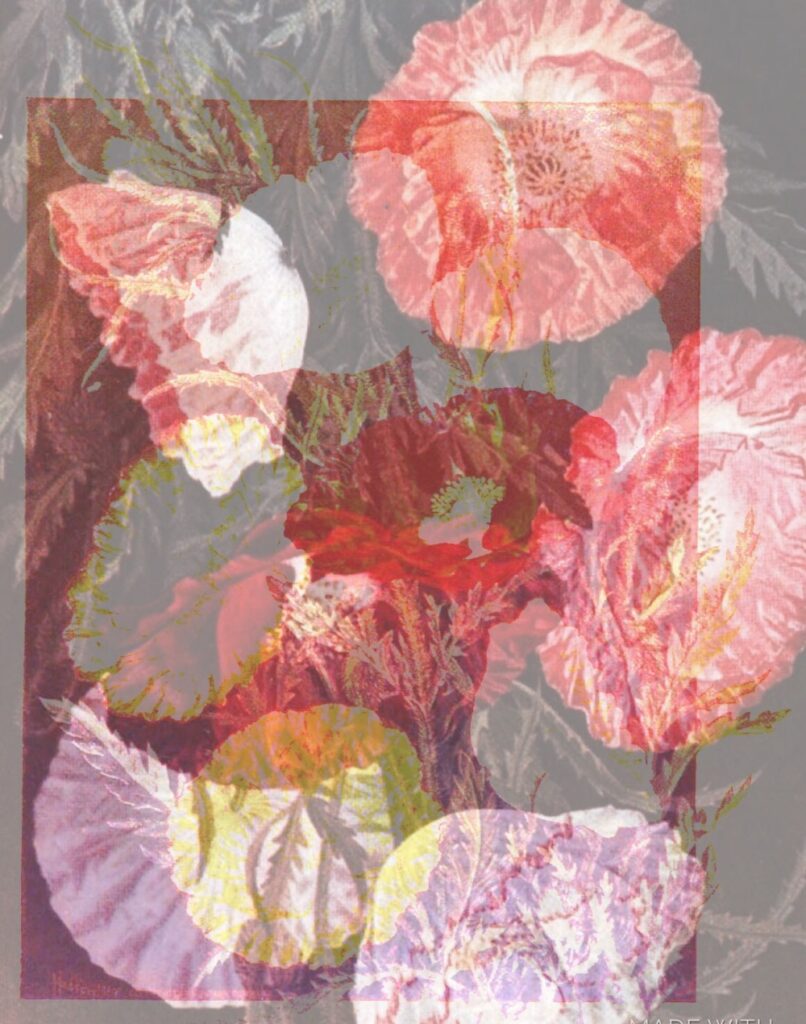 Anyone who knows artist Cynthia Parsons McDaniel marvels at her ability to be a modern-day alchemist.

She really is the queen of reinvention – long before it was a trend.

With likable charm and sheer force of personality, she seamlessly segues into various careers with elan. She’s worked as a movie publicist for A-list stars like Daniel Day-Lewis and shows such as Mad Men and 30 Rock. She’s been an executive overseeing Academy Award campaigns, a writer at In Style magazine, owned a successful events company, launched movies in Europe and the United States and was an Emmy-nominated NBC producer.

This list matters because it explains the source and style of her art.

Collages are what Cynthia Parsons McDaniel creates and what collectors and galleries are coveting. What are collages? The interconnection between seemingly singular objects that intersect while also standing individually.

Looking at her work, it’s as though she has parachuted into all these lives and then takes back souvenirs to place inside the collages.

“I was able to transition into art because I always think visually,” says Parsons McDaniel whose exhibitions include the New York Armory and Miami Art Basel. “I was able to incorporate my experience from designing movie posters  into my art.”

A common theme in her collages is flowers, with the iris being one of her favorite motifs.

“My mother had a greenhouse when I was growing up in New England and was always filling our 100-year-old house with flowers,” she explains. “I use flower images in illustrations, collage, diorama making and photography.” 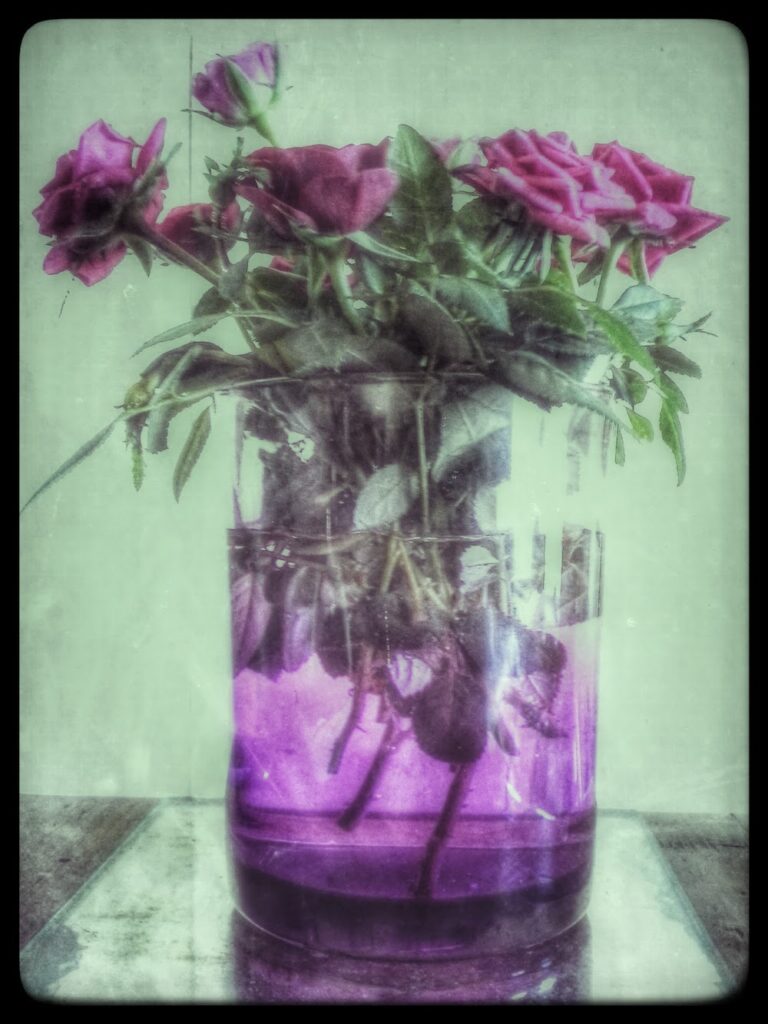 In one of her collages, she uses colored water since this is a style element in her own home designs. In another, the Francophile who says she was influenced by “the dada and surrealism movement” used Cezanne as a muse taking dry flowers on the copier and drawing over the image.

Another work is inspired by working with movie icon Elizabeth Taylor. 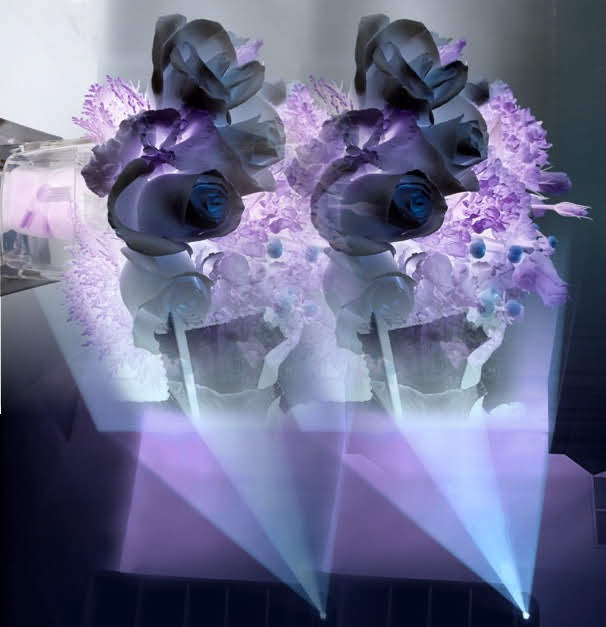 “I worked on her jewelry book and later the auction of her jewelry at Christie’s,” she says. “I used a photo of the flowers from her event and merged them with a movie camera from the cinema as a photo montage overlay.”

Aside from her childhood roots to flowers, she benefited from a buying power perch to sample great floral art, visual narratives that seep like water into her art.

“I had unlimited budgets for events at In Style with the top florists around the world,”  she says.  “I remember ordering cherry blossom trees when I did a Nobu event  for an actress and another where we did the reopening of the Opera House in Versailles where flowers played a key role.”

But the role she personally relishes now- aside from being a wife and mother – is as an artist. It really is a full circle.

After all, during college, she found her way to London and studied with Lord Snowden,  the official photographer of the Royal Family and married to Princess Margaret.

“I just always wanted to do this and then realized I needed to,” she says.

Like many people seeking new possibilities, she first knocked on the door of a school to revive her past passion.

That school was the National Academy of Design. -and sure enough – she ended up being asked to exhibit her work at the museum. 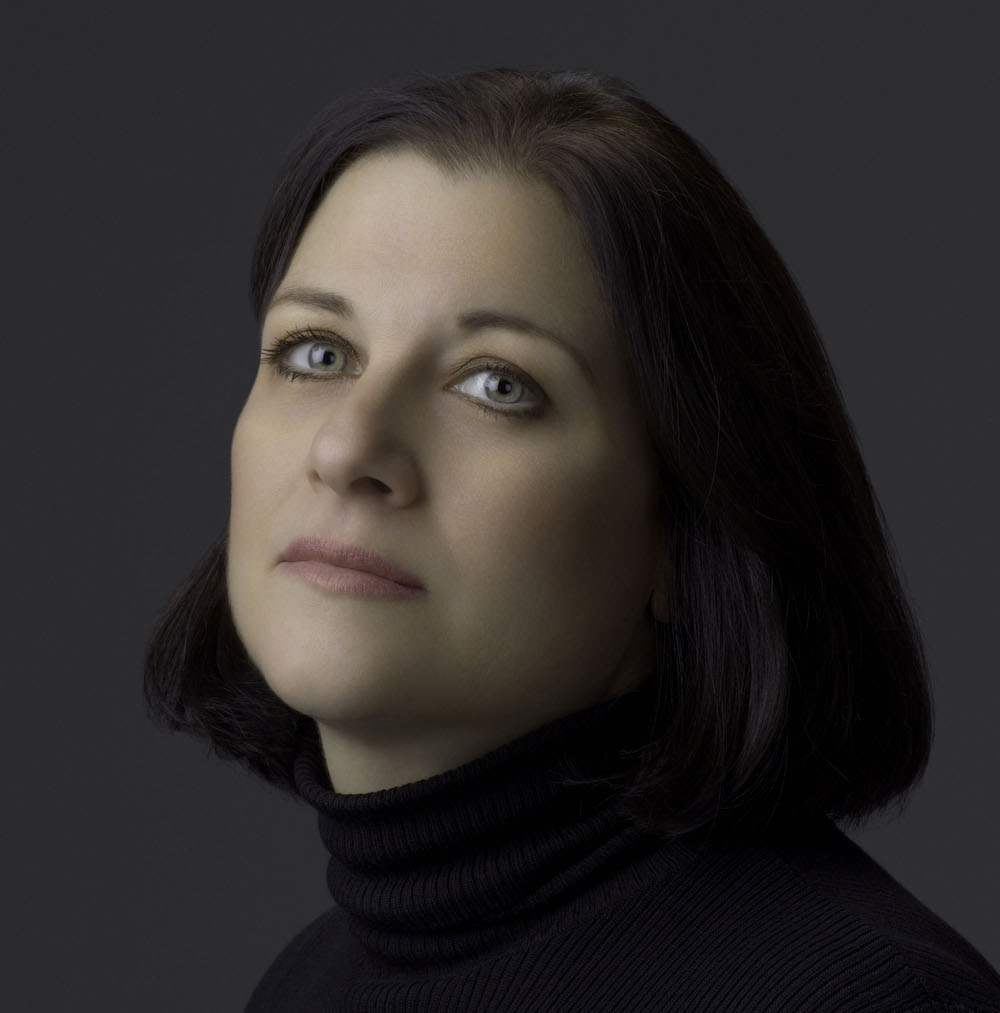 As a keen observer, having had to manage big personalities as well as the emotional roller coaster rides of career, motherhood and love, her work has sheer curtains of emotions that compel.

Sadness, happiness, beauty and blurred lines, there truly is poetry to the collages.

Maybe that’s not surprising because her father was related to the poet Robert Frost – and her grandfather was not only a friend of Kahill Gibran who wrote “The Prophet” but asked to be a pallbearer.

For now, she is constantly creating new work with an experience-full lens and awaiting more gallery shows. “We should all look at this time as a period to create,” she says. “There are lots of stories to tell.”